The world is a simulation.Bookmark here

It was what I confirmed come the 10th of August, walking by Kyoto's famous Nishiki Market by Nishikikoji Street buying groceries and without expecting any aberration, not a deity sitting down an offertory box, certainly not of twins strangling one another in the middle of the town, and never I could have imagined meeting my magnum opus.Bookmark here

Living along Kyoto─or presumably in any part of Japan─for a Filipino student was hard, coping with the culture and all. But the difficult necessity I had to pursue and cope with was interrupted by the encounter of an unlikely character, scarce from any preparation that I was taken captive in its insanity.Bookmark here

During the event, I learned the novel way how the world runs inside a computer.Bookmark here

Everyone─including me─are mere Artificial Intelligence units cultivated to be used in the world over, for reasons I have insufficient knowledge of although I know the concept isn't unfamiliar.Bookmark here

Queasy to tell, conspiracies were, and are still being, documented across the globe.Bookmark here

And more sickeningly, it was the premise of the web novel I was writing for the time─the snap of coincidence turning unto surrealism.Bookmark here

Nonetheless, this story about the discovery of the simulated world won't become an adventure. Whence it could never be a journey, and certainly not at the bounds of chasing after conspiracy theories.Bookmark here

It is but a survival for the surrealism brought by the developers.Bookmark here

Whence struggle is portrayed in silent and slow manners, to no issue of rebellion towards the true creators. There was no sliver of aggression all throughout, as we couldn't possibly fight back. As someone who paid allegiance to the butterflies who screamed for peace and government, I could only see the insignificance of our world─and thus, play along the sidelines without caring for what would exist or what would be lost.Bookmark here

That's about it for a prologue.Bookmark here

Once you enter, please be advised─how the end of the book could potentially be the most despicable despite its carefree depiction.Bookmark here 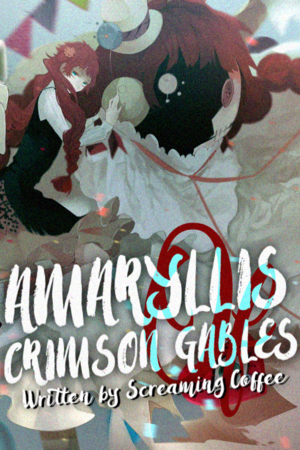