If you got this far, thank you for at least taking a gander at what I have to offer. If you choose to not read further that is fine by me. But if you do want to read on, then please do so, and if you end up liking it feel free to leave a like on the novel. However, if you do not end up liking what you have read, then please do not hesitate to tell me why, as that would help me improve for the future.Bookmark here

This story is based on the original premise of Sword Art Online (SAO). When the first VRMMORPG was released, the players became trapped and then had to survive until the game is complete. However, I did not want to just retell that story as that would be boring. So, the original concept for my story was to take all of the things that I did not like about SAO, change them, and just generally improve on the concept. This includes but is not limited to, the characters, the game, the story, the protagonists, the antagonists, and everything in between. This story will share a lot of its DNA with SAO, but it differs in the smaller details and attempts to tell a much more mature and harrowing story where the players are not saved by some random who just so happens to be overpowered for no reason.Bookmark here

This story is planned to be released in parts starting with Ascendance Part 0: GLHF. The original idea was to release each part as a separate novel but recently I decided it would make more sense to release it as one novel but separate each of the parts within the novel with clear beginnings and endings.Bookmark here

As mentioned in the notes of this work this is my first time releasing any of my work, and because of that there are guaranteed to be a lot of mistakes, from spelling and grammar to pacing and characters, the errors will likely be extensive. However, I never set out to release a perfectly written work in the technical sense. I wanted to both, get the ideas out of my head and down on paper, and I also wanted to step outside my comfort zone by releasing my work for anyone to see.Bookmark here

On top of this, I plan to rewrite this story once it is complete, implementing all lessons I learned along the way, in the hopes of eventually releasing the best possible version of the story.Bookmark here

Anyway, thanks for putting up with this ramble. I hope you will enjoy what you read following this, whether you decide to read this story or someone else's. Again, if you like it feel free to let me know, but more importantly if you do not like it, please let me know why.Bookmark here

Thank you, and I hope you have fun reading.Bookmark here 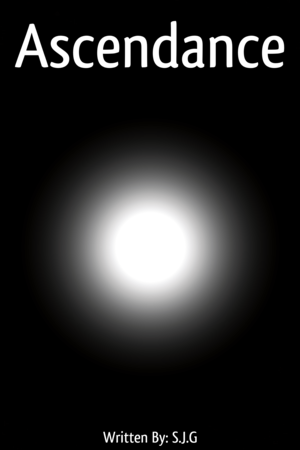