Maximilian Ways to Die in the West

Chapter 0 – Maximilian Ways to Die in the West

Maximilian Lovegood. American. 19 years old. Student at Saint Rosencrantz’s College for the Intellectually Gifted. He has an IQ of 253. When you’re smart like him, people tend to avoid you out of fear of your superior intellect… Or at least that’s what he tells himself, anyway. After all, why else would everyone be avoiding him? He always turned in his assignments on time, he attended every afterschool class imaginable, he had the highest grades in the country, he was even the president of the school’s Japanese Animation Fan-Club (of which he’s the only member, LOL), so it didn’t make any sense! …Ahem, let’s step back a bit. Who’s this douchebag, and why should we care about his troubles? Well, listen up, ’cuz I’m about to drop some context on your ass, so you better be prepared…

Saint Rosencrantz’s is a very prestigious college. A student has to score 175 or higher on a government-mandated IQ test in order to even have a chance to enroll! Saint Rosencrantz’s is also a dormitory. Unlike a typical American college, each dorm room is supposed to house one boy and one girl. At the start of the semester, the students had to pick a partner to room with for the whole year. Our precious Maxie must have asked every girl on campus, but they all rejected him! Didn’t they know who he was?! He was Maximilian Lovegood! American! 19 years old! Student at Saint Rosencrantz’s College for the Intellectually Gifted! He has an IQ of 253, dammit!

…And yet, at the end of the day, he was the only student on campus who didn’t have a dormmate. Although that was a week ago, Maximilian was still moping about it as he lay on the king-size bed in his dorm room, alone like the loser that he is. The only reason that Maxie chose to study at Saint Rosencrantz’s was so that he could finally have the chance to get with a hot girl, but now it seemed like that was going to be impossible! ‘Do girls these days no longer dig an intelligent man?’ ‘Why do nice guys always finish last?’ Those are the kind of questions that this pathetic incel asked himself as he wallowed in his own filth.

Maximilian’s sulking was interrupted by a knock on his door. Could it be one of the girls that he had talked to the week before? Did this insolent little fool regret rejecting him at the start of semester? Had she come to beg him to be her roommate? Oh, he could hardly contain his excitement! (And neither could his pants, if you know what I mean? Wink, wink.) Maxie jumped up from his bed and rushed to the door! Who could be waiting for him on the other side? Could it be Lily Orchid, the sexy science-major with the thick glasses? Or maybe it was Dublyn Beaumont, the sexy mathematics whiz with the large breasts? Or better yet, was it Zoe Olayinka, the sexy exchange-student who didn’t understand Saint Rosencrantz’s strict dress-code?! Oh, the sexy possibilities were endless! (Bleh, I wanna barf…) Maxie confidently kicked the door wide open, and…

Before him stood Mr. Fleming, the school’s history teacher, who was also the vice principal (and who was also also not a sexy college girl).

Mr. Fleming adjusted his tie as he spoke. “As you know, there are an odd number of students attending Saint Rosencrantz’s College. That is why we were unable to find you a roommate...”

“Don’t remind me,” Maxie said bluntly. That was the last thing he wanted to hear at that moment. “Unless you can turn yourself into a hot girl, I’m not interested in what you have to say.”

“Ho, ho, ho,” Mr. Fleming chuckled, laughing like a Kris Kringle who had just heard the funniest ‘yo mamma’ joke of all-time. “No need to be so cold, my boy! I come bearing some good news!”

“Oho?” Our intellectual protagonist’s ears twitched like a cat-girl from one of his Japanese animes.

“We’ve got a new exchange-student! I’m aware that this is rather last-minute, so I hope you don’t mind that she’ll be rooming with you?”

Maxie’s eyes lit up like a firework. A new exchange-student? If she was even half as sexy as Zoe Olayinka, then his luck had finally turned around! “Where is she? Is she hot? Does she like Japanese cartoons?!”

Mr. Fleming stepped back, revealing a petite, pale-skinned girl standing behind his girthy body. The girl had a rather dichromatic fashion-sense – She wore a plain white shirt, covered by a black necktie and a black overall dress that only had one shoulder strap. (It was a right strap, in-case you were wondering.) Her legs were covered by a pair of white pantyhose, her feet adorned with black Mary-Janes. Her hair was long, black and straight. Her crimson red eyes commanded attention, being the only splash of color on the girl’s body. (Take a shot for every time that I used the words ‘black’ or ‘white’ in this paragraph…)

“Hello,” she spoke with a soft accent, but Maximilian couldn’t quite tell which country she was from. (Where’s your 253 IQ now, nerd?!) “My name is Kuroni Kuru, lol. My family just moved here. Pleased to meet you, roommate-chan. Lol.”

Maxie wasn’t sure if she was trying to say ‘Laugh Out Loud’, or if ‘Lol’ was just some weird verbal-tic of hers, but either way it was kind of cute.

She was Kuru Kuroni (or Kuroni Kuru, if you’re a weeb). Japanese. 18 years old. Exchange-student at Saint Rosencrantz’s College for the Intellectually Gifted. She has an IQ of… 75?! In-case you’ve forgotten, that’s a whole 100 points lower than the IQ required to study at Saint Rosencrantz’s! ‘But how,’ you may ask. ‘How could an idiot like her bypass the fracking IQ test?!’ Two words – Money, bitch! Kuru may be thicker than a bimbo in a porno, but her millionaire father was able to bribe the principal into letting her enroll at Saint Rosencrantz’s! Little did Maximilian know, but his new roommate was actually the least intelligent student in the whole school! Oh, how ironic!

Is this girl seriously going to become the sexy girlfriend that Maximilian had hoped for?! Or will his perfect, sexy dream crash and fall?! If you dunno, then I dunno! So what are you waiting for?! Stop reading this prologue and start reading the actual novel, dipshit! 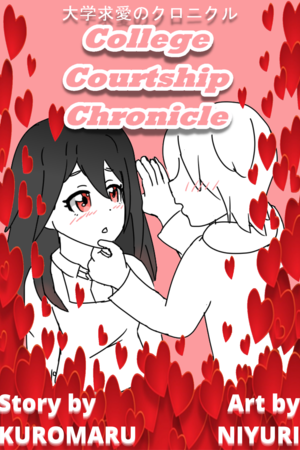