As he walked away from the bar, he felt nothing but regret. Anyone so much as glancing at his face could tell that. He didn’t want to go to begin with, but he knew they would talk about him as the enemy. He thought that if he showed up, they wouldn’t have the audacity. Instead, they just danced around the idea the whole time he was there. He knew what every joke actually meant, what every sly comment really contained, and what everyone was actually thinking.

They blamed him. If it were five years ago, they would not hesitate to berate and persecute him until he left the premises, but perhaps adulthood actually did do something for him. It forced everyone to be mature or face embarrassment.Bookmark here

He looked down at his watch as he turned the corner. The streets were so crowded at this hour, it would take him some time to get back home. As he squeezed through the crowds, he felt like he was lost. He knew where he was and where he was going but he could not understand the “what.” “What am I doing?” was swimming through his Olympic pool of a brain. Ever since graduation he had that feeling deep inside. It only came out whenever he broke his cycle. If he didn’t repeat the wake up, go to work, go home, and go to bed cycle, there was time to think. When there was time to think, he always came back to that question: what am I doing.Bookmark here

“Watch it, idiot!” a man in a black coat yelled at him as they collided in the middle of the crosswalk.

He must have been so lost in thought he didn't even realize he was crossing the road already.Bookmark here

“Sorry! Sorry,” he bowed, but the man only scoffed and continued walking on. “Perhaps thinking right now isn’t the best,” he thought to himself.Bookmark here

He stood there for a while, staring at the asphalt beneath his feet. The crowd walked around him like a rock in water. He felt so tired. This had been the first time he attended a social gathering in almost a year now. He thought that it was all of the interaction and listening to old stories that had him exhausted.Bookmark here

A loud noise blared to his left.Bookmark here

He looked up, realized the crowd disappeared, then snapped his head to the sudden noise. Someone was angrily punching their horn at him. He quickly bowed in the direction of the car before sprinting to the other side of the road. The pedestrians waiting there concerningly stared at him as he pushed through. He wanted nothing more than to get home – to be done with this night. He should have never come out here. Nothing good happened, he didn’t have fun, and he didn’t “reconnect” like the invitation said. Bookmark here

“Why did they even bother inviting me anyway?” he whispered under his breath.Bookmark here

He walked up to his apartment complex, it’s manila color further depressing him. He should get to bed before his neighbors started their regularly scheduled screaming at video games in the middle of the night. He stared holes into their door as though that would make it stop, before unlocking his own door and stepping inside the darkness of his home. The door clicked behind him. He let out a deep sigh and slammed his back against the door. He could probably cry right now, but that wasn’t going to fix anything. He just slid down the door until he was huddled up in his entryway. He could fall asleep right there if he wasn’t already deep in thought.Bookmark here

“Why am I not happy? Why do I feel alone? Am I even going anywhere?” he began to wonder.Bookmark here

The age-old questions swam through his mind. So many people have asked these questions, but very little actually mean it like he does right now.Bookmark here

“What am I even doing…” he said, standing up.Bookmark here

He walked further inside his apartment. He didn’t even care to take his shoes off. At this point, I thought he would just collapse on the bed, but he turned to the bathroom instead.Bookmark here

“What are you doing?”Bookmark here

He stepped inside the bathroom saying, “No one wants me around, right?”Bookmark here

“Well, let’s just do them a favor, huh?” he said to his reflection in the mirror after flicking the light switch.Bookmark here

“You aren’t thinking straight. You can’t reach this conclusion so fast.”Bookmark here

He reached for the mirror.Bookmark here

“You can’t be serious. You can get help you know?”Bookmark here

He swung it open. An array of different colored bottles lined the small shelves inside.Bookmark here

“You are only looking at the negative.”Bookmark here

“It was all my fault. I’ve done nothing but pay for it,” he stuttered while grabbing two medicine bottles at random.Bookmark here

He placed the bottles on the sink counter. He quickly twisted the caps off of each, hands shaking. A drop of water fell onto his finger. Bookmark here

He finally noticed he was crying.Bookmark here

“You don’t want to do this.”Bookmark here

“I’m sorry,” he muttered between sobs. “I couldn’t say that back then. I wouldn’t have been forgiven anyway.”Bookmark here

He slowly raised the bottles to his mouth. He thought about what he had done, or rather, hadn’t done. So many regrets, so many friends lost, so many opportunities missed… all because he was selfish.Bookmark here

He closed his eyes and began swallowing the pills as they poured into his mouth. Bookmark here

I could see the pain on his face as he dry-swallowed pill after pill. I wanted to stop him. I just wanted to grab the bottles and throw them away, but I couldn'tBookmark here

“You think I can let you go like this?” I said, but he couldn’t hear me. He never heard me.Bookmark here

He began to cough profusely and fell to the floor. The pills flew out from the bottles in his hands and skated across the tile around him.Bookmark here

“Long ago I promised you a change.”Bookmark here

He continued coughing and spasming on the floor.Bookmark here

I can only imagine his final thoughts as he lay there.Bookmark here

But I always keep my promises.Bookmark here 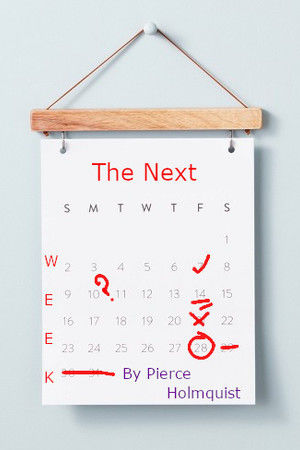