The story begins in 2022 when two families are at war with each other, one side is the Capulets and their families were wealthy and have been recognized far and wide as the best swordsman in history.Bookmark here

The other side is the Montagues, their family are both assassins and blacksmiths, and they are proud of their family heritage and they strive to honour it until the end.Bookmark here

This war between them had started back in the late 16th century, Capulet’s ancestor, Sue Capulet, and Montague's ancestor Vernon Montague were both found slaughtered by their families and the kin blamed the opposite family for their family members’ unholy death. For more than 400 years, they have fought one another generation after a generation, their bloody grudge had affected the balance of what was once their home now turned into a battlefield and many innocent lives were forced to die by their hands.Bookmark here

“We sought no end to our suffering until the Montagues have their blood on our shoes.”Bookmark here

“Those Filthy Capulet’s only lurk in the back, while we stand true to our code and every drop of blood, is a sign of how strong we have come.”Bookmark here

In 2022, we come to the story of what many people would take this story as William Shakespeare’s Romeo and Juliet but the only end will be told if their story is told correctly.Bookmark here

“The battle is between our masters.” Three Montagues stopped at a local gas station, “The battle is with us Montagues as well…” The mature Montague left to step inside the shop while a blue car arrived at the gas station, “here come the scoundrel known as the Capulets.” The younger Montague prepared his sword for anything to happen, “We wish not to fight young sir (laughs). And if you are smart enough, you will not act foolishly towards us.” The young Montague pulled away from his sword but then, the Capulet made a hissing sound which made the Montague jump, he began to make fun of the jumpy Montague, “I will put my thumb to them which is a disgrace to them if they know it.” The Montague did what he would do and bit his thumb at them, the Capulets were enraged and asked the Montague, “do you bite your thumb at us sir?”, the Montague denied it, “I do bite my thumb sir!” the Capulet felt angrier and shouted at the young Montague, “DO YOU BITE YOUR THUMB AT US!! Sir?!” the Montague asked his Montague kin, “will I be safe if I say I do?” he shook his head “no.” the young Montague turned his head to the Capulet and told a lie, “no sir I do not bite my thumb at you sir but I do bite my thumb, sir!” They continuously argued until the kinsman was returning, “YES SIR I DO!” The Capulet snapped, “You Lie!!! … Draw if you wish to die!!” the mature Montague returned and drew his sword, “enough!! We wish you no harm! ... Now we will leave and will forget this experience had occurred.” The Capulets looked at one another then laughed, “what point is there of leaving? The cat has returned.” The Capulet pointed at someone who was smoking a cigar and smiled as he looked into Montague’s eyes, “what a pathetic man you have grown up to be, I watched you drench your body with our Capulet blood and you smile with glee… look upon fate Benjamin Montague and now look upon death.” The Alpha Capulet drew his estoc blade, “as I have said, I wish for no violence Joseph, I only offer peace.” Joseph dropped his cigar and destroyed it into pieces, “Peace? Peace? You talk of peace as if there is a chance for mercy! I hate those words as I despise hell, all you Montague scums… now die!” Joseph violently charged in Benjamin’s direction, almost piercing into his ribs, the young Montague had trouble pulling out his sword so both he and the kin abandoned Benjamin as he was forced to do battle with Joseph, the other Capulets went after the Montague scum, leaving Joseph to deal with Benjamin.Bookmark here

“Submit to your death scum! You as well as the assassins will die on my feet!” Benjamin refused to do so, “I will never give up, not just for my family but for peace!” Joseph laughed maniacally as stabbed Benjamin in the eye, Benjamin’s eyes started to bleed, “time for your chapter to come to an end!”Bookmark here 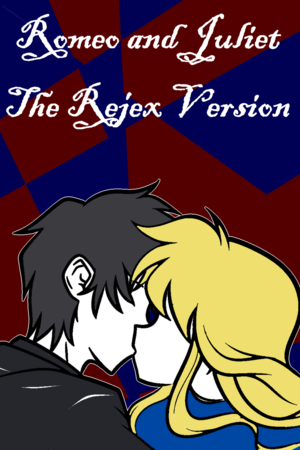