Transmigrating Into the Nightclub's Bathroom Stall

Yume stirred in her sleep at the sensation of something cold brushing her temple. She jerked away, sleepily swatting at the persistent attempt at her skin. Her body woke to a a sharp pierce stinging her temple, but her movements froze within a blink, eyes fluttering closed before she could fathom the sudden intrusion.

Her head dropped against her pillow with a small thump, and distant voices started to fill what sounded to be a small room. Sharp echoes punctuate every noise made, every sentence exchanged. Between the movements of doors and the running water, muffled bass reverberated beneath everyone's feet, including Yume’s.

Are there people in my bedroom? Is Aiko throwing a party, now of all times?

“What in the bolts, Anneliese? I haven’t seen you in like a decade! How are you?!”

Yume flinched at the sounds around her, feeling trapped in heightened senses. Everything that was happening around her excluded any visual clues. Although her eyelids fluttered with intent, all she could see from behind her eyelids was the presence of light above her.

There was a loud clatter of products on a countertop, followed by an excited squeal. “Can you believe Mavis is finally having their first show in Neo-Tokyo?”

She exhaled sharply through her nose, agitated over the lack of bodily control. It was apparent to her that she was in public, but the extent of her body’s lacklustre response to commands was a whole new mess to experience on its own.

This wasn’t the first time something stopped working. Yume is no stranger to these frequent occurrences given the condition of her nervous system, but the eyes?

Out of curiosity, she flicked her fingers and wiggled her toes to test the extent of her frozen state. They were perfectly fine, but the familiar warm duvet and satin sheets were absent.

Yume shrunk at the sudden question, now conscious that she was most definitely standing somewhere other than her room. A bathroom—a public bathroom—in some club.

I must look ridiculous to whoever’s looking at me right now, sleeping while standing in the middle of… a bathroom?

“Yeah, whatever. That sleazeball with the body mods at the bar? People like him ruin the club experience every single time I go out. I might just try to buy my way into the Suika’s Lounge next time…”

A hearty laugh filled the brief silence, “I hear ya! I heard the dancers there are real pretty, mostly un-modded too.”

Oh, they’re talking about something else…

She willed herself to wake up from her semi-paralyzed state, slowly regaining control over her body. A deafening and sudden flush startled her into a jump. She backed away from the source of the sound, searching for safety away from the noise.

The adrenaline must have been enough to convince her eyes to open because she blinked with recognition, eyes drifting towards the toilet before her as a deep gurgle emitted from the porcelain bowl.

Blue eyes darted around the confines of the bathroom stall. Powdered grey steel felt cool to the touch of her flushed skin, and the fluorescent light flickered above her when someone slammed the stall door next to hers.

“Wait, why the hell am I in a bathroom stall?”

An aggressive and unnatural knock pounded against the stall door, piercing her thoughts. The obnoxious sound sends the panicky woman away from the door with a yelp. The side zippers of her ankle boots get caught, sending her stumbling. She barely managed to catch herself, her body hovering too close to the gross toilet seat for her liking.

She pulled herself away from the awkwardly held position above the toilet and unlocked the latch on the stall door. A woman with pin-straight, magenta hair had herself propped up against the steel structure by her mechanical prosthetic. Her imposing figure—emphasized by broad shoulders and golden eyes—stared Yume down with impatience.

The shorter of the two ducked away from the sharp gaze and side-stepped from the doorway. "Sorry, I—here you go."

Shit, she probably thinks I was snorting erozyl or something...

"I wasn't doing anything, I swear!"

"Could give less of a rat's ass about what you were doin’, move—"

Yume jumped out of the way as the woman slammed the door abruptly, nearly carving the tip of her black boots with the sharp corner.

A group of girls who looked no older than sixteen pushed past Yume in a beeline towards the bathroom door. A boy with a mullet nudged her next and excused himself with a smile as he followed after them.

The music flooded in from outside, and the bass grew louder; a familiar synth tune accompanied the low frequencies. Yume curiously followed the sound, a foot jammed into the door before it closed completely. There was a stamp on the back of her hand that glowed under the hallway’s black light; クラブゆず。

The last time she stepped foot in this club was when Sylas produced music under the moniker, Akios. A well-known artist had scouted him to be the opener—a big step in his music career at the time, though short-lived.

The sea of people moved to the beat, some in messier steps than others. Yume dodged overexcited elbows and strategically ducked out of frame as she passed groups of friends getting their photos taken. Sweaty bodies bumped into Yume, knocking her around like a rag doll, until she was free from the main crowd.

She certainly did not miss the clubbing scene, nor did she miss the loud music that assaulted her sensitive ears.

As she cleared from the back area, a name flashing along with the neon visuals above the stage caught her attention, MAEV!S.

So that's who they were talking about...

MAEV!S faded out her music, and the club simmered down for her to address them through her microphone.

“This next song right here—I’ve been working on it for the past few months, testing new sounds and I think I finally got it right! It’s unreleased, but if you guys like it enough, maybe I’ll release it on my next album!”

Hoots and hollers erupted from the club-goers as they chanted her name like some deity. Still, Yume tilted her head at the hyperdelic visualizers responding to the new song that flooded the establishment.

Nothing about the tune was original, and the lack of changes indicated that it wasn’t a remix either. The song was too familiar—one Yume was convinced she had heard at least a dozen times in the past, but no one around her seemed to notice.

She turned at the sudden beckon, eyes searching for a familiar face in the crowd, only to be met with none other than a silver-haired man who approached. He looked alarmed and a little bit irritated.

They both shared a painstakingly confused look as if nothing about each other’s reactions made sense—because it didn’t.

Blue eyes averted from his face to the way his silver hair was tied up, revealing a dark undercut.

Yume reeled back, scanning for some tell as to who this man was. It was starting to feel awkward, so she decided to indulge his conversation starter.

“I’ve been calling for you from the bar since you left the washrooms, but you didn’t respond.”

The man paused. “Are you okay? You don’t seem well.”

“I don’t know who you are... Why are you speaking to me so casually?”

Yume stepped back from the man, buying some distance between them on the dancefloor. A chill ran down her spine at the way he gave her body a once-over. He followed her steps, leaning in for a closer look at her eyes.

“Excuse me!” Yume took another step as far back as the heeled boots allow for before she started to lose her balance.

His face falls. “Did you take erozyl?”

“Did someone put something in your drink?”

Did she? She wasn’t able to recall drinking anything, so she remained apprehensive.

Is this why I don’t remember coming to the club?

The man pointed to himself, eyebrows raised in bewilderment, “It’s me… Sylas? Sylas Ōtsuka? Ōtsuka Sylas?”

What in chipped bolts is happening right now? 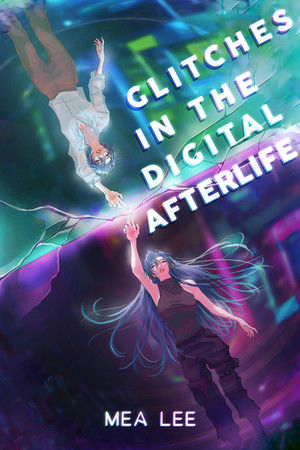