In a perfectly normal, big countryside town, there was a young boy named Brian Timber Bolt. An ambitious boy, who hated to lose; almost to anyone on anything. On the other hand, he was silent, but laughed when to laugh, wouldn’t cry when not to cry and was extremely scary when mad. Brian’s father, Mr. Bolt was rich, but a really humble and cooperative man. All the people in this small town knew him. Mr. Bolt knew the town’s rules as much as the mayor. He was conducting a couple of businesses here in the town and almost all of them were, horse-based.

Little Brian never celebrated his birthday; eleventh November, but he always tried to put others away from any troubles and keep them happy. When he was five (close to six), his younger sister, Emily Bolt was born on the sixth of October. After that, his mother wasn’t discharged from the cottage hospital due to some abnormality in the recovery process. The doctors had sent a few experienced staff members and Mrs. Bolt on a train to a village called Saintia; a village that specialized in medication and had a great history of saving lives of any living being in serious situations. Sadly, on the day of celebrating Brian’s sixth birthday, a friend of Mr. Bolt said that Mrs. Bolt had disappeared. The train had collapsed with the bridge (found in the railroad between this town and the village) and some crates were swept away by the rapid streams. Though no one was reported to be dead; gladly, the only evidence Mrs. Bolt had been there, was the word of the staff members of the town’s hospital. Otherwise no clues. But rumors spread that she was dead since she didn’t come back to the village. That day, Brian Bolt’s tears got locked behind his eyes. After that, their father had been working hard and that work paid back, making him rich. He raised his children in the town giving them total freedom to enjoy life and protecting them from any unwanted dangers.

Brian was not simple-minded. He’s sharp in senses and had a higher imagination but, laid back on paper works. He was kind and sort of aggressive to the bullies. He did not give up anything. His sister, on the other hand, was shy, silent in public but really attentive. Also, she was the class ace. And she was not much into sports and was weak in her physique.

The town’s name was Broken Willows. Not much modern or stuffed with houses. Calm, greeny, and spacious small town. Here; there were two ranches, a couple of farming fields, Two medium and large-scale horse-racing tracks; Livestock farms in each. One school, three cottage hospitals. Two for humans and one for animals. Both ranches had one big horse stable each. And twice a month there was an auction that sold goods and livestock; including all types of horses, sheep, cows, goats, etcetera, for best bids. In the middle of the town, there was a small-town square-like thing. Almost like a wonderful garden. The place was for relaxing. No noises, no conflict zone. In the middle was a big beautiful fountain surrounded by a long round chair made of bushes covered with leaves. In other words, you can sit or sleep on it. And also, beautiful walls with flowering vines. There was no other place for nice relaxation like this, in the town square. But, only on holidays, the town square was closed for relaxation and opened for fun activities. Still, vandalism was strictly prohibited. Mayor and Mr. Bolt helped this town to organize surprising events for people on holidays, without disturbing traditions passed down from ancestors.

The story continues to the beginning of multiple friendships and new friendly bonds within ambitious rivalries. 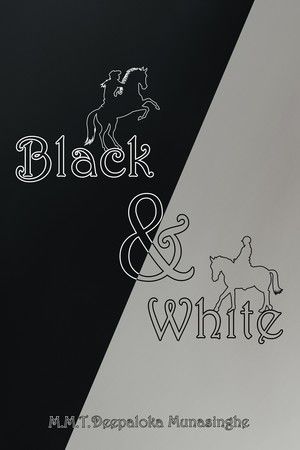