Limping over the remaining bodies of werecats that laid along on the forest floor, the direwolf began to regain its strength. As the wolf gradually regenerated its wounds at excessive speed, it began to sprint to the last remaining werecat. The wounds were completely healed. As the last werecat was heading toward the forest exit, the wolf lunged forward and took hold of the werecats' neck with a sickening snap. The werecat shook violently, trying to shake the direwolf off but it was too late. The direwolf began to apply more force as the werecat struggled, turning its jaws into a deadly weapon (known for holding enough strength that the direwolf could almost throw a twenty-pound car into the air). In pain, the werecat squealed and squirmed. Now, with full strength, the direwolf pounded into the ground with its enormous paws, bringing its jaws down even tighter, inflicting pain into the werecat. Shaking violently, the werewolf then tossed the werecat out of the forest. The body of the werecat landed in a nearby lake, blood dispersing through the water. The direwolf howled victorious into the dark, starry night, towards the moon.Bookmark here

After the full fight, the direwolf decided to find a new territory - someplace rather quiet and peaceful, where it couldn't be seen and where it was dangerously accessible by foot. Scanning the area and smelling several scents, the wolf's nose picked up the scent of enchanted hetra berries up north. Sniffing its way, it passed various sceneries, from the night starry sky to the midst of the rocky mountainsides. One sight, in particular, was near the waterfront that was located along a cliff where greasy, green vines grew. Behind the waterfront, at a very far distance, a tiny pathway became illuminated, which could only be seen very faintly. The whistle of wind echoed among the mountain's range and made a flute-like whistle as the wolf continued its way. Through the canal it went, the wolf exited and found two cliffs insight. Along the cliff near the second one, there was a break in the path. In that break, another fountain was visible. On the second cliff, an iron bridge was visible.Bookmark here

It led to a floating island in the sky where it hovered over the vast sea. The island had the scent of the hetra berries the direwolf smelled earlier. Up and onward it goes, the wolf analyzes the path. Getting ready in a stance, it launched forward with incredible speed, powering through and running on the bridge to the floating island that is visible at sight, which made a swinging effect. As the wolf made it, a broken sign appeared that said "Hetrania" but some of the letters were faded and rusted. Without knowing the consequences; the wolf went into the forest on the floating island that looked completely deserted at night. Still not fully recovered from the previous battle, the wolf went to a nearby lake to drink some water. A tender feeling of energy flowed back down the wolf's body and made its way around.Bookmark here

All the tiny incapable wounds, blisters, and bruises were healed. As the night and the sky collided, midnight came forth. It was about a quarter after midnight now and in the morning darkness, the wolf marked the floating island as its new territory all around it - with deep claw marks on the trunks of trees and scents of urine. The size was humongous! The island spanned ten miles long and the elevation was measured around thirteen-thousand feet high. The wolf settled in a den to wait for a day that ought to come. Trickles of the lake can be heard, crickets began to chirp and the sounds of frogs could be heard in the distance. Owls began to fly around, searching for mice and bats to prey on. Birds tagged along for bugs and some fruit if they were lucky. It was a calm, peaceful, quiet night.Bookmark here

Near the next morning, after the fifth month and into the sixth, the sun rose from the east around five in the morning. The wolf was awakened by the smell of enchanted hetra berries once again. As the scent continued to grow larger, the wolf followed the trail of the smell. Shiny, purple-luminescent colors of hetra berries hung down from a bending tree north of the wolf's den near the trickling lake. Examining the berries, the wolf found it safe enough to eat - to replenish his hunger. After filling his stomach up with the nutritious berries, the wolf began to explore his newfound territory. The songs of birds started and the wind flow began to pick up. Wildlife began to spring into action as deer, birds, ocelots, squirrels, and even monkeys roamed over the place. The wolf watched the wildlife scattered into place and the world came alive. Scanning the area, the wolf spotted a cave in the mountains, west of the berries. The sun's rays of light shone into it and flowing lights were visible from the cave entrance. Curiously, the wolf trotted along the gravel path that led to where the cave was.Bookmark here

When the wolf reached the cave, it peeked in. Light continued to shine and so the wolf entered-it was a sight to behold. Large amounts of shining-glowing even-water and crystal-like gems shone brightly as the sun's rays reflected against it. The cave went deeper in until the wolf reached a kaleidoscope-like area where pillars could be seen. At the back center of the cave, a chest, and a prism-like tower became visible. A stone statue appeared on the side, hanging on the wall to the left where it showed a figure of a jacket that had no sleeves to it. It had spike-like cylinders on the belt bulging out of the statue. There were four chiseled pillars in the center arranged in a circle like-pattern. The place seems to have been carved out or been built by someone with great intelligence and skill to make a cave-like kaleidoscope.Bookmark here

As the wolf scanned the area it saw nothing else too out of the ordinary, so it walked back to the entrance. But a split minute away, the entrance sealed shut like an elevator door. Startled, the wolf jumped and moved back a few steps. In a running pose, it tried to pound open the entrance, but it stayed shut. It also tried clawing, but that had no effect either. Not even throwing a powerful tail-hit made any difference. As it backed away, the wolf was ready for a powerful brutal-tail swing. Curling its tail and hardening it with an iron ability, it pounced forward and delivered a powerful blow. Dust allocated within the air, but when it faded, the powerful swing did nothing at all. No dents or smears, the entrance was just too strong. Fearing what comes next, the wolf surrendered. It walked down the cave's hallway again to the kaleidoscope. The bright light began to shine and as the wolf walked closer, it noticed the pillars glowing vibrantly. It had a magnificent appearance.Bookmark here

Suddenly, the glowing light formed into waves and tentacles, flying out and latching onto the wolf. Struggling to get free, more came and subdued the wolf until it couldn't escape. The wolf howled as the grips began to inflict pain. Dragging the wolf closer to the center, a space like-chamber opened and the wolf was pulled into it. Then, pulses of beats pumped from the bright, glowing chamber. It repeated for nearly four times. Just then, a sudden flash of light brightened the entire place until it possessed the wolf, letting it take control. Afterward, the unconscious wolf fell from the massive cosmic entity that was floating in the center. Then the glowing entity then faded away. Everything was quiet until the entrance opened up. A gust of wind entered into the cave and left as the natural light began to shine in.Bookmark here 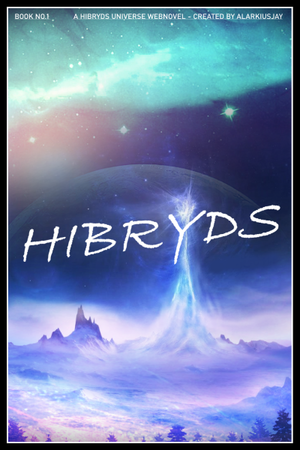