*THIS IS NOT A DRILL! STAY INSIDE AT ALL TIMES UNTIL YOU ARE TOLD OTHERWISE!*Bookmark here

The alarms didn't make much of a difference. Where an apartment building once stood had now been reduced to ash and rubble. The thundering sounds of destruction in the distance rang out and became the background noise for the screams and cries of many a civilian. Families forcefully torn apart and separated by mountains of rock. On a bench outside the once freestanding structure sits a young boy, couldn't have been older than 7 or 8. He sits with his shaking hands together, thumbs anxiously rubbing against one another in wait for news that he likely knows won't be positive. His head is down, and the redness of his eyes become the windows to what he is processing inside of his head. His legs, still too short to touch the ground from his seat, dangle in attempt to distract himself. He kicks the air beneath him, a gentle play at first that slowly got more aggressive. He raised his head as finally, an older man clad in fireproof armor walks over to the boy and kneels before him. The boy couldn't hear what he said due to the noise around him, but he could make out the words.Bookmark here

A tear ran down the fireman's face, and the boy looked on the verge of breaking down any second. But before the waterworks could give way, he hoisted himself off the bench and ran.Bookmark here

He didn't know if anyone was following him, not really paying the thought any mind. All he did was run. Far away, and as quickly as his developing body could carry him. He got pretty far, finally collapsing outside of yet another broken down building. Only when he fell to his knees from exhaustion did he start losing his grip on the tears. They began to fall, just as quickly as he had run. His cheek swollen, his eyes puffy, covered in dirt and scars. The boy was a mess.Bookmark here

Behind him, an elderly gentleman approaches cautiously. He didn't call out to the boy, but slowly walked closer until he stood directly behind him. He dropped to a knee and placed a hand on the boy's back. The young kid twitched a bit at the touch, but turned around and buried his face into the gentleman. He felt the old man's arms wrap around him, who felt his own eyes starting to water. He whispered into the boy's ear.
"I am so very sorry, little one."
"She's dead... My mom... She's..."
The boy tried to force out a sentence of explanation, but was stopped at the request of the man who had embraced him. "It's okay, you don't need to say anything."
The old man offers the boy his hand to hold--which he accepted--and walked him to where he had been staying.Bookmark here

As they walk, the man kicks rubble out of their way, making sure the boy didn't trip. He helped the boy across cracks that made themselves prominent in the concrete. He carried him over downed telephone poles. At every turn they took, the world around them somehow got in an even worse state than the street previous. If they hadn't grown up here, it would be completely unrecognizable. Traffic lights were struck down and destroyed, yellow shards and broken lightbulbs spilled across the intersections. The boy was careful not to step on any of it. The man turns to his left and sees a pair of legs underneath a giant piece of rock, proceeding to carry the boy facing the opposite way to avoid noticing. He knew the boy had already seen enough to last him multiple lifetimes, he didn't need to see anything else before this day was over.Bookmark here

The two arrive at their supposed destination, a once free-standing house now reduced to the height of a stop sign. The old man guided the boy to the backyard, where a staircase was found. Still holding the boy's hand, he guided him down the lofty stairs until they arrived at the mesh door, which had been ripped apart. The one made of wood behind it was still intact, and so the two made their way through.Bookmark here

The house was torn apart above ground, but the basement seemed to mostly have escaped destruction. The man grabbed an emergency blanket and a pillow from the closet by the door when they entered, and gently laid it on the ground for the young one to rest. He knew the child wouldn't be able to sleep, but hopefully at least he could calm him down a bit if only enough to talk. The boy graciously laid down and tried to relax, but he was shaking--the nerves too much to handle--and his brain was going a million miles a minute. Who is this man? Why is he helping me? What is this place? And why are all of the buildings and signs outside destroyed? After only a couple of minutes, he got up off the ground to see the older gentleman playing at what looked like his computer.
"What are you doing, mister?"
At the sound of the boy's voice, he turned around, a determined look on his face.Bookmark here

"Son, what if I told you that there was a way to save your mother?"Bookmark here

The young boy's face turned from confusion to flat-out disbelief, but in an excited way. He hadn't been accustomed to what the world was really like yet, he was still naïve in that way. But perhaps foolishly, he was hooked instantly. The older man knew that this would be the best time to get through to him.
"I yelled at her... I was mad at mom, and now...she's..." The boy was on the verge of tears again, but the man knelt down in front of him and wiped his tears away.
"It's all going to be okay. We'll get your mother back, we'll get everyone back. We'll stop any of this from ever happening!"
The boy looked up at the man to see a genuine smile from him. This was no fib. He looked down to see a hand reaching out to him.Bookmark here

"I guess I never did give you my name, where are my manners?" The man chuckled as he looked into the boy's eyes. "I'm Elliott. It's very nice to meet you. What's your name?"
Bookmark here

The boy wiped his teary eyes and met his gaze, realizing the gravity of the proposal that was being offered to him. He now wore a determined look, a look that his mother would never know he was capable of, but one that she would no doubt be proud to see. How mature he could be given the circumstances. He was ready to bring his mother back, no matter what he had to do. He reached his hand out, and opened his mouth.Bookmark here 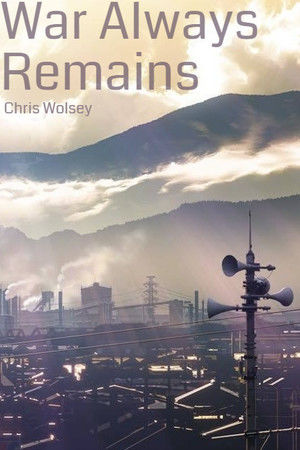