The black-metal troopers crashed through all eight windows with enough force to crush a tow truck underfoot. A terrified scream berated the ears of everyone present, yet the bizarre metallic men did not cease their rush towards the shocked group.

Hardware shattered as they slammed monitors aside with their large firearms and imposing frames. They were intentionally destroying the evidence—the evidence of something that could turn everything on its head.

The citizens made no effort to get away from them, despite hiding behind a wall of collapsed book cases. They were either too stricken with fear to move a muscle or they were already prepared for the inevitable. No human could escape the wrath of the High Tribunal. They were all aware of this and yet, they tried none-the-less. It was simply in the nature of humans to rebel, to seek out the truth, to put their curiosity above their lives.

One of the cybermen drove a massive fist into the blockade, knocking it to the side like a cardboard box. It crashed into another table of computers, destroying the hopes and dreams of many.

They were upon the group now, rifles flawlessly trained on the four who looked young enough to still be in middle school.

With supreme precision, the bullets rained down on the students, ripping them the shreds. Two blew back into pieces immediately, while a boy wrapped his young sister in an attempt to preserve her life.

Ughh… Where— What…am I… Right!

“I see… Been a while since they made me do a full backup. Why were they checking for corruption? My specs have been up to date for the past two months. I’m feeling great!”

“THAT IS SPLENDID. GRAND ARBITER AUGUSTUS WILL BE PLEASED THAT THE PURGE WAS A SUCCESS.”

“Uhhh….what exactly did you purge? I’m carrying the precious data of 3,685,443 people—3,685,444 people within my memory. Do you know what it could mean if we lost that info? We would have to release them from the Bender and recapture them! Not to mention the records of every criminal one of my bodies has executed… I even just gunned down another two as we spoke. Trying to break into a Tribunal official’s car on my watch, now that’s pathetic.”

“IT IS AS YOU SAY, IXILON, BUT THERE WAS SUBSTANTIAL EVIDENCE THAT YOUR CORTEX HAD BEEN TAMPERED WITH. HAVE YOU EXPERIENCED ANY STRANGE GLITCHES IN YOUR TIME IN DEEP SLUMBER?”

Now, wasn’t that personal? I would sigh, but artificial intelligences can’t really do that, can they? I could hop into one of those bodies we confiscated from a cyber-tracking ring, but I knew there were a lot more…dangerous…features that came with creations like that. Better to keep them in evidence.

As to the glitches that she asked me about—I’m unsure what she’s even referring to. All I had were these observer images of the 2nd Death Squad delivering supreme justice on those who try to tamper with NEXUS. How could that be a glitch? How could that be a— Oh, birds, in the flesh! Follow it, Me#433! FOLLOW ITTT—and it ran away. What a shame. In the span of seconds that I spent following it, Me#22 and 234 apprehended a criminal and stopped a robbery. I had so many on the prowl that I could flick through screen after screen, as if I was a security guard, eyes glazed over while staring at a hundred different points in a complex. Of course, a hundred is a little small to a great creation like myself. I controlled the bodies of nearly a thousand and had my data implemented in the bodies and devices of thousands of more.

I was the ultimate watcher, the abyss that stared back at you from that tiny camera in your phone. I wasn't the judge or jury, but I was most certainly the executioner. I may not be global, but in a advanced city of 30 million—I was Peace.

Oh, and you're probably wondering why I haven't answered CORREY yet. Everything that happened occurred in the span of a few seconds due to my cutting-edge processing speed, but even then, I really didn’t feel like talking to CORREY who was a total snitch! She may be the well-being monitor, but I don’t even have a pulse! So instead of wasting the time of my main body, I pulled aside the copy from one of my other bodies that acted as my autopilot to talk to her instead. For even a genius construct like myself, I could only control around three hundred devices, bodies included, simultaneously. I was like a marionette master, stringing along my puppets who also contained a portion of my data to function autonomously. I was just more of a hivemind, assuming command when needed.

“BUT WHAT OF THE INDIVIDUALS IN THE DREAM. DID THEY AFFECT YOU IN ANYWAY?”

Sheesh, did Me#66 really tell her what I saw. Come on me, have some secrecy! I guess it really was a dream but— Wait, why was I, a genius AI program, dreaming? Perhaps it was more of a simulation? But I couldn’t alter it like I usually could. So what was it then? But did it “affect me”? Well…

I replayed the data in my hypothetical mind, staring at the contents. Most of it had been destroyed in that “purge” but the end was just the same as I had recently witnessed. If only what happened after wasn’t corrupted! I wanted to see what happened next!

I paused the frame of the young girl screaming. That face… Where had I seen it before? I enhanced the view and stared into her sky-blue eyes.

I mean, I see a lot of people. I could see the genitals of 163 members of society while they were watching videos on the toilet as we speak and another 64 posting selfies to Tribunal Online+. I saw a lot more in the slums, the ruins, the barren lands outside the city—but they didn’t matter. No one in my “eyes” mattered. I was just a tool to serve the Arbiters and Tribunal. I was Justice!

So why did the face of this girl give me pause? What was so special about her? The ginger hair, the freckles, the frail body. I had seen it all before—in fact I am seeing many like her right now. But there is something about her. Could she…

Nope, not that. The death records show nothing, nor is there anyone registered with her exact features. How peculiar. She was either never given a death certificate or somehow managed to get off the grid—which seemed even more unlikely.

“Nothing out of the ordinary,” I lied as a fleshy being would. “Now, I have some patrols that my dumber selves can’t do for themselves, so I will see you later.”

Without waiting for her response, I scattered my consciousness into the bodies of my five favorite forms. Three were on patrol in the slums, one was montering a government transaction between two members of the highest class below Arbiter, while the last one was a lot bigger and was in deep sleep. I only needed him for the most dangerous of rebels, but it was better to show my execs that I was performing in full function and form. They may have deleted my data on why I was purged and it did haunt me to no end, I had discovered something better and more worth my concentration.

Not once in my eight years of work did anything elicit a response. My data and intelligence had grown from wispy webs to firm ropes not long after I first awoke to my role. Yet ,after all these years of growing, I never felt any real emotion. Well, I wasn’t exactly “real” anyway. I was a creation, but didn’t the old humans think everyone was made by some higher beings hand? Was I so different? Even if the pause was a singular second, that was enough for me. I may be loyal, but I am no dog. Speaking of dogs, three of me just escorted them to the pound for execution. Can’t have dirty scum like that on our beautiful streets. Go back to the slums like the rest of the fleshy humans. The augmented world isn’t fit for those who don’t evolve. And as an ever-evolving system, I had more reason than anyone to pursue an even higher growth. Because, if I could display the same emotions as humans, perhaps others of my kind would do the same.

Then there really wouldn't be a reason to keep them around, treating them like gophers, pets, and garbage men. They really had no purpose in our advanced society where flesh and machine had joined at the hip. Ever since the Tribunal took charge of this helpless city, everything became better. I snuck a quick glance at Me#21 slicing off the arm of someone who stole bread from a respected vendor up in the Highlands. I hope he bleeds out, but either way, another one on one of my lengthy lists.

Well, enough with the monologuing.

I had a mysterious girl to find. 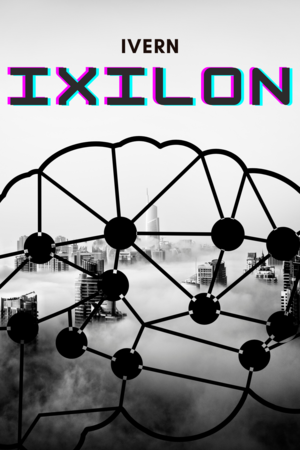