The Girl in the Bookstore

I am a Ghost in Love

My name is Tadao.
Like other ghosts, I don't know my full name or how I look.
Because ghosts have no reflection. That's one of the worst things about being a ghost. I'm a young lad, according to other ghosts.

I don't know how, why or when I died and I have no idea about my previous life.
Many people have died with the same name as me. Since I don't know my full name, my research on the internet has been in vain.

Being a ghost isn't all that bad. I can read the books and mangas I want and watch the movie I want at the cinema. Ghosts never get hungry. But I can taste the food. These things are easy to do since I can walk through walls. But I can't go through things that have a soul. That's why I shouldn't bump into people while walking. They will know that something has bumped into them.

I can walk through Uncle Atsushi's door whenever you want and end my ghost life. But no one knows what happens to the ghosts that walk through the door. Even Uncle Atsushi. But they certainly never come back. Maybe it's the door to heaven or hell. It's a risky door as I don't know what I did in my previous life. So it would be best to remain a ghost.

People come to where I live and look for me. Most are high school students and I scare them. Sometimes I get bored so stuff like this feels good.

New chapters of my favorite manga arrived at the bookstore today. I'm going to the bookstore to read. It's very crowded and it's like people are trying to bump into me. If I bump into them it will be a mess and I can't read the manga.

Beautiful. It seems like there are few people in the bookstore. I'll go inside after smelling the flowers at the entrance. Once you become a ghost, you realize how beautiful nature is.

What! "The Things I Did When I Was Ghost" manga is out of stock!
It was the chapter where we would learn how the protagonist became a ghost. It is such a sad story... The main character of the manga is a ghost. He doesn't know how he died either, but because he knew his full name, he found out how he died. And these will be explained in these chapters.

Why! Why! Why! This manga doesn't have a huge audience. How come it's all sold out from day one? Wait for a second! The beautiful black-haired girl over there is buying the manga I'm looking for! Maybe I'll read while she's reading. But is this girl going to read this manga right now? Or will she read it at home? I can't follow the girl home! That makes me a perverted ghost. I don't want to be a perverted ghost like Hitoshi! But I also want to read this manga a lot.

OK, I've made my decision. I will follow the girl to her house, but I will leave the house as soon as the girl enters her room! That way I won't be a perverted ghost! Haha! Yeah! I am just a fan of this manga!

"WRONG!" someone shouted while standing behind me.
"H-Hitoshi! W-what are you doing here? The bookstore isn't quite the place for you."
I stuttered with fear and was also surprised that this man was in a bookstore.

"Tadao. Did you go down this road too?" Hitoshi said with disappointment.
"W-what are you talking about, Hitoshi?" Bookmark here

The moment I said this, the owner of the bookstore turned on very emotional music.

"TADAO-CHAN! I'd recognize a perverted ghost anywhere. I see myself in your eyes! Tadao-chan, this is not a good way for a lad like you! You were always an exemplary ghost. NOW! NOW YOU ARE JUST LIKE ME!"

WHAAAAAAAAAAAAT! Why is this kind of music playing in the background? And why did clouds overwhelm the beautiful weather?

"Hitoshi! You got me wrong. I just want to read the manga she bought!"
I thought, but I couldn't even open my mouth. Hitoshi speaks so poetically with the help of music and the weather... I really thought I might be a perverted ghost.

"Tadao-chan. Please, not for my sake, but for the honor of all ghosts! Don't be a perverted ghost!" Hitoshi was saying these things in a way as if he wasn't the one called "Perverted Ghost"!
"I AM NOT A PERVERTED GHOST, Tadao-chan! But you are. Accept this fact." Hitoshi said.

Hitoshi left the bookstore and disappeared.

I just wanted to read my favorite manga. And I'm not going to give it up just because idiot Hitoshi said such things! I will follow this girl!Bookmark here


WOW. Isn't that really something a perverted ghost would say? 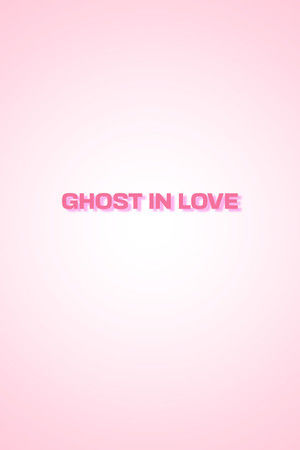 I am a Ghost in Love