On the last day before school ended, I found myself walking toward my classroom. It was a hot summer morning and I couldn't wait to go home and play some video games.

"The summer vacation starts tomorrow, why do they call us even on the last day!?"

As I was walking I heard an obnoxious high pitched voice yelling:

Hearing that word disgusted me. I hate ********** with a passion. I will never forget that cursed day, the day I was at my highest and the day I crashed down, all my dreams being shattered.

I cleared my mind and entered the classroom.

The classroom began to fill up little by little with students until we were all there. Then our homeroom teacher came in. He is a 30-year-old man, quite short but with an athletic body. I heard a lot of rumors about girl students confessing to him and getting rejected. He really isn't a bad guy. Well... it's just that our personalities don't match up.

"Pay attention everyone! I know this is the last day of school before summer, but please remember that it still is a school day!"

"Today's homeroom class will be dedicated to something special. Akio, please enter."

The door opened and a tall boy entered the class.

He walked animatedly towards the front of the classroom, then stopped. Suddenly he shouted:

I immediately recognize that voice. It was the guy that was shouting earlier in the hallway. Looking at him, his voice didn't match his body at all...

"When I heard about that thing, I got worried a little but looks like he is not referring to me. I won't go there today and that would be it."

Saying that he turned and looked at me.

"Kiyoshi-senpai. I want to ask you directly to join the club."

Everyone was staring at me. The bastard knew what he was doing, inviting me in the presence of the whole class, he was hoping that the situation will pressure me into saying yes. Everyone knew that I was quite a good player, but no one know about the accident. Unfortunately for him, I was not that kind of man.

"Before inviting me to your club, what do you say about cleaning the collar of your shirt first?"

He looked at his collar embarrassed while everyone was laughing at the remark I made. This is a standard strategy when someone tries to manipulate you by using a large audience as pressure. The crowd is a double-edged sword, while you can use it against your opponent, it can turn against you in a second.

"Anyway! If you want to join, you know where to find me." then he ran away

Little did I know that everything up to that point was all part of his plan...

"School is finally over!" I yawned.

I left the classroom and was walking down the hallway when I noticed a sign on the wall.

By instinct, I grabbed that poster and ripped it. That was a mistake. A teacher that was walking by saw me and sent me to the principal for "ruining the school props".

There, in that little office, I found the principal staying in his chair.  He was a short, and fat middle-aged man who liked drama. Often when there was a conflict between two students he will try to mediate it. But what he was really enjoying wasn't helping the students, but the drama itself. Still, he was pretty strict about the rules.

But besides the principal, there was someone else...

"Oh, you guys know each other?" said the principal

"No-" tried Akio to respond but I cut him mid-sentence

"Yes! He is a very good friend of mine! I saw his poster and I thought that it was not good enough. That's why I threw it away. It was constructive criticism!"

The look on Akio's face changed. He didn't expect me to lie like that.

"Yes, I know him, principal. But still, I felt offended because I put so much work into that poster. And he just destroyed it. If you wanted to point out a problem, you should have kept it..."

"I am telling you, principal, this man right here is a bully, Just today he made fun of my shirt! His whole class was there and can support my claim."

That was the moment I realized that everything was part of the plan. He manipulated me using the crowd, not to join the club, but to point out the dirty collar which he probably dirtied on purpose. Then he used my hatred for ********** to make me destroy that poster. At the time school ends, the teacher that is on duty patrols the hallways so he knew that I will be caught and sent here...

Probably his next move would have been to propose to the principal that as punishment I should help him revive his stupid club. This freshman... he is something else.

"But obviously that isn't enough to push me into a corner, dumbass!"

"Principal do you know why Akio wants so bad to revive that club?"

"Principal I-" Akio tried to intervene, but once again I interrupted him.

"His last love, a girl named Lisa liked that club. But a great catastrophe happened!"

"A tragic accident happened! A car at night... a powerful impact... and then... death."

I articulated every word and made it sound as dramatic as I could.

"Oh dear Akio I understand your pain, but you can't put bad words on the poster to catch the attention of the students. You see, I was actually protecting the students of this school."

"Principal! You couldn't possibly believe this enormous lie he is telling!" said Akio

But it was futile. The principal was already living the story I fed him.

"I SEE! Oh dear Akio I can see why you did that now! But no matter how broke you may be, you have to respect the rules!"

"Then... Then if you saw that my poster was not respecting the rules of the school? Why didn't you simply show it to a teacher? Why did you destroy it?"

"It was also you that I was trying to protect. my dear Akio! I destroyed the evidence so that you won't be punished!"

"HOW WONDERFUL!" said the principal.

"I understand the situation Akio! I won't punish you this time because I understand... I UNDERSTAND your pain. You have a good friend!"

"Now principal, if you would excuse me, I have to go."

"You can both go! Enjoy the vacation and your youth!"

Outside the principal office Akio approached me:

"You are better than I heard, Kiyoshi-senpai! You used the fact that the principal likes drama stories to feed him a lie that he would medially accept. The way you phrased it, the intonation, the accent, it was all perfect. You can't be this good at acting without any experience! "

He was right. I used a very simple tactic to create a story that the principal would like. People don't trust what is true and deny what is false. They accept just the truth that they like and consider the uncomfortable truth, the truth that would put them at a disadvantage as false. People also subconsciously accept lies that appeal to them. For example, someone from a religious cult would believe in a made-up deity, even if deep down he knows that it is bullshit, just because it's convenient to have someone to pass your wishes to. It's also how children believe in Santa Clause. Sure, the little ones might be fooled, but an older kid who still believes, probably knows that is all a lie, still choosing to believe it.

After that, I tried to walk away, but he continued:

Those words haunt me to this day...

At the end of that discussion. I agreed unwillingly to join. 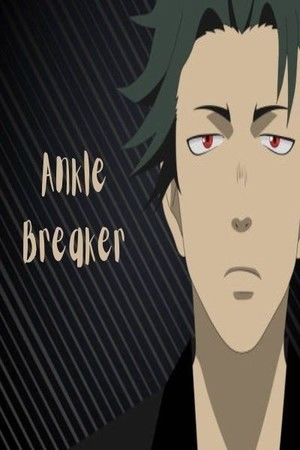