Kinori woke up when the moon still dominating the sky because he heard noises that bothered him. It was like a lot of soldiers walking, horses galloping and people talking.Bookmark here

Turning to see Mizuki, he realized that she was no longer in bed, so Kinori got up to see what was happening, but the moment he got off the bed, the voices of Etis and Mizuki were heard, they were talking.Bookmark here

The little boy wondered, "Have they already come from the war?" Then he went on tiptoe to see what was happening, and when he reached the entrance to the dining room, he began to peer with one eye into the small gap in the half-open door.Bookmark here

His parents were talking seriously, the father looked down with a serious expression and at the same time sad, and the mother covered her mouth with her hands, she was surprised and scared. Kinori got a little nervous when he saw the scene, but decided to keep spying instead of letting his parents see that he was awake.Bookmark here

“I'm so sorry my dear..., I did everything I could to prevent this from happening... he fought with all his might... and they knocked him down many times, but he always got up, like you told him, and in the end..., he...”, Said the father without being able to finish his words. “He told me that you give this to Kinori”, Then he took out a cloth bag from his pocket and gave it to his wife.Bookmark here

Mizuki was very worried, she opened the bag with trembling hands. Seeing what was inside, he slightly shouted "No...", then from the bag he took out his brother's necklace.Bookmark here

The little boy, realizing what had happened, got up nervously, falling again and inadvertently opening the door.Bookmark here

His parents realizing, the three looked at each other scared and worried.Bookmark here

Kinori looked at the ground for a moment, but then looked back at her mother.Bookmark here

“Kinori...”, The father tried to answer his question, but a voice in the distance caught their attention.Bookmark here

“Enemies in sight!, They are trying to demolish the wall!”, It was heard.Bookmark here

“Shit!, How is it possible?, It's them!”, Etis yelled nervously. “Stay here and don't move!”Bookmark here

Then he ran to his horse and quickly mounted. He galloped off to see what was happening. The mother quickly closed the outer door of the home and grabbed Kinori's hand to lead him to the closet.Bookmark here

“Mother, what is happening?”, The worried boy asked.Bookmark here

She was very unsettled and scared, and with tears almost falling she stood up to explain to Kinori.Bookmark here

“But mom, I don't want to leave you alone!, I can fight!”, Kinori said determinedly.Bookmark here

“NO!, Please, get in the closet and do not try to get out of there in any way!”, Mizuki said nervously.Bookmark here

“But, mom!”, Kinori insisted about to cry.Bookmark here

“KINORI!, Listen to me!”, she cried worriedly, then calmed down realizing that she raised her voice a lot. “Please…”Bookmark here

Then the little boy went into the closet without saying anything, and Mizuki closed the door. Every time the door closed slowly, Kinori grew sadder thinking that it would be the last time he would see her mother.Bookmark here

After a while, the boy was sitting on the floor, curled up and worried. It was very dark, since it was still night, and almost nothing was heard from outside.Bookmark here

So, Kinori, fed up with waiting, decided to try to open the door, but at that moment, a group of people were heard entering the house. He stopped trying to open the door, and with the little that was open, he began to peek.Bookmark here

Almost nothing could be seen. The mother was sitting, bending her legs on the floor and sitting on her knees, resting her buttocks on her heels, known as "seiza".Bookmark here

“Where is it!?”, An unknown voice was heard.Bookmark here

Since Kinori could only see his mother, he didn't know who she was talking to, the closet obscured his view.Bookmark here

“I don't know what you mean.”, Mizuki replied.Bookmark here

“I know he's here, don't play stupid, where is the dragonborn!?”, The other person insisted.Bookmark here

“I tell you I don't know what you're talking about!”Bookmark here

“Listen to me, I'm going to cut you off little by little until you confess.”, Another person threatened.Bookmark here

Then Kinori began to feel a great pressure in his whole body, it was as if someone supernatural was looking at him.Bookmark here

“Silence...”, Interrupted another unknown voice, it was a very deep voice.”, He is there.Bookmark here

As he finished speaking, the closet door opened without anyone touching it, as if by magic. Kinori then fell to the ground, as he was leaning against the door before. When he was able to get up he looked in front of him. The light bothered his eyes, since he had been in the dark for a long time.Bookmark here

Then, with his eyes adjusted to the light, he saw a group of three men armed with katana and a person with a huge muscular body surrounding Mizuki.Bookmark here

The mother turned to see his son, and began to cry desperately. The group of invaders also turned their attention to the boy.Bookmark here

Kinori couldn't move, he was paralyzed with fear and confusion.Bookmark here

“Cut off her head! We don't need her anymore”, Said one of the men.Bookmark here

The little boy saw something that would never be erased from his mind..., his mother was beheaded by one of the invaders..., and he couldn't do anything, he was completely paralyzed, he could only scream:Bookmark here

“Catch him!”, Said the man with a deep voice from the group.Bookmark here

The entire platoon surrounded Kinori and tried to tie him up with ropes, but something interrupted that from happening. A katana tip came out of the stomach of one of the invaders. It was Etis, he had come back to protect his son. The man who was stabbed vomited blood on Kinori and fell to the ground.Bookmark here

“Don't worry boss, he is only one person.”, Said one of the invaders.Bookmark here

“Hahahahaha, don't underestimate Etis,”, he answered staring at Kinori's father. “Not even an army of 100 like you could defeat him, I'll take care of him.”Bookmark here

He then unsheathed his katana and looked seriously at the man with the massive body.Bookmark here

“Show me if your legend is true!”, The man sneered as he prepared a crochet direct to Etis.Bookmark here

The two began to battle, but it was not equilibrated, each blow that the muscular giant gave broke part of the house. Etis dodged his attacks, but he was beginning to realize that even if he managed to land an attack, it wouldn't even be able to make a scratch on him, so he had to run away. He grabbed Kinori by the hand and led him out of the house running, unfortunately there was already a large group of invaders outside. They had already almost conquered all of Argen.Bookmark here

“Kill that samurai and capture the dragon-blooded boy!”, A voice was heard coming from the group.Bookmark here

“Son, escape quickly down that street”, Said the father indicating Kinori one of the streets. “You will see a carriage that a colleague of mine is carrying, he will south when he sees you. Get on it! Escape! Now!”Bookmark here

The boy obeyed his father and ran where he was told. He wanted to say something to his father before leaving him, but in the end he couldn't.Bookmark here

In the middle of the street Kinori turned and saw how Etis fell to the ground defeated by the muscular man. The only thing the boy could do was to slightly shout, "Father...!", with tears falling.Bookmark here

Going down the entire street, he turned the corner and saw a carriage.Bookmark here

“Boy, get on!”, A man inside the carriage yelled.Bookmark here

The boy obeyed him and got on, then the rider began to move the horses. Kinori, with teary eyes, watched how Argen was completely burned by the fire that the invaders caused.Bookmark here 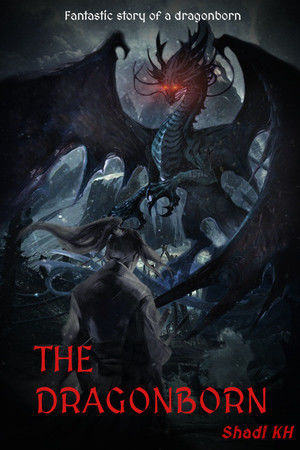