"By the order of the emperor of Antrice; You are famed for murder, torture, homicide, and a list of killings around the Abel household. You are hereby sentenced to death by hanging." one of the guards said while trying to hang a struggling, innocent looking woman.
The woman looks at me saying “Help me! I did no such thing—"
"Shut up you damn wench!" another guardsman proceeds to beat her,
I come towards the guardsmen with my horse...
"Good job killing the monster," he said,
I throw the monster's head on the ground,
"Tough hunt eh?"
He throws a pouch of a coin. I catch it,
"tougher than yours. Naturally." I said,
He spits on the ground while I proceed on my path...
"Please! I did no such thing!" the woman said as she tries to struggle away from the guards,
Evil is evil. Lesser or greater.
"Futile effort!" A guardsman said,
If it is really no good in this world. If I were to choose from evil... then... I'd rather not choose at all.
"Do not let that wench escape! Beat her if she resists further!"
I frustratingly move towards them,
"Hm? Hey!" he said as I pushed him to the ground.
I punched one of the guards that are holding her then used force magic called Sy'cry to push the other away.
I looked at the woman "Close your eyes." I said,
I pulled a knife. One of the guardsmen that I pushed away with magic ran straight towards me with a mace in hand. I parried his attack then stabbed him in the neck. The one who I punched tried to slash me in the back with a sword. I dodged his attack then slit his throat.
"..." the woman silently watch and did not look horrified.
I move towards the guardsmen who I pushed on the ground "W-what are you doing?!" he asked,
"Killing monsters," I replied.
Bookmark here

I am in need of your help. As the Duke of Shami, I have a very important contract for you. A monster has killed 1/3 of my men while sending trying to send reinforcements to Tafiamia. They were all killed in Shami. We are in desperate need of your help. In doing so, you will be rewarded if you kill this monster and bring its head to me. I am truly sorry for this abrupt announcement, but the fate of Shami rests on your hands. We truly hope that you come to our aid as soon as possible.

Looks like I know where I'm going next. I was going to Shami anyways, but I'm going to visit Tafiamia first before heading off toward Shami.
I readied my horse then set off toward Coliegna. Tafiamia's capital city.
Bookmark here 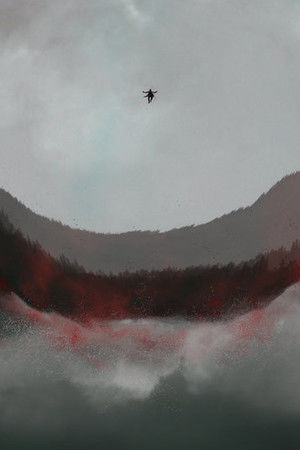