Prologue: A History Infodump Nobody Asked For

Hello random person, I see you came around to see whatever the hell this is.

I am someone who you don’t have to worry about, but before we go into the history why things are why they are.

It all began in the year 2021. The world was getting warmer and warmer while everyone was doing as if they were changing the world for the better. Decade after decade the planet started to struggle more, countries regularly being hit by floods, extreme drought or cold.

The Americans were now ready to test their new equipment and wanted to destroy the mountains in Japan for free to give them extra space to work with, in return lessening the requirements in order for Americans to become Japanese citizens. The Japanese agreed and in 2100 the laser destroyed all the mountains including mount Fuji, but the experiment went *insert skull emoji* and millions died.

The Japanese were mad as fuck and threatend for a war and the Americans pulled out their military and fought them for 45 years turning Japan into a desert surrounded by sea, nonetheless the Japanese weren't standing still and now had nukes, threatening to lauch them at America as they were softly said "mad as fuck".

America then proceeded to pull out their secret project called Cyber C (Stands for Conversion) and gave Japan highly advanced cybernetic technology in return for peace and it worked. Japan changed its name to Dapan and became the world's first Cyberpunk dystopia.

But something unexpected happened.

In 2200 Dapan used their now even more advanced tech to bring the post-falling modern world to its knees and now everything was under their control.

Constant Government surveillance with no privacy in sight, blatant publicly seen corruption that nobody could do anything about, discrimination, poverty etc.

Every bad shit that could happen, happened.

The entire world was now in a cyberpunk setting, but this is not the story you are here for.

You are here for something greater….

Like how a 14 year old boy changed the world in ways you wouldn't have imagined. 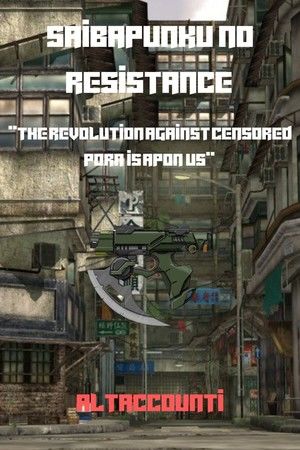