When I was younger my father used to tell me stories of rainfall on Earth . The idea of millions of gallons of water falling from the sky is absolutely mind boggling . One day , I want to experience a thunderstorm , which are usually rare down there , but I've heard they produce loud and ear piercing sounds that echo throughout  the sky . Bookmark here

" Hopefully , I get to see one... on our journey tonight ." I whispered , looking up from a picture of my father and I . Bookmark here

" I miss you so much , and I will find you...I promise ." My voice was low , trying not to wake my dorm mate , Kasper , who became grumpy when disturbed . Bookmark here

I lifted up the blinds next to my bed which revealed a vast sea of stars which seemed to be never ending . A large object could be seen floating in the distance , followed by a couple of more , each with hundreds of thousands of dimly lit windows on each side . I tilted my head to stare at the planet in which the objects were orbiting around . Bookmark here

A loud banging on the dorm door caused my roommate to shoot up while rubbing his eyes harshly . I stared at the door and then back at Kasper who had been silently cussing  to himself , as the voice of a woman broke the silence . Bookmark here

" Members of room 1373 C , It is time for you both to head down to the launch bay  in preparation for your mission to Earth ." The woman scoffed before walking a couple feet to another room to inform its inhabitants . Kasper turned to me with a determined look on his face and walked over to my side of the room with and arm raised and his hand clenched into a fist .Bookmark here

" Are you ready Reign ?" he asked me .Bookmark here

" Hell yeah ." I answered , colliding my fist with his in response . Bookmark here

We both began to dress ourselves with dark blue jumpsuits with a small white logo with the letters n and p placed on the right shoulder . The journey to the hangar where are we were departing from took no longer than ten minutes , giving Kasper and I enough time to reminisce about the times when we both were chosen to be sent to Earth and the harsh training that followed . Bookmark here

We both entered a large corridor where two men with guns were guarding a wide , silver door . Both men were about six feet tall at most , and seemed to be judging us behind their sunglasses as we approached them . Bookmark here

“ identification Please . “ One of them began Bookmark here

“ Oh , uh , yes sir  ! “ I answered with a quaky voice as I struggled to pull out my identification card which had a badly taken photo of me  plastered on its face .Bookmark here

The guard slowly grabbed the card from my hand and observed the picture and smirked .Bookmark here

“ Your hair is…very….uh…ever heard of a brush and comb ? “Bookmark here

I rolled my eyes as I snatched it from his hand and grabbed Kaspers hand as he finished his process with the other guard . The large door slowly opened followed by a rush of cold air smashing into our bodies like a comet . A group of people had already arrived  at the hangar , and stood at the base of a gigantic circular ship with small spherical doors , which seemed to be small rooms for the passengers . Bookmark here

Before I could utter a word , the woman from earlier had appeared from an office like area and spoke through a megaphone .Bookmark here

“ Attention travelers of the NP , we will begin boarding shortly , please take time to read over the guidelines of safety and survival , while preparations near completion .” Bookmark here

I took a deep breath and exhaled slowly . This is the only opportunity I have to find my father . With the help of Kasper and my other comrades , I should be able to find him in no time . I have been doing research for many months prior to this mission , revealing that my fathers crew  had unexpectedly crashed and gone missing while on a mission to deactivate the core beneath Earths surface . I don’t believe this of course  because my father is  the most strongest and smartest individual I know . Bookmark here

I shook my head and stared at Kasper who had been waving his hand in my face . Goddamn it , I zoned out again . Bookmark here

“ You thinking about him ? “ he asked Bookmark here

“ I will be by your side no matter what you hear me . try not to die on me okay ? “ He attempted to reassure me while squeezing my shoulder lightly .Bookmark here

I smiled and ruffled his hair before the loud woman returned to inform everyone that the time has come to board and depart  . This is it . We are leaving our sanctuary to take back the planet we once called home after they took over . We will succeed .  I will succeed .Bookmark here

We each entered our own personal pods attached to the mothership Which took about  thirty minutes  due to the amount of people . The rooms were all white , and surprisingly comfortable and spacious with simple necessities.Bookmark here

There was a small o beach side of the sphere in which I could see anything happening outside . Kasper was right next to me , so I look forward to making weird faces at him for the duration of the trip . Bookmark here

After a long wait , The countdown began and I felt my skin burning with anxiety and hope . My heart pounded on my chest and my breathing became quick . I can’t believe this is happening so fast . I looked over at Kaspers pod to find him already staring back at me with a wide smile on his face . Bookmark here

He opened his mouth and exhaled onto the window causing it to fog up making him hard to see. The fog became to disappear as the words “ See you on the other side “ appeared  and slowly disappeared to reveal his smiling face once more .Bookmark here

“ Yeah , see you on the other side. “ I whispered to myself as a deep voice began the countdown .Bookmark here 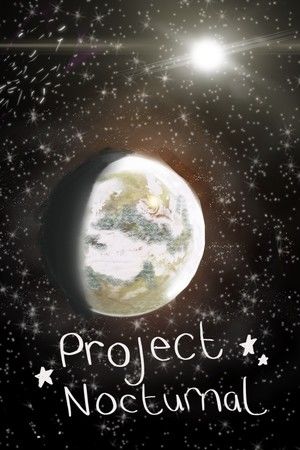