Back when we were younger, my brother was what you would call an antisocial kind of guy. He would always shoulder his problems alone and would never let anybody in to even attempt to try and lend him a hand. His every move was calculated and ready to put himself and others a certain distance away. Don't get the wrong idea though, there was a reason for that, and you will learn that reason if you follow this story.Bookmark here

I still remember that day like it just happened.Bookmark here

The flashes of light and the glint from his blade were all I could focus on during that time. He was beaten and broken in body, but his eyes showed no wavering in them. No matter how many steps that monster took, he would always push it back ten more. I never knew what went through that idiot's head, but I could feel what he wanted.Bookmark here

I still remember the numb feeling in my legs and the pain in my arm was killing me. That last punch I did snapped my arm and destroyed my gauntlet...glitch was so mad he could have killed me. I still remember my brother parrying the monster away, disappearing in a flash, and striking that monster with slashes that had it bleeding everywhere!Bookmark here

That's my bro! Kick that ugly bastard's ass to next week! I said.Bookmark here

That joy I felt...soon disappeared as a dark light erupted around us and blew the rubble over our heads away and the clouds above us as well. I could feel my heart was going to break at that moment. The sound of that thing laughing was enough to shake me to my core and I have seen and experienced things no ordinary person should ever go through. The helplessness was almost crushing, but it was bearable because he was there. Back then I didn't say it enough, but my brother was the one I looked up to the most growing up. That was especially true at that moment. The rubble falling around us, and the monster looming over us with the intent to kill us was overshadowed by the unwavering stand my brother had as he showed no fear.Bookmark here

It gave me hope and the strength to follow his lead and fight to the bitter end. Man, now that I think about it, this was what started everything. The joy, sadness, frustration, and growth we went through started with this one incident. One of the many incidents that changed our lives.Bookmark here

The beginning of it all.Bookmark here

What did we call it again?Bookmark here

Oh yeah. We called it the Umbra Incident. The day the shadows clawed their way out into the world and tried to take away the light.Bookmark here 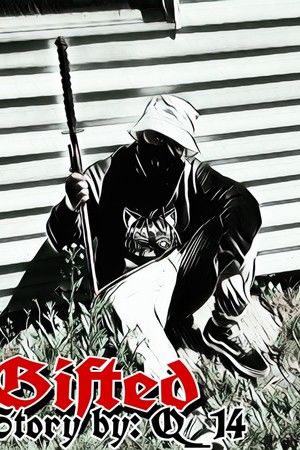