Orders From the Saint Leader

Lucas eased back on the leather sofa in the Silicon Valley House office, feeling the milky white liquid of refined hevea brasiliensis stroking his sparsely meshed skin, as it cased his naked body in hidden armor. His eyes glowed with an unnatural iridescent blue, as his cellular system worked to mold the chemical to his body like an extra layer of skin.Bookmark here

Slow, even steps of heels striking the floor approached. A slender woman in a slinky black bodysuit came up behind him. Her spiky heeled boots gave her an extra five centimeters in height. They laced up toward her thighs, which were strapped with sheathed darts. Silk, black, gloved hands tenderly stroked the underside of his chin and cheeks.Bookmark here

He gave an order. She stepped back and moved to stand before him; lowered herself to her knees. Her ash-blond ponytail swished against her shoulders as she did her task. Lucas felt his armor being gently fine tuned to his body. It had to since he was summoned to his Saint Leader's office within Eight Zone's capital, One Truth City.Bookmark here

He gave the woman the stop command once he felt his armor was properly fitted. She rose and calmly strutted away to leave him be.Bookmark here

An hour later, he was dressed in a crisp, clean, black business suit to attend his meeting. He did some checks on his computer at the glass desk. A report on Gaia and 426983ACE1 reflected data trails across his eyes. Naturally, he had delivered a tailored version of his report to his superior. It was obviously still a matter of deep concern, for a few minutes later he received a high summons.Bookmark here

Purposed steps echoed along the golden elevator's glass corridor. They opened, he stepped inside and activated a semi-transparent control panel, which hovered before him. His black-gloved hands initiated coordinates for an external destination. He channeled some of his magic into a coordinate feeder, then deactivated the console.Bookmark here

The elevator hummed as it powered up for movement. Radiation particle energy attacked his body, but his hidden armor protected him from damage. Bookmark here

His being was moved through space in a fraction of time.Bookmark here

The elevator powered down and doors opened. He entered a gleaming, stark-white corridor connected to his Saint Leader's office at the end.Bookmark here

The office was all glass panels with virtual reality modules to simulate various furnishings. However, there was no furniture for today's meeting. A scenery of fish calmly swimming underwater surrounded him.Bookmark here

He stood in the fish bowl with an older man of a formidable statue in a similar black business suit and slicked back graying hair. His aqua-colored eyes glowed with vitality to compliment his flawless dark olive skin. Tallow's Springs's honorary Saint Leader - Dracos Thompson. Unlike Lucas, his office presided in the country's capital.Bookmark here

Showing respect, Lucas bowed before him and waited for his order to speak.Bookmark here

"Rise and give me your report." Dracos's deep voice held a commanding presence.Bookmark here

Lucas gritted his teeth, for the command was a redundancy, since he had given him a written account most recently. Regardless, he had to obey.Bookmark here

"Grand worship, we pinpointed the rogue cadet's location in HiRock." He kept his head bowed, and his body ready for a volatile reaction.Bookmark here

Draco peered at Lucas's bowed head. A smirk creased the corner of his mouth.Bookmark here

"Why is it that Silicon Valley's factory has had so many failures escape the compound?" The man's voice vibrated through Lucas's being with threats of shattering his core.Bookmark here

"We have addressed the source of the problem. It won't happen again." Lucas added for good measure. "Our recent monthly reports has shown a rise in our ROI by five percent. This has improved on budget forecasts. Should we continue to stabilize, our house will improve the baseline, easily by fifteen percent."Bookmark here

There was a long drawn pause before Dracos responded with a nod.Bookmark here

"Good. And to make sure, you are to track down this failure in question personally. Take this with you." Dracos's gloved hands moved with a flourish to reveal a digital storage box within the space between them.Bookmark here

Lucas raised his head to see what was being offered.Bookmark here

"A necklace?" His eyes widened when he saw it was more than that.Bookmark here

"It's more than that, obviously." Dracos stood behind Lucas to fit the fine silver chain holding a sapphire version of the Amulet of Gaia around his neck.Bookmark here

Lucas gasped and gripped his heart when he felt a stabbing pain and fleeting sensation of fire course through his systems. A soothing coolness followed as his body resumed normal readings.Bookmark here

"Good. The amulet has assimilated to your body without complications." Dracos stepped back to stare at one of the glass panels.Bookmark here

Lucas saw a history file displayed on the glass. It contained the same data about Gaia and the amulet he now carried around his neck.Bookmark here

“The time for war is now,” Dracos mumbled more to himself as his eyes reflected the history of the God Wars from one of the wall panels.Bookmark here

“The failure escaped because he was wearing one of the amulets.” He faced Lucas again, his eyes narrowed with a murderous glint. “Track down the failure, kill him and take his amulet. Make sure you don’t make skin contact with any part of it. It will need to be enchanted to our great Apollo's will first.”Bookmark here

"Once you have that failure's amulet, seek out and take the others. Enchant them, then head to this location, where you’re to set them on the altar. Two other amulets are also reported to be in HiRock."Bookmark here

Dracos fed data of the location's coordinates into Lucas, then dismissed him with a warning that their Divine Grand Pope only awaited news of success. Bookmark here

Lucas kept his thoughts and voice in check until he returned to his office. Obviously, his activity would be heavily monitored going forward. It didn't matter, he had a chance to restore his House's reputation in the shortest time possible.Bookmark here

He made some preparations for his departure and ordered a reconnaissance of the border for an entry point. A few days later, he led a small task force of black knights and golden warriors into the wild country.Bookmark here 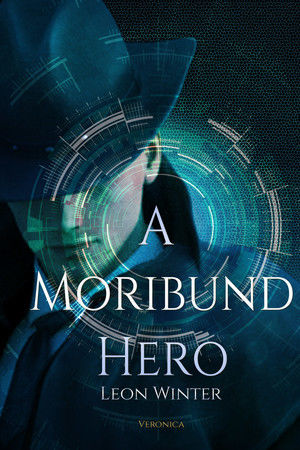