June 12, 3142, Two days after Ren’s chaotic exam. It’s Independence Day. Everything is full of color, children are running happily in the streets, the annual carnival is as packed as ever, and the people are hanging small flags with the country’s yin-yang-looking crest embroidered in blue and sewn in red fabric making it look like a flag. It is, after all, a jolly Homura day.

From the 2nd door to the left on the 3rd floor of Homura Academy’s dormitory. A familiar voice kept whispering in the distance of Vincent’s sleepy ear in a nervous. Later, the voice clears its throat.

Vincent is still out cold. Paired with snoring, and embraced his body pillow with his arms and legs. This annoys the familiar voice as it releases a frustrated sigh. The voice whispered once again with steps heard from the ground.

“Your mom is outside, bissshhhh”

Suddenly, a hard wave of breeze passed by the familiar voice and the sound of the door creak follows. When Vincent opened his sleepy eyes with the body pillow still held in one hand, he is greeted by Falcon who is about to knock on the door with Shado at the back standing with Falcon having a shocked face. Vincent then look behind him and saw Blaze who is still about to turn toward the direction of the door.

Blaze is still processing the situation and fell face-flat to the ground he died. Falcon and Shado entered the room with Vincent closed the door and lay on the ground back to sleep on his body pillow.

“Feel yourselves at your dorm y’all” Blaze mumbles while still face-flat to the ground.

15 minutes have passed. Blaze is woken up by Shado and both went to their dorm’s kitchen to help Falcon make their breakfast. As Blaze is turning the rice cooker on.

“Lissclion, have you noticed anything strange to Ashite after that exam?” Falcon asked.

“Well, other than the fact that he always has a haggard tone of voice, Nah… Why ask tho?”

“I don’t know, something just feels off about him after that exam, right Shado?”

Shado nodded agreeably and continued to whisk the 3 eggs he’s asked to. Meanwhile, Blaze looks at the sleeping Vincent and remembered his words from the fight 2 days ago and the words that the kid said 4 months ago. This made his teeth grit and went to the bathroom while still in his lightning-patterned pajamas.

“Oh wait, Shado, can you tell Vincent to get ready when he wakes up? So everyone can be with their own thing today”

Shado nods agreeably and continued to fry the 3 scrambled eggs as Blaze closed the bathroom door.

Shado got a shiver down his spine as he hears Falcon’s words and whisks the 3 eggs again in a faster way even though it’s already cooked.

“Oi, for the love of God— please don’t destroy everything on this pan Shado… As we have the same knowledge over this, with you just unbeknownst by it. Let me tell you some responsibilities when cooking—”

Meanwhile, in Vincent’s dream. He is covered in black, standing alone. Behind him is a burning fire dissipating constructed woods covered with boiling blood. Crying noises envelops his ears and echoes help within his eardrums. He look around to find the source of the voices yet every time he turn his head, he saw a dead Ashite with a face of nothing but molten flesh. The face spook him and left him frozen in his stead while more zombified Ashites stand around him. He began to breathe heavily as he looks down the zombified children were melting while holding his foot in tears with everyone saying the same sentence.

The black thing that covered him tightens as he began to break down with all the wailing he hears to the falling woods to the streaming blood to the ripping flesh. He looks up and the empty space became a silhouette of enormous people laughing in his direction in front of a light source, one of them struck his face with a silhouette of a whip leaving his eyes bleeding blind. He began to panic with all the commotion coming at him all at once, yet he can’t scream, he can’t move, he can’t breathe.

Everything went silent, as a lump of burnt mass fell into his left shoulder. As Vincent forced his eyes to open, the mass whispered in a familiar feminine voice.

The lump fell down with a sound similar to deep mud. Vincent finally opens his eyes and when he saw the burning mass, he stood in terror with fire enveloping his body, as the mass melts. He recognizes the melting body’s identity as its red eyes and crimson hair pop out of its flesh.

Vincent woke up with a terrified face, breathing heavily with his left hand reaching out in front of Falcon and Shado who were currently confused and concerned by what he just yelled.

“Did someone say something?” says Blaze as he peeps from the bathroom door, covered in soap bubbles.

Shado shakes his head slowly in denial while washing his hands whilst Falcon slaps his head as he catches a fly. After Blaze closed the door in wonder at what he had just heard, Vincent began to fix his bed.

“What the fuck are you doing here guys?” Vincent asked.

“Today is Independence day, why?” Falcon calmly responds as he holds Shado to prevent him from breaking the eggs again.

“What does it have to do with your presence on our room?”

“Eh, dunno. That’s what friends do I guess”

“Get ready now Vincent, so we can leave for our family businesses early”, Blaze said while rinsing himself with the water stream from the shower.

After they tearfully eat the burnt omelet Shado and Falcon made with rice and several condiments. They went out of the school dorms and parted ways as they reach the highway to celebrate their village-country’s day of freedom with their family. Vincent’s clan celebration is identical to a feast with everyone happy as if everything is normal. Blaze is drinking his orange juice alone in his shed as he happily looks at his clan performing royalty dances with the others clapping their hands to time with the music. Finally, Falcon is with Shado, looking at the sunset while telling stories to each other… with Falcon telling most.

After the day is over, everyone said their goodbyes and went back to the dorms and then to their rooms. Getting ready, on what kind of tomorrow will they meet.

In a shady place, with an ambiance similar to a nuclear power plant. Two figures landed in front of a man in a laboratory coat without sound from the metal platform. The man who appears to be an emerald green-haired kid gazes toward them and turned around, meeting the two figures face-to-face.

“Did my old man tell you something?”

One of the figures who kept on a smirk stood up and nods agreeably.

“Up to you, he said.” said the second figure who stood up that kept a smiling face.

“Obviously, but what will it be about?”

“It’s about the suspected vessel’s identity.”

“Can you name some of them?”

“Hehehe, the old man didn’t mention any names so far. But he did say something about an international event and a date. Right, Happy?”

“I agree, if I were to know, we wouldn’t be here in the first place”

“So uh, do you have any clue what your old man meant? Hehehe”

The kid walked toward a 25-inch metal frame across them and turned on a computer below, revealing a hologram display with a calendar of events in every nation of Ithorenth.

“Hmm, the next international event will happen is around this coming July 4 which is the National IMA Entrance exam that occurs on the lone island of Coredevyllis. Assuming that the suspected vessels will all join there with the probability of “not-so-much / 1100” with every 100 representing a vessel. Our date of choice will be on June 24… Tell the old man that”

With no reply, the two figures hop in an instant, leaving the establishment. Meanwhile, the kid opened a specific file with a list of the suspected vessels.

“For 12 years, we finally got new progress… Heh… This is exhilarating” 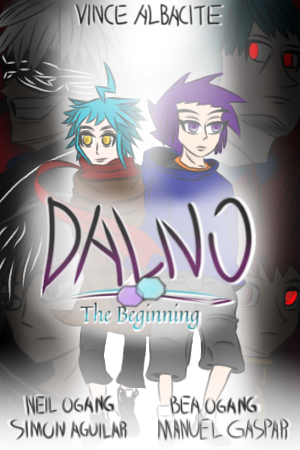