I walk into my new school for the very first time. I lived in this before, but my parents decided to move away due to some circumstances. Let's just hope coming back here will be better than my other high school experience.

"Taichi!" I hear someone yell and I turn around to face my old friend Karasuma. I smile and wave back.

"It's good to see you again Taichi. I'm glad your family decided to move back." He says as we walk in the hallway.

"So, what's your homeroom?" Karasuma asks. I proceed to take out my schedule and give it to him. He stops dead in his tracks after reading it, staring at the paper in horror.

"Hmm?" I say noticing his expression.

"D--D--Dog!" He says with complete terror. I was confused.

"You mean, you haven't heard of the girl in class 1-2? She's a complete menace." He says still completely frightened.

"I'm sure she's not that bad, she's probably just a girl." I say not understanding his concern.

"Just a girl! Just a--! Oh, Taichi you have a lot to learn. First off, the dog isn't just a girl, her name is Akira Hinata, and she is evil to the core. I once heard she beat up this guy so badly, he had to be hospitalized for weeks."

"Stay as far away as possible from the dog." He adds in a serious face, and I nod ok. By then we are at the doorway to class 1-2.

"Good luck, it was nice knowing you Taichi." Karasuma says petting me on the back and wiping a fake teardrop. I shake my head. Was she really that bad? Why is Karasuma being so dramatic?

"Well anyway, I should get to class now." I say finally walking inside.

Immediately, all eyes were on me as I walk in. The teacher introduces me to the class and instructs me to take a seat. I look around, there was only one seat open and that was next to a girl with dark blue hair. She focuses on something out the window as I walk over near her.

I then ask her if this seat is taken and the girl doesn't say anything, she just continues staring out the window. When I finally get her attention, I also notice that she has dark blue eyes. This girl was actually kind of cute.

"I'm Taichi, nice to meet you." I say holding my hand out for a handshake. She stares at my hand like it's the most disgusting thing in the universe. She slaps my hand away and begins to speak.

"Look, I can see you're new here, so I'll let you off with a warning. One, I could care less about who the hell you are, and secondly don't talk to me so we won't have any problems." She explains with a really cold voice and face expression before turning back towards the window.

I had no choice but to whisper over to the girl with the dark blue hair for one.

"Pfft, pfft." I said repeatedly, until the girl finally turns towards me. She didn't hide the irritation that was plastered all over her face

"Can I borrow a pencil? I seem to have broken mine an--"

"I don't care, find your own damn pencil." She says, but now I'm angry. Why is this girl so cruel? Well, either way I can't keep letting her say whatever she wants to me.

"Excuse me, but I don't appreciate how you are speaking to me." I say to her, trying to hold my temper.

"Not here to please anyone, now do me a favor and shut the hell up, because I'm tired of hearing your voice." At that moment she makes me snap. Without thinking, I shoot up from my seat and face her.

"What's your problem?" I yell and she now shoots up from her seat too and faces me. She stares at me with her cold dark blue eyes, and a sinister smirk appears on her face. She looks like she was going to hurt me. I was actually afraid of what she was going to do. After a long moment of just standing like that, along with plenty of stares in the classroom, the girl sighs.

"Hmph, just as I thought." She says, before walking right out the classroom. The teacher demands her to come back into the class this instant. I stare as the girl walks away. Why didn't she punch me? After all, she looked like she really wanted to. I do know one thing though, that girl must be the one Karasuma was telling me about and he was right...

She does seem really bad.

When I got out of first hour, Karasuma greets me.

"Yeah." I say as we walk in the hallway. The events that recently took place quickly replay in my mind. I quickly shake those thoughts out my head. I stop walking when I notice a group of people surrounding something. Karasuma stops to see what's going on too. I then notice that a girl with curly pink hair began to speak.

"So, our dream is finally coming true. One more slip-up and you are out of here dog." The girl with pink hair says making a mischievous smile. I now see she is talking to that blue haired girl from my class earlier. Her name was Hinata, I believe.

"Looks, like we won't be needing this petition to get rid of you anymore. All we have to do is make sure you slip-up again, and it's bye-bye to the dog forever." Another girl mentions.

"Tsk. You guys just don't know when to quit do you? Just leave me alone already. " Hinata says to them she had her hands balled up into fists now.

"Oh, is the dog getting angry? Let's see how angry it gets when I do this." The pink haired girl says, and she then pushes Hinata to the ground before she laughs.

Hinata just lays there on the ground, I can see she is trying her hardest to not fight back. I only just met her, and I can already tell she can take on anyone of those girls. I mean she was just going to fight me this morning.

"Oh, looks like she is getting even angrier, guys let's bring out the special gift we have planned for her. I just know she is going to love it." Just then two other girls arrive with a trash can and they dump it all over Hinata.

"Oh look, now she really is a dog waddling around in filth." Another girl states and the pink haired girl crouches near Hinata. She pulls Hinata by her hair so that Hinata can now look at her directly in the eyes.

"When will you ever learn that you are just a dog, and no one wants you here? All you are and ever will be is a worthless mutt." She then spits in Hinata's face and slams her head on the ground. By now those girls manage to piss me off.

"Leave her alone!" I yell and everyone in the group faces me.

"Hmph, let's go girls, seems like she has company." The girl with pink hair says and she and the others all walk away. I then approach Hinata and lend her a hand to help her up. She just stares at my hand.

"I can get up myself." She adds slapping my hand away. "Don't ever do that again, I don't need your help and I especially don't need someone to save me." She says getting up and brushing herself off. She proceeds to storm off down the hall and up the stairs. I begin to follow behind her when someone grabs my wrist.

"Taichi, just let her be. She is a dog after all." Karasuma says, and I free my wrist from his grip.

"Even so, the main part of her is also just a girl." I say and I go the same direction that Hinata went. I then see Hinata sitting on the roof with her face buried in her knees.

I approach her before I sit beside her. I hear sniffles, which surprises me. Was she really crying?

"Hey, are you--" I say reaching my hand out to comfort her, but she slaps it away and looks up. Her eyes were all red and puffy as she stares with her blue piercing eyes.

"What part of leave me alone don't you get? I don't need your help! Why do you insist on trying to help me anyway? I mean you barely know me or anything about me." She yells all at once.

"You're right. I don't know anything about you, but what I do know is that deep down, you aren't as mean and tough as you appear to be. You are actually just a normal girl who just wants to be treated the same as everyone else. Isn't that right Akira Hinata?" I say looking at her.

She relaxes a bit at my response, so that's when I know that I had hit home.

"Hmph, whatever. I will admit that was pretty impressive Taichi. How in the world did you know my name though?" She says looking at me.

"Let's just say, I heard about you," I state. A thought pops into my mind. "Wait, I can ask the same thing, how did you know my name?" I add, realizing she also called me by my name, Taichi.

"Well, like the idiot you were, you said your name and asked for a handshake earlier in class." She explains and now I remember when had greeted and said my name earlier.

This girl was quite the character. I wonder why she chooses to show her bad side to everyone so often.

"Oh, the idiot is still talking." She says getting up and walking towards the railing of the roof. She starts looking out towards the sky. I follow behind and stand beside her, before continuing my sentence.

"I was thinking that maybe I could help you to control the urge to fight." I explain and she just continues to stare out in the distance. Realizing she wasn't talking; I then knew that means no and to leave her alone. I begin to walk away. I open the door that leads back into the school. I take one last glance and she looks like she wants to say something.

"...Ok fine you can help me!" I hear her yell last minute and I smile. I then walk back up to her and hold my hand out for a handshake. She looks at my hand with disgust and sighs.

"Do I have to?" She asks reluctantly.

"To make the deal official we have to shake on it." She then rolls her eyes and shakes my hand. Many people might say I am making a grave mistake, but I knew this is the right thing to do. Besides could such a cruel and vile person have such a warm and soft hand?

Thus, the story of me and Hinata began... 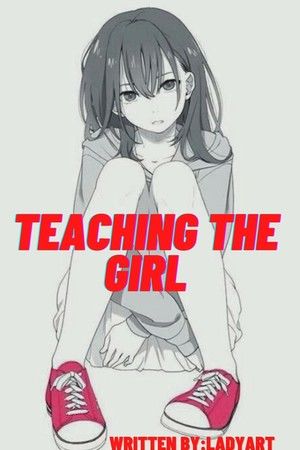