I’m so damn tired. My head was hurting, as well as my knuckles. I felt nauseous as I stumbled around. Oh, I remember.

The whole word blurred back into existence, as I shook my head. A stream of blood was pouring from my nose, as well as from my knuckles. I tried to stand up straight again, as I looked around and saw the crowd. However, I stumbled backwards into the crowd and was caught by a group of guys.

“Kazuya-san!” Takashi shouted as I saw him standing above me. “Holy shit… You took a real hit, huh?”

“Takashi? What the fuck is going on?” I asked him as I was still falling out of consciousness.

“Who are you talking about? And why the hell am I bleeding.”

“Look, get up, walk over there, and kick his ass. Your pride is riding on this shit!” He shouted as he lifted me back up again, and pushed me back into the small open area that the crowd encircled.

There a tall guy, with a square jaw stood. His face wasn’t as badly beaten as mine, but he’d still taken a few hits.

“Kabane-san, are you sure you’re fit for this?” he laughed.

Oh, that’s what he meant. Why didn't he just say so? “Fit for this? I was born for this!” I shouted. “Come at me you motherfuck–”

“What language is that?” I asked. I was hoping to spark a conversation so he would stop singing. Well, it turned out I actually did mind it.

“I thought we were at war with them? Soviets and all that?”

“Well, neither do I. I’m in love with one” I saw him smile. Not like his normal smile, but a kind of smile I had never seen him do before… “Ne eta ledyanaya sineva,” He continued singing.

The headlights. I glimpsed them for a moment. “Oh, fuck! Kazuya!”. The crash echoed through my mind.

I woke up again, in a cold sweat. It was that same dream again. I looked around the room I was lying in. It was easy to recognise it from all the other times I had been here. It was the nurse’s room. I put my hand to my nose and felt the bandages covering it.

“Kabane-san.” A voice beside me asked. I turned and saw the principal staring straight at me. Shit. I quickly scrambled together a fake smile. “Ah, Kouchou-sensei (校長先生)! How’s your day–?”

“Cut the shit, Kabane-san,” he interrupted. All the times I got into trouble, I never heard him once speak like that, ever. “What the hell was that?”

He was definitely pissed, maybe rightfully so. “Sorry, what are we talking about?”. I obviously knew that already but stalling was my best option for now.

“The crowd behind the gymnasium. We heard them from the other side of the school, and when we arrived they quickly dispersed, leaving only you, unconscious and bleeding on the ground.”

I didn’t say anything. Takashi! That bastard abandoned me there?!

“You’re the worst kind of troublemaker, Kabane-san. You’re a bright young man, yet you insist on this behaviour. You’re violent, cocky and selfish. I’m tired of having to constantly discipline you.”

Again, I didn’t reply. What could I even say?

“I know you want to continue school. I’ve seen your grades. But as principal, my only choice is to expel you for this behaviour. Suspension simply isn’t enough anymore–”

“Don’t” I interrupted. It was the first time I had talked back to him. A cocky 17-year-old making demands from his principal. My head had definitely been shaken a lot. This was the kind of conversation I never wanted to have with him.

“Don’t expel me.” I looked at him, tears nearly running from my eyes. “If I get kicked out of this school, what does that say about my reputation? I don’t want to be known as the bastard who got kicked out of school. How would I live a life without humiliation for that?”

He looked at me in silence for a moment.

“That’s exactly what I wanted you to say.” He said. “You’ve said it. Now, you’ve got to prove how far you are willing to go for it”

“What do you want me to do?” I asked. I didn’t really care what he wanted me to do. As long as I could avoid getting kicked out.

“Come to my office tomorrow after school, then we’ll talk”

He stood up and walked to the door, before turning around. “Kabane-san. You’ve got your pride on the line here. No more trouble.” He had a cold look in his eyes. I could tell he wasn’t bluffing. He was a merciful principal after all.

I arrived home pretty late, so instead of just walking in like normal, I discretely opened the apartment door. I didn’t see anyone in the hallway waiting for me. That was a good sign. Tou-san (父さん) usually did that whenever I had caused trouble and they called home. Since he wasn’t here, he either wouldn’t be home or wouldn’t have heard of what happened yet. My guess was that the principal wouldn’t tell him anyways. Else he wouldn’t have gone that far for me–

“You’re late” A familiar voice called from inside the kitchen.

“Well, if it isn’t Kishima Mai (木島昇)” I said as I walked into the kitchen. “What the hell are you doing here?”. She was reading some magazine while the radio was playing in the background.

“Well, Obahan (おばはん) called, told me that a certain someone hadn’t come home yet and that there was no one to take care of Ai (愛)” It was almost impossible to believe that the two of us were related with that thick Ousaka accent she had.

She looked up from the magazines and saw my face. “What the hell happened to you?” She exclaimed.

“Got my ass kicked by a second year behind the gymnasium.”

“No! I’ve got a headache, and you shouting doesn’t make it better!” I shouted at her, ironically enough.

I began going through the radio stations.

"What's your problem? You don't like Seiko-chan? Her singing's grea--"

"I'm not doubting the quality of her singing, and I'd rather not get into it."

I continued through the stations but quickly realised that nothing interesting was on. It was a shame, though. This thing was supposed to be the future of technology, and now, the only thing keeping me from using its successor was the fact that the television made me nauseous. I ended up putting it on a random station.

I looked in the cupboard for a glass but found that the regular spot where the glasses were in, was now occupied by bowls.

"Have you seen the glasses? They're not where they usually are. The bowls are there instead."

That may have been the smartest thing that she had ever said. Sure enough, when I looked at where the bowls were in the lower cupboard I found the glasses there instead. "Congratulations, you were right."

- the incredibly early summer has another surprise for us. Recent research suggests that a midnight sun will appear sometime during next week -

I looked at the glass for a moment. There was something on it.

“This glass is dirty.” I picked up another one. “And so is this one! In fact, why are all of them dirty?”

I ignored her and began washing a glass.

I felt it for a moment. The radio stopped. No. It was still on. But I couldn’t hear it. My hands began to shake violently. Suddenly, I began to feel nauseous, as I began to breathe heavily. My already bad headache was increasingly getting worse.

“What…What the fu– Wha–” I began muttering as I dropped the glass.

I saw Mai run to me, and grab me. She was saying something but I couldn’t hear it. There was no sound. Only the echo of the crash.

I looked at the table. “I see dirty glasses, magazines on the table, and a radio is playing…” I began saying. It always used to work, but this time it was taking longer than usual.

However, the noise was returning to normal again slowly. The nauseous feeling didn’t fade though, and before I knew it, I was getting sick in the sink.

“No! I’m fine. Just need… A mome–” I managed to say before I began throwing up again. 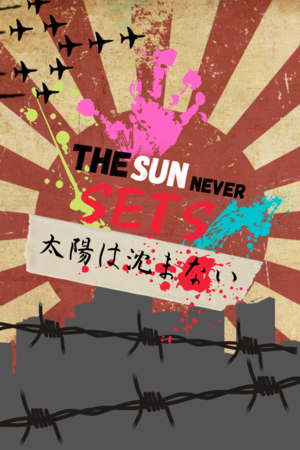