I awoke with a mild headache and a sore back in an unknown location. Looking around, I realized that the place I am right now is different than on the ship.Bookmark here

Maybe the spaceship did return me home after all? I thought. Bookmark here

The place where I woke up was a dimly lit one and I saw that the place was made up of some kind of stone. Giving a kick to the ground, I felt it was pretty solid as well. From the looks of the place, it looked like a cave of some sort. A fairly big one at that and I could see a hole with a faint light coming out. Thinking the hole was probably an exit, I excitedly walked towards it.Bookmark here

In front of me was something different than what you can see on Earth, something alien which made it sure that I wasn't on Earth anymore. There were three giant fucking moons in the sky and it was this moment all the hopes of being on Earth shattered inside of me.Bookmark here

Although I felt really horrible about the fact that I was on an alien world, everything around me was really beautiful. I stood in a huge field of some kind of grass which if looked from different angles would look different colors. There were many weird-looking flowers but they all looked kinda perfect in that environment. Bookmark here

I was thinking about taking some pictures of the place which was stupid considering I will probably never go back home. So I did the only thing I could do and that was to walk and hopefully find out someone or something. After walking for a while my mood started turning better, which was probably thanks to the wonderful scenery of this alien world. Bookmark here

Soon though I started to get hungry. God knows how long it has been since I last ate. Thinking about the different delicious food I would eat while walking didn't help me much. What wouldn't I do for a burger and fries? Just thinking about them made me ten times hungrier.Bookmark here

After walking for who knows how long, I was very tired. I was ready to drop dead at the spot from the exhaustion. I didn't notice that I was nearing a cliff and that I have to climb down the cliff if I wanted to find someplace where I would probably get some help.Bookmark here

Due to exhaustion, I didn't really see how the near the cliff I was and before I knew it I literally reached the end of the road and fell. Thankfully, I fell in a small rocky part of the cliff which was jutted out and kept me from falling further. It was like some kind of platform. My body bears scratches all over it but still, I was relatively fine. Slowly stepping near the jutted part of the cliff, I was surprised to see that there was a similar platform all over the cliff, many of them reach towards the bottom of the cliff. Quickly I thought about using those platform as a means to reach towards the bottom. After about an hour of nervously jumping around those platforms thinking about my horrible death if I fell, I was finally able to reach the bottom.Bookmark here

The thought put a small smile on my face. But, now I had spent all my energy and the feeling of drowsiness was all over me. Hunger and thirst didn't help either. So I moved towards a relatively shaded part near the cliff and sat tiredly.Bookmark here

I am so hungry I could eat a whole pig was the last thought in my mind before I dozed off.Bookmark here

With a feeling of something poking me, I was waking up from my nap. My eyes were still closed while my body a bit refreshed after a tiring day. Suddenly the feeling of being poked grew so much that I felt a sharp pain. Bookmark here

Quickly opening my eyes, I saw a woman poking me with what looked like a large pointy stick. She saw my eyes open and reflexively jumped back while holding the stick out as a weapon. I was now trying to stand on my feet. She looked a bit aggressive judging from her stance while her eyes were watching my every move warily.Bookmark here

Yay..!!! Finally, I found someone that can probably help me, even tell me where I was.Bookmark here

The thought was exciting, to say the least.Bookmark here

I held up my hands in a friendly manner to show that I was not carrying any kind of weapons and was not a threat to her.Bookmark here

Seeing this the woman while still holding the pointed stick somewhat lowered her aggressive stance.Bookmark here

Taking it as a good sign, I finally thought of talking to her.Bookmark here

She was silently watching me speak. So I thought of continuing my introduction.Bookmark here

"My name is Benedict Cook. What is your name?"Bookmark here

As far as the introduction goes, I guess this was the best I could come up with.Bookmark here

Still silent? What should I do now? Was my thought.Bookmark here

Suddenly, she threw away her stick on the ground and started speaking in what I thought was gibberish. Bookmark here

You are on another planet idiot. How could she speak English you dumbshit? Bookmark here

I was berating myself silently when she stopped speaking and looked at me. Her stare sent shivers down my spine and it felt like as if she's trying to see into my soul.Bookmark here

At that moment my stomach growled like a freaking monster and I was suddenly feeling hot in my cheeks. Feeling a bit embarrassed about my stomach, I kept my head down so as to not look at that woman.Bookmark here

However, in the next moment, she took my left hand and weakly squeezed them as if telling me it was alright and nothing to be embarrassed about. Then she opened her mouth and with her free hand gestured toward it while moving her mouth and making a grinding noise. She left her hand which was on mine and pointed towards the direction of the structures I saw from the cliff. She probably realized I was hungry and was trying to help me get something to eat back in her home which was probably a village or something like that.Bookmark here

I nodded to her and she then started walking slowly towards her home. Bookmark here

While all this happened, I never actually looked at her properly, so while she was moving in the front, I analyzed her while also slowly walking behind her. Bookmark here

Her hair was dark brown which reached near her shoulders and was braided in an elegant fashion. She was wearing a simple light blue colored tunic and a brown trouser and black colored boots. The dress was quite clean and looked new rather than being old and dirty. Bookmark here

Increasing my pace to match hers, I quickly came near her. Sneaking a peek from the corner of my eyes, I saw that the woman was quite beautiful and looked around mid-20 in age. She was humming some sort of tune and it was quite relaxing to hear. While I was admiring her, she turned her head in my direction and to avoid looking like a creep watching her, I quickly pretended to watch the surrounding.Bookmark here

She must think that I am some kind of lecher watching her. She is probably even regretting her decision to bring me to her home.Bookmark here

My thoughts were wandering around while we were walking. However, what I didn't notice at that time was that there was a small smile on her face.Bookmark here 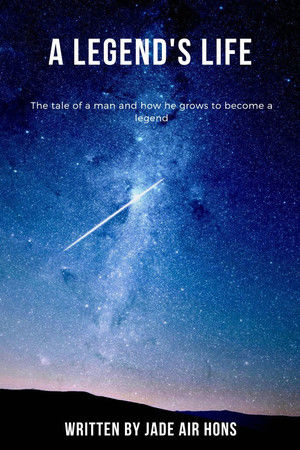