Soon after the Bellatos Soldiers left the charred home, Bridget clutched Maria in her arms and slowly began to move in the other direction. She knew that she couldn't disclose her location to anyone or anything for the safety of her children.Bookmark here

'I will save you both!' Bridget resolved in her heart.Bookmark here

Later, Bridget stumbled upon a familiar path and seeing a nearby resting spot she took a moment to recover her strength. It was the escape route to which she was relieved to see that it hasn't been discovered to which she held Maria in her arms and smiled, knowing all would be well. Suddenly, a sound was heard as light streamed a short distance in front of her as the area where they were just in was engulfed in an explosion.Bookmark here

The impact was devastating, as the environment around them crumbled and amidst the roaring sounds of trees a figure also flew past them shielded by a blue light then fading as it neared them. Bridget braced for impact but only heard a soft landing near them as she then opened her eyes and was immediately bewildered to what she was seeing.Bookmark here

Twitching slightly, The boy showed signs that he was alive though just barely.
Bookmark here

Maria, hearing Luke's name turned to see her little brother and immediately went by his side nudging him slightly.
Bookmark here

"Luke it's me! Maria!"Bookmark here

"Maria! Be quiet! We can't be so loud, we need to keep moving."Bookmark here

As Bridget lifted Luke into her arms, Maria defiantly stomped on the ground with tears developing in her eyes filled with rage. Bridget knew this too well, it was so nostalgic that something had to be done now for Maria's sake.
Bookmark here

"Maria, your father is here with us. He will always be here for you."Bookmark here

Bridget knelt before her daughter, pressing her finger in Maria's heart. Maria, then ran into her mother's arms and began to mourn her father's death.
Bookmark here

"I miss daddy, I want him here!"Bookmark here

"I know, but he's here with us."Bookmark here

Cradling Luke, Bridget took Maria's hand and they began to walk down the path towards the safehouse her husband made for them in the outskirts of the Venia region.
Bookmark here

Moments ago, General Helmut organized his men to a suitable distance soon after regrouping with the villagers and began preparations for "The Cleansing"Bookmark here

Energy soared into the sky as if a deity was receiving their request to which the villagers witnessed a sharp light hit the home, but then enlarge itself to eradicate any trace of Geralt, His Home, and any other living creature within the blast radius.
Bookmark here

"We can only hope that the children survived..."Bookmark here

Helmut, turning to the villagers was amused by the same look of terror sprawled across their faces as if he had already seen this many times before...ever since he first enlisted to where he was now, it was the same.
Bookmark here

As the villagers began praying for their lives to be spared as the soldiers brandished their weapons as if target practice was soon before them the old man who had betrayed Geralt spoke up suddenly to voice his case as the brilliant symbol of Bellatos shone across the horizon.Bookmark here

As if ignoring his pleas Helmut simply sat in his horse and watched the spectacle before him.
Bookmark here

"We have eliminated the heretic. Please have mercy on us!"Bookmark here

The old man went pale along with the other villagers who clutched their children in their arms as the soldiers soon laid waste to them. Some fell quickly to the sword, Some struggled to their last breath, and Some proceeded to overpower their assailants then proceeding to have the children run off into the woods as their protectors fell shortly after to the sword and energy-infused arrows.
Bookmark here

"Sir, the children have escaped. What are your orders sir?"Bookmark here

"Capture them, The Abbot would be most delighted to have more toys to play with."Bookmark here

Helmut grimaced at the thought of The Abbot, his methods of altering humans through experimentation were dissatisfying to him than striking down someone's life in person with the blade.Bookmark here

Slowly riding to position he heard a groan from behind to which he turned his head to see a young woman grasping his Plated Shoes, blood trickling down her arm he remembered what this creature looked like before, a fair maiden with chestnut hair who would have done well as a good wife but now...
Bookmark here

...all that remained was an enraged beast that must be put down.
Bookmark here

"Look at yourself, before calling me one."Bookmark here

Brandishing his blade in front of her, she saw herself...her hair streaked with blood. Her nose broken, and all manner of grotesque features a woman would be appalled to witness in their lives.
Bookmark here

Taking this moment to cut off her arm off as the blade slipped through as if butter were being served to him.
Bookmark here

The arm, soon hit the ground as blood slowly dripped from her leaving her to fall face first with her other arm disabled she could not rise but could only look up though as she did she found her vision rolling away only seeing Helmut and her body as her comprehension soon faded, and so did her consciousness.
Bookmark here

Taking the moment to sever her head Helmut could only sigh in disappointment then continuing his march in place at the head of the battalion. The soldiers, knew this scene all too well with every mission because like Helmut, this was only a mission to them.Bookmark here

In the distance, a beam of light glimmered as two figured stepped out into the area then seeing the illuminated Lustratiol cast. As they walked towards the edge of the cliff one of them spoke.Bookmark here

"It seems we were too late."Bookmark here 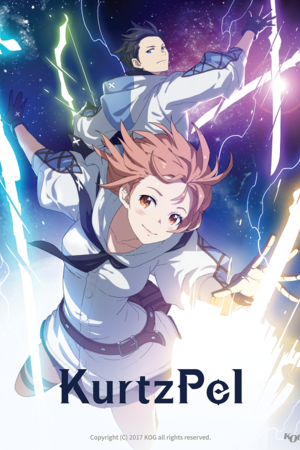