The King's daughter was slowly dying. Every breath caused her more pain than the previous one. She cried out to her father in agony as she clutched the pendant around her neck. The king took his daughter's hand with tears rolling down his cheeks as he begged God for mercy. Bookmark here

do not let her suffer...Bookmark here

The princess squeezed her father's hand while she groaned. The pain she felt was indescribable. When the pain worsened she longed for death because she did not want her father to suffer watching her. Without getting up she tried to search the room for her brother. She found the prince standing next to the doorway. She could feel him fighting the urge to leave. She felt somewhat relieved to know she was not alone. While the king was knelt at her bedside, a dark shadow cast over him and a cold hand touched his shoulder. The shadow became darker as it drew closer to the king's ear and whispered.Bookmark here

"You know there is only one way to save your daughter." Bookmark here

The mysterious man told no lies. The king knew of a way to save his daughter, by seeking the help of a sage. It was an ancient method used by Nymphians. It was said that a sage could cure any sickness by transferring the spiritual energy of another person. Though doing this would mean breaking the seal that had given his kingdom eleven years of peace. The king looked up and turned around to get a view of the man behind him. The king had seen that familiar grin before and did not trust it. With his daughter's life on the line the King could not think a better option. The king stood up and holding his tears back commanded.Bookmark here

"We must hurry to Nymphea!"Bookmark here 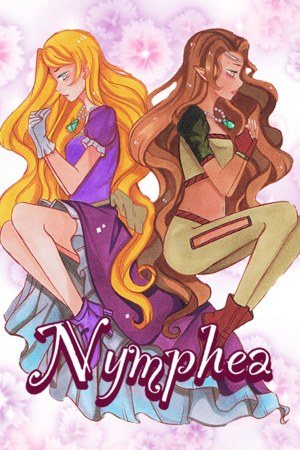