The moon was full and the tides were high. A war was waged under this moon. A war between two powerful nations that would change the course of history, my history, Forever. A war between the Phoenix and Dragon Clans, two powerful clans that had so much bloodshed already in the past, decided to have another.

No one knows what or how it happened neither did any one care at the moment, the only thing people wanted to find out was how to escape this wretched place.

This place was Raibarumura (the Land of Rivals) and it was in complete turmoil, blood gushing out of the bodies of men, women and children littered on the floor, stench so horrific, it made people vomit in absolute disgust, and the crying of a baby that could be heard from the basement of a house this baby was of course connected to this story because… He was… Me.

“Shhhh, please stop crying.” she whispered, “If you keep crying like this, they’ll find us for sure.”

This was the worst time for any woman to give birth, but she was one hell of an exception. She was in a very protective and weakened state due to her just coming out of the labour of childbirth, and with the noises coming from the war above them, these feelings where intensified.

“Where is he, I hope he’s not dead” she asked herself while carrying her new born, “he said he would be around the area and report back in an hour, but it’s been over five hours. He better not die and leave his son fatherless.”

She continued thinking to herself shaking her head in disbelief when she heard the door upstairs that lead to the front porch open. Her body was immediately shaken from fear, it wasn’t the fear of losing her own life that worried her, but her son’s. Her body responded with a growl as she slowly walked backwards into the darkness of the basement while she awaited her potential killer. As the footsteps sounded closer and louder, so did her growls become more intense as she waited to fight to the death for her son.

The footsteps could now be heard on the basement stairs coming down, and slowly her growls started to sound less like any animal that could be found in the world as now, the threatening figure was now a few feet close. She was just about to attack when she heard the familiar voice of her husband.

“Sorry it took so long…Mariam, I was looking for better options.” He said as he was approaching them. The woman was still growling because she wasn’t sure if it was real or she was just hearing things. She then turns on her night vision and sees her husband as he kisses his son’s face.

“Araya!” she said with a big sigh of relief “you had me worried.”

…. 15 years
N
A boy can be seen running away, ’but from what exactly?’ you may find yourself asking. Well let’s just say he wasn’t much liked and was also a bit of a trouble maker to be honest. He always seems to be at the end of every theft that happens. It would be quite a way to start the story with a lie and say this was just a random kid when really, this kid was uhh… Me, embarrassingly enough.

“Kill the little son of a bitch!” One of the villagers in the mob could be heard saying.

“C’mon guys can’t you take a little joke.” I replied knowing fully well it wasn’t a joke they took
too kindly to.

I wasn’t liked by the villagers for as long as I could remember. They would always call me names like half and half, devil’s child, impure, and so on. As far as I was concerned though, I didn’t like them as much either.

So, to prove that I was the devils child they thought of me as, I would “occasionally” (actually, daily) steal things to cement their suspicion. But today was a totally different day. Normally, when I take something they just spew curses on me, snitch to my guardian and leave me alone, then the next day we just take it from the top. Today was different, not only where they chasing me, they were carrying pitched forks and torches in broad daylight. I know I’ve stolen a lot of things, but it was just a book and the cheapest one in the store too. I’ve stolen much worse, so this got me baffled a bit.

“They’re still chasing, man these guys are out to get me.” I thought to myself as I made my way through an ally way, any normal person would be dead at this point because the ally was a dead end, it was a large wall that separated the city from the outside world.

For any untrained individual, this would be a real problem, but for me, it was an opportunity. I ran up a wall of an apartment beside me before jumping on to the other apartment wall, jumped over the large wall that blocked my only escape to freedom, flipped in mid-air a couple of times before gracefully landing on the floor with both feet.

“Phew that was close.” I said to myself out loud before moving away from the wall, still scared that they might break down the wall just to keep on chasing me (I mean they bought freaking torches in the morning, so nothing is off the table).

'Wait, how will I get back now?' I thought to myself as I walked past some deep forest realizing I have never been outside the village by myself before.

“All those freaking flips for nothing!” I said to myself, disappointed that I still didn’t know my way through the forest even after training countless times within it.

It took a bit of time, but I found my way through the deep forest and came out near the entrance of Raibarumura, My only home. Then, I heard the familiar voice of a man, the voice of a man I feared more than any mob holding torches in broad daylight.

“Kai, what are you doing outside the city?” I turned slowly out of shock and fear as I called out his name. 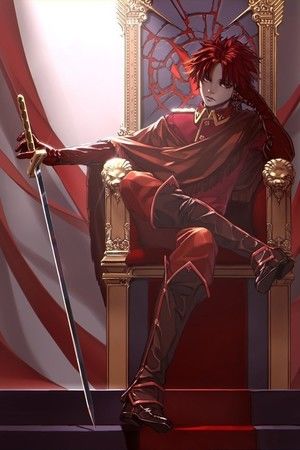