Side story: A Mother's Mistake

After his mother left the house, both Kokone and I embrace Yuuto to show him that we were there for him but in my heart, I knew that Yuuto should’ve made up with his mother. I feel a little bad for not pointing it out.

All of us had my “I’m okay now converting miso soup” together. Yuuto had already seemed to be feeling better, he was making jokes with Kokone and enjoying the soup. I really loved this boy but I didn’t have the courage to tell him. When I grow older, I definitely will tell him.

After gaining the resolve to tell Yuuto about my feelings in 4 years, Kokone and I had decided to leave. Staying the night was too stimulating for me. It was unfair that Kokone got to sleep with Yuuto on the same mattress, I wanted to sleep with him as well. While I was sulking in my thoughts, Kokone was walking and jumping all over the streets looking happy.

“Well, I’m happy everything went well for Yuuto” She said.

I was surprised that she was paying enough attention to actually know what was happening. My sister might be a genius, I should be wary of what I talk in front of her from now on.

On our way back home there was a park with someone sitting on a bench. It was a lady wearing a brown coat. I recognized that figure the moment I saw her. It was Yuuto’s mom.

“Kokone, go ahead without me. I have some work to take care of”

“W-W-W-What are you talking about. I’m seriously not” was this girl seriously only 12?

“Okay” she said with a very visible grin.”

“Okay if you say so” she said while shrugging her shoulders and giving me a wink. This girl was seriously unbelievable.

I slowly walked towards the park to see if that lady was still sitting there by the bench and sure enough, she was.I looked at her from afar, she looked lonely. I could see the tears that were running down her face despite her constant attempt to stop it. I decided to approach her-

“Hello, I’m Akira Kanazawa, Yuuto’s friend in school” I said as I bowed to her.

“Hello dear, You don’t have to be so formal” she said with a forced smile and a quick face wipe to cover her tears.

“So, How is Yuuto doing in school now? I know he’s been bullied for a long time but he never mentioned anything about high school”

“His grades are amazing. He’s super fun to be around and he always helps me when I need it. He’s very good at handling my younger sister. Overall he’s a great person” Uh oh, I might’ve spoken more than I needed to. I just got a little carried away when talking about Yuuto. I started to get a little embarrassed.

“Is that so?” this time her smile wasn’t forced. I could see that she was genuinely happy to hear that her son had become such a refined young man.

“You don’t have to call me ma’am…I can see that you would like to eventually call me mom” she said with a slight grin. Was everyone this cunning? Was the one that innocent?

“Although, I guess calling me mom isn’t going to happen. I was completely and utterly rejected by that boy” she said going back to the forced smile that was hiding all her pain.

“Well,and I had half expected this to happen. Asking a boy to accept the mother that threw him away was just a pipe dream”

“Ma’am what exactly happened? Why did you suddenly decide to come back to talk to him? I could see that you really wanted to talk to Yuuto, bond with him like a real parent. So then please tell me, why did you have to leave him behind? What happened after you did?” I asked her. I wanted to know everything.

“I was 19 when I had Yuuto. I was a dumb girl in love. When I had Yuuto I was completely angry- the man I loved had run away the moment he heard of the pregnancy, and my parents were completely disappointed in me. Not having a place to direct that anger, it was all directed at Yuuto. After taking care of him for 5 years, I naturally did grow attached to Yuuto but I still didn’t think that I was ready to be a mother. I wasn’t financially stable. I couldn’t give him a lifestyle that he would enjoy or like. Well at the end all those were just reasons that I gave myself to justify abandoning him. I don’t deserve his love now. I was a terrible person back then. So I left him with my newly married sister and went off on my own and got back to studying and then started a business of my own which is now doing very well.” I could see where Yuuto got his self-deprecating qualities from.

“I had recently seen Yuuto at the cinemas with you and all the memories that I had locked away had come back rushing to me. All the times we played games when he was a kid or the times I fed him his food. It made me realize that I was an idiot to give up the joy of parenthood. I wanted to talk to him and get back to the relationship we had when he was a kid. I had decided to harden my resolve and apologize to him and trying being a good parent from now but this was the outcome I had expected and feared the most”

“Mrs Satou, What you did was wrong but every human makes mistakes. We’ve all made mistakes. I’ve made plenty of mistakes and I’m sure I’m going to make more. So has Yuuto. Everyone makes mistakes but it’s those that can stand up and say they were wrong and apologize that are actually the ones that can be forgiven. You did something wrong on the spur of the moment, I won’t deny that But you had the courage to come back and face Yuuto knowing full well that this was a possible outcome.” I told her my thoughts on the situation. She was a strong woman to be able to come back and face him.

“ So, Please don’t give up on Yuuto just yet. He’ll eventually come around, I know he will. So just give him some time” I said while bowing to her

“I don’t know if that will ever happen but I’ll wait till the day I die for that boy. I won’t make the mistake of leaving him twice” She said

“Well then I’ll be off now” I said while bowing. She and I had exchanged phone numbers so that I could tell her if anything had happened to Yuuto or if he needed anything.

“Oh, by the way Akira, You have my blessing to marry my son” She said while giving me a wink

“W-W-What are y-y-you s-a-aying?” Why was everyone making me embarrassed today?

“I’ll thank you for that though” I said to her returning the wink. I did want to eventually reach that step.

“Oh, wow” she said with her eyes sparkling.

“Well Akira, see you later” She said while bowing.

We both went our separate ways after that. I went home and saw that Kokone had run back to Yuuto’s house. Wait what? She got a headstart?… I ran as fast as I could to catch up to that dangerous girl. Although I was pretty sure Kokone had only platonic feelings towards Yuuto but one can never be too sure. 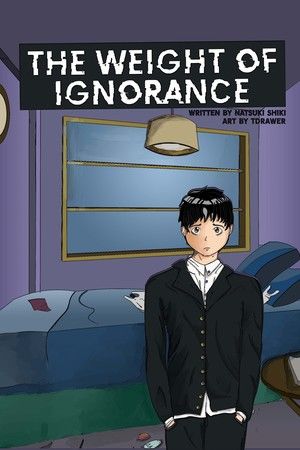