One act finished, one more to show. The actors were preparing and the crew decorating. The curtains were drawn but it won’t be long, with a whimsical cast the next diva sings her song.

Plays were indeed an experience to live. Despite bearing the same title and people, each iteration was uniquely different than the last. The lines, the movements, the lights, the props, the music, even the audience and their reactions, everything was interesting. I was fascinated by plays even if the era I lived in had already moved on to the more exhilarating digital movies, I still find the live theatrics peerless. I even went so far to describe it as the ultimate form of art, a little above painting and written literature. Oh, I used the term ‘written literature’ because the stories a play portrayed came from those. A picture paints a thousand words, as the saying goes, but I say movements express a thousand pictures.

I met an interesting woman today. Her name was from the oriental descent—Toriko was it? Anyway, during the play, her comments were the very same things I thought of so I asked her if she liked watching plays and she said she didn’t. Toriko loved plays.

One thing led to another and we found ourselves meeting often, often discussing the iterations of the same title and examining parts we fell in love and those where our opinions differed.

“I like the unpredictability of the cast,” she said. “Especially during scene thirteen? You could see her anxiousness oozing out of her character. She used the fact it was her debut performance and turned it to her advantage. Just… How awesome is that!?”

That’s why movies, or anything digital, paled in comparison.

You couldn’t capture beauty like this is any other form of media.

After a few more meetings, we became close enough to share what’s on our minds. Our hopes and dreams and whatnot. Everything one found hard to divulge to some stranger we could to each other. I felt at ease around her. Toriko also felt at ease around me.

“Yep, it’s true. I’m writing a book,” I affirmed as she teased me about keeping a diary around.

“Eeh? Don’t tell me you wanted to sell your diary as some ‘book’ you made. Stop lying,” She poked my cheeks playfully.

She’s correct though. I wasn’t writing anything special. Just a story about some theater nerd and his disgusting love for plays. Never in my life would I think of selling this. Ever. In fact, after I hit fifty or sixty, I decided to burn this diary so no one but my soul and my ancestors would be able to read it. I even got so embarrassed when Toriko found out of its existence. I knew for sure she’d hate me or worse. However, she didn’t find me repulsive nor did she reduce the distance we worked so hard to build and maintain all throughout the years.

“Pardon?” I asked, confused what’s she’s on to all of a sudden.

I shouldn’t have asked.

Maybe staying oblivious wouldn’t help either. Toriko knew. She might as well know everything there is to know about me. But after all the time we’ve been together, I also learned a fact about her.

That she was a bigger enthusiast than I, or anyone could ever be. 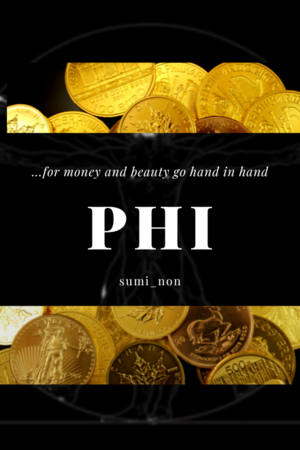