Nafilah was in the midst of taking a bath in her room. She had gotten up unusually early this morning. After seeing the sight of Prince Lucas’s face after reading the note he had received during the party, it had been bothering her. Bookmark here

“I wonder what the note said…”Bookmark here

Nafilah played with the bubbles that remained in the tub as she worried about the note.Bookmark here

“For him to take off as fast as he did…it must have been something bad.”Bookmark here

Nafilah sunk her hands under the water and lifted her hands up again. She watched as the water slowly seeped through her fingers. Bookmark here

“Why should I care anyway? !”Bookmark here

Nafilah’s voice carried throughout the room as her voice grew louder. She jumped up from her position and stood in the middle of the tub. Water rushed down her back before it fell back into the tub again.Bookmark here

“ Urgh! I need to focus on the king. Instead of getting flustered over other people’s foolishness.”Bookmark here

Nafilah had only placed one foot out the tub when she heard the housemaids running around frantically outside. Each one screeching as they hustled up and down the hallway. Bookmark here

“But it is still being pressed!”Bookmark here

Nafilah’s ears perked as she listened to the commotion happening outside. She grabbed her towel from off the rack near the sink and wrapped it around her body. She looked into the mirror and smiled.Bookmark here

“I guess it wouldn’t hurt to follow him…I mean he might lead me to where the king is.”Bookmark here

Nafilah stared at her reflection in the mirror. The thought of what the note contained crossed her mind again.Bookmark here

“Yep, I’ll follow him with the hope that he will lead me to the king… not because of anything else.” Bookmark here

As Nafilah was changing she continued to lie to herself about the reason she had decided to follow the prince that morning. Even though the context of the mysterious note still bothered her, she repeatedly reassured herself that it was not her main goal. Nafilah left her room once the housemaids announced that the prince was leaving.Bookmark here

“Hurry up, we must accompany the prince down the hall.”Bookmark here

Nafilah followed behind the two maids who were doing their best to catch up with fleeing prince, but she kept enough distance between them so that her presence would not be known. Nafilah continued to follow them until the prince made a sudden stop in front of the stairway at the end of the hall. The two maids stumbling behind him were startled at his sudden pause. Bookmark here 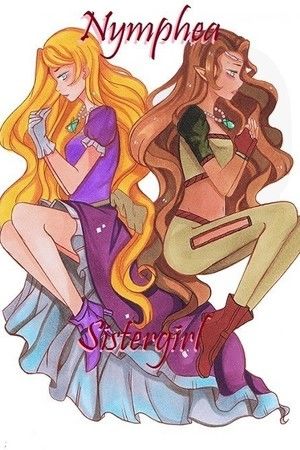