Who has truly left?

Rain splattered on the concrete ground, accentuating its rough parts. A car splashed water that accumulated from the poorly-designed drainage into the sidewalk. An umbrella shielded just in time to protect a happy boy’s mood.

‘Look at those neon lights!’ he thought, looking at the reflection of them on the ground. Those lights belonged to the overhead railroad built between two opposing lanes of the road. It was supposed to make the eyesore less of an eyesore, but it only made it worse, giving it a blighted look; some people liked the punky appearance, but most didn’t, thinking that it was a poor choice of an outdated design trying to look sleek and modern.

The rules of the street were usually broken: jaywalking, lane-swerving, red light-running; it has become a routine for most of the law-abiding citizens—they still considered the law—but they ignored the small details as everyone did.

But not this boy, in a red-accented, black high school uniform. It was your average kid who looked gleefully lucky, but this wasn’t normal for this age. Such prim and proper, ‘normal-looking’ students were deemed to be weak. Kids like him—and there weren’t many of his types—were most often beaten up into a pulp and squeezed out of its juice until they were bone-dry.

Indeed, this guy was lucky– happy-go-lucky.

At this time, he was more than happy; he was ecstatic—so delighted that anyone could perceive him floating in the air with pure happiness. And, the reason was:

–it was for an ulterior motive. Do not be mistaken, however. He was still a mama’s boy.

He was above the law-abiding citizens: paying and worrying about the small details of the law. When the light turned green, he made sure to walk on the rows of white lines, almost leaping all the way. He reached the center, beneath the railway transit, which gave him shade, so he closed his modded umbrella. The traffic light turned red, and he abided.

“What ‘modded’?” you ask. It was modded because he added neon lights that would light up when he opened the umbrella. It would then turn off when he closed it.

Traffic lights like these weren’t kind to the pedestrians. They made pedestrians wait for a long time for a short time to cross a single lane. Even a professional sprinter couldn’t outrun the cruel timer.

So, he waited for nothing but the timer, admiring the umbrella he customized the other day.

“How customized?” you ask. Its handle had a flashlight that would light up the path in front of him. Not only that but, he lubed and balanced the spokes of the umbrella, removing the scratchy, rattling noise it made when it opened. It was also reinforced with a carbon-fiber coating so it could last much longer than your typical, cheap umbrella.

He planned to make them ‘smart’ soon—opening it with voice recognition.

The light flickered green again—it was flickering only when it was green; it’s a malfunction, not a feature—and he hopped quickly. Then, something stunned him.

The fast-approaching splashes of something heavy. Whatever approached was so massive and swift that it shook the hastily-built asphalt. He knew even when he looked. He’ll know when he looked: that it was his inevitable death.

It dawned upon him that he lay on the ground; he laid upon the ground, numbed to all senses, yet, he thought he was lighter. He tried moving, but his body disobeyed. Now, he felt light and heavy at the same time. In one moment, he felt like flying; in another, he felt like dying. So, did he also feel heavy, yet he also felt lively?

He felt strength returning—being absorbed back into his body—amidst the cooling flow of warm blood. He has become so desperate that even licking his blood from the asphalt was considered a viable option to live.

He was feeling even lighter and quickly emptied of something. He struggled with his consciousness, still hopeful.

“I–I will be there… at the lab…” he thought as he weakly muttered. Such hopeful words somehow invigorated him to live.

So, with his dominant right arm, he–

His eyes wavered; his mouth quivered. He feared turning his head and witnessing the consequence of his actions. Now that he noticed, he realized something was missing—badly, badly missing. It was so bad he could cry, but he didn’t; he couldn’t. Finally, after a few wondrous seconds, he focused his eyes on a part of himself.

And he gave up his spirit.

He refused to open his eyes.

He refused again, but ‘disobeyed’ was a more fitting word, for being called by his name, ‘Allen,’ usually meant he was in trouble.

“Allen,” her voice softened. “My son,” she said lovingly.

Finally, he opened his eyes. He was confused why she suddenly changed her tone of voice; to him, it was like she was pleading, begging profusely. He sensed a slight crack in her words. It felt like this was the last time he’ll ever hear her voice calling him.

He opened his eyes, but the white light that surrounded him blinded him. He wondered if this was the afterlife, but he perished that thought because that would turn this calling dream into a hellish nightmare.

“Do not touch the lab!” she shouted; her voice degrading into that of a screaming monster.

He jolted onto a bed, but his weakened body restrained him into that bed. He smelled a familiar odor; it was something he frequented in his mother’s lab. It was uncannily familiar, but he knew there were no such beds in the lab. He deduced that he was in a hospital.

He silently sighed, relieved by the fact that he was alive. That meant that he could see his mom and her lab once more; this wasn’t the end of him. He was glad he clung on, with his hope weakened by unfavorable forces. Indeed, he was lucky; he was happy.

With expectant golden-brown eyes, he looked to his left and his right, but he found no presence, though he felt someone nearby, outside the room’s door.

‘Looks like I get to see her either way!’ he joyfully thought.

When the door opened, he shouted a greeting, “Hey, Mom! I’m still alive! Did you miss… me?” His voice died down, disappointed by the person who entered. “Oh, it’s just you, Annely.”

She responded with vigor, “Don’t you–” but her face fell. The weight of her masked emotion depressed her impatience; she sighed. “Allen–”

Allen was stunned, but his complacency made him interpret her statement as sarcasm. “You killed her? Do you think you could replace Mom? I know you’re so jealous, but you shouldn’t do that! It’s wrong to take a life–”

“I know. Now, could you please actually bring her here?”

Silence. He looked intently into her eyes; her eyes glazed over due to the tears that covered them. His eyes followed the tear that formed and flowed down her face.

“You’re joking,” his tone now a little serious. “You shouldn’t joke around like that; it’s not cool, you know? Great acting by the way– could you please show her now? I’m done with your prank; it’s not funny anymore.”

Covering her face, she started sobbing. She couldn’t look at Allen’s innocent and oblivious face—a face that couldn’t accept the truth and reality. She knew how optimistic her brother was, and it pained her to tell him the truth, but she thought this was the time for him to see life without neon-tinted glasses.

“No… No!” he raised his voice. “No–no–no–no! You’re joking! This isn’t true–right, show me her right now! The body–the body! Show me the corpse–stop lying with your stupid, crying face! You look stupid, you know! Bring me to her lab. Bring me to the lab! You’ll see her annoyed face again, I tell you. C'mon! She’s waiting!”

She emboldened herself to look into his face but immediately averted her eyes. The truth was too hard to look at.

The room was filled with cries.

Tears splattered on the marble ground, further glistening the sparkling floor. A woman gently hugged a boy for comfort, but his arms shielded him just in time to refuse it. For a moment, he imagined his mother. He longed for her warm hug that would melt him in eternal affection as if she’ll never leave him. So, he let his guard down, and his sister wrapped him in her arms. It wasn’t the same. It felt lacking. He felt dissatisfied and frustrated.

‘She has left me,’ he thought, tearing up once more. 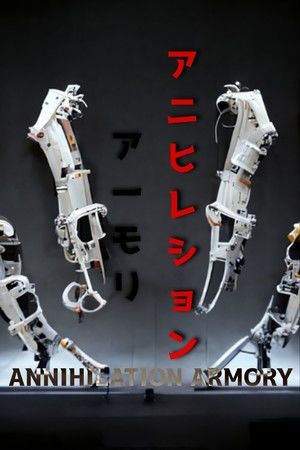