never in my life i expect someone to die in front of me...it was terrible id say

do you ever wonder what it feels like being betrayed?or perhaps being stab by a person you least expect?or how about cry on tears.with nothing but full of shame and regrets?wishing you can just turn back the time and undo whatever shit you had done.

life would be easy if thats the case right?

well,the world is not easy that we can do what ever we want,no point crying over spilled milk.it was what has been said and done. afterall,we have to live by the choices we make

i was waiting for my sister at the school cafeteria.minutes passed but she hasnt arrived.she didnt even bother texting me

it lead me bo choice but to order something to kill time.im not in the mood to socialize people to entertain myself.fortunately,things went well

i ordered a cup of green tea and some pastries.while sipping my hot drink... sorrow and the scent of fresh tea leaf

i lopk at the table next to me which qas occupied by two girls that until now,ordered nothing yet

theyre such an eye sore actually

until theres a boy went in the frame and the girls greeted him cheerfully amd as soon as he took a seat.the girls starting to order

aw they seems to be really good friends.i wobder what it feels like being in a circle of friends.it would probably be bice dont you think?laughing over little things and sharing thoughts and perspective to random stuff they could think about

but im not jealous actually.im nust curious what it feels like.i dont even know why they caught my attention.perhaps somethings off about them.especially the way they look at their prince as if hes the apple of their eye

they ordered a donut and a coffee by the way.i find them stupid prdeing the same thing their boyfriend ordered

and the short shair girl stopd up frpm her seat and volunteer tp get a creamer for him.wait...are those two girls like that guy?they stare at him with dreamy eyes whenecer xhance presents it seld but i guess rhe fiu is ivlicous to what his so called friends feel about him

he was shaking as if hes running out of breath and with in second.he no longer move..breathing to be exact

ive never felt someone would literally die infront of me.it was like frw seconds ago im watching him eating hapily with his two friends.

i blankly lean closer tp the guys lips and began to sniff.

it was a scent of almond and potassuim cyanide

everything around me flash like a dcene in a movie

everyone staring the us in horror

what the fick am i.doing in the crime scene anyway.its not my jurisdiction to get involve buy my dear sister stuck her nose so i might as eell do the same

i conclusion.the.prince boy got poisoned

but ofcours with som magic i ask the stiff to hand us pver 2 donits for my person of.ibterszta

and that only how her guilt

''if david cant be mine then no.one can have him either!''the long hair yelled but the short hair girl thouch her friend face gently with a gentle look on her face

''the reason why david chose to be friend because he doesnt us want to ruin our friendship because of him.''those words from the short hair girl really hit the nail on my head

and ofcpurse they arrest the girl.thanks to me but you know what?i kind of feel sorry for her

for the first time.in.my.life i felt a slighy pain somewhere in my chest as if it qas being squed tighy.its eeally painful to watch her tears fall down.like.the pouring rain and much worse,everything she did was due to misunderstanding

i wish i can cry as well or the feelings of having regrets...sorrow as well as fear

suddenly, someone caught my eyes...

it was her,the mirror of my soul,my reflection,my other half

leaning her back against the wall..staring at the man lifelessly on the floor

with a creamer sachet on her hands

i wonder what it means..does she have something to do with this?

is this just a peak of an ice berg?what mystery lies ahead?

i have to get to the bottom of this 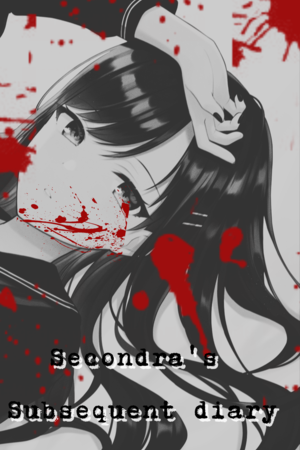