Reclining in his dimly lit seat in a dark chamber, a young man with a Black Tuxedo Suit, gently, put his cup of tea on the table next to him as he was listening to the beautiful sound of the harp and the flute.

Expressions of delight were clearly noticeable on his face.

As he held his breath, he stared transfixed upon the sight before him. A screen was slightly illuminating the room, transferring live footage from a classroom, located in one of the higher floors.

The man, Baal, was listening to the only piece written by Mozart for the harp.

“Unsurprisingly it’s a masterpiece!” He thought. He was, after all, strictly a Mozart aficionado.

Reflecting for a moment, he felt that “concerto for flute, harp and orchestra” was only created for that moment. A changing point in his life that will have a bigger impact on the world.

Although he believed that it would be inappropriate to be concerned with anything other than the screen before his eyes and the heavenly music echoing in his ears, he found himself obliged to look aside quickly after hearing a loud creak as someone pushed the door open.

A sweet scent filled his nostrils as the sight stunned him into silence.

“Is it time already?” He asked while retaining his composure before the cute female that appeared before him.

“Your highness, are you sure about this? There is still sometime… You can abandon the plan now if you want!” The woman’s face was telling Baal that she was worried.

He couldn’t ignore that. She is one of the few humans that decided to follow him and the woman that he loves…

He took off his fedora revealing his dark blue hair then sighed deeply. “And here I thought I can enjoy listening to Mozart until those brats wake up. How about you join me instead of worrying about trivial matters!”

“This isn’t a trivial matter, your highness” She replied immediately with a surprised tone.

Baal looked at the screen before him silently for a moment then smiled wryly after noticing that one of the students was about to wake up.

“You know? Listening to Mozart makes me feel that I am about to ascend to heaven!”

“Ascending to heaven would be a problem!”

Surprised, he gazed at her silently, so she continued explaining. “Just thinking about ascending to heaven in your case defies all the laws of this world!”

“Don’t “Eh” me!” The woman, Alice, was clearly annoyed. “You’re the demon lord! Why do you think about heaven?!”

She looked away as her face was slowly turning red.

“What’s wrong with you!” She shook her head.

“I am not going to heaven?”

“I don’t know but that would be very hard!”

The demon lord sighed then returned to his chair. “Is that so…”

“Why are you disappointed?”

“You don’t really need to tell me. You don’t have to force yourself!” She added.

That was the biggest lie told by Alice for that day.

In reality, if he didn’t tell her the reason behind his disappointment, she wouldn’t be able to sleep for the next couple of days.

‘Don’t force yourself’ and ‘You don’t need to talk’ were actually a part of a quick strategy she made to make him talk.

As he opened his mouth to reply, a large smile appeared on her face.

Baal looked aside and replied in a shy tone. “You’re too cute to go to hell. So, we won’t meet in the afterlife!”

“Oh that’s so cute!!” Alice didn’t realise that her thoughts went straight out her mouth at that moment until a few seconds later.

She coughed then asked. “More importantly, since when you were obsessed with Mozart?”

Baal’s face lightened up after hearing that as he answered with his usual excitement: “You remember my last visit to the king?”

“Eh? What does that have to do with Mozart?”

“King Zola told me that Mozart’s music makes him feel in heaven. So I decided to try it myself: Ascending to heaven!”

He threw a quick glance at the screen before him to notice that few students had woken up already.

“Finally! They will find my letter!” He shouted in excitement.

“If I remember correctly, you’re talking about the letter that you ordered to put on the teacher’s desk earlier this morning!”

“The one and only! The letter that will turn the world upside down!”

Looking at the large smile on Baal's face, Alice couldn’t resist asking him.

“May I know what was written there?”

“Kill the teacher!” He simply answered.

“And who’s that teacher?” She asked again.

“Who else would it be?” He laughed gently then looked at her. “The one and only, The 30th demon lord aka Baal!”

It took Alice a few seconds to realise the mess that the mighty demon lord was about to create.

“So let me get this straight!”

She crossed her arms, sceptical. “You, the demon lord, became a teacher in the Royal Magic Academy?”

He nodded silently with an innocent smile on his face.

“And you wrote a letter to your students on the first day, telling them to kill you!”

She took a deep breath for a moment then continued. “You do realise that the Royal Magic School was built centuries ago to forge its students into heroes who usually end up slaying the demon lord?”

“May I know the reason behind that?” She asked with a trembling voice.

She was confused. She didn’t know whether Baal was pretending to be an idiot, or he was really one.

She didn’t have to think of it deeply as Baal’s answer confirmed her doubts.

He, with that excited smile that looked childish, replied: “To ascend to heaven!” 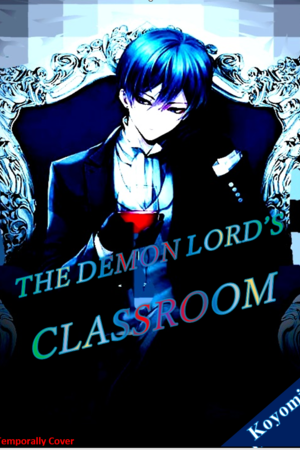