The game Magic and Monstrosity, also known as M, is an online game that has been running for many years.

And now, it's finally meeting its end as the game company is facing its imminent bankruptcy.

I, the weakest wizard in the community will be having the most fun with it! Hehehehe!

I am just a casual gamer of this MMORPG, but that doesn't stop me from wanting to dominate it. Yes, I suck at PVP and am barely average in PVE, and heck I have lots of excuses why...

Yes, I have sloppy hands, but I am not dumb!

I am telling you. Despite my skinny physique and nerdy glasses, I am quite a violent fighter. My frailty is quite a good facade in hiding the violence hidden within me.

I remember those days like a beautiful picture of my earlier gaming days— keyboard warrior, ultimate troll, annoying asshole, and so on...

If I can't beat you with my sloppy gaming skills~ Im'ma gonna shower you with my astonishing chatting magic which has landed me several bans many times.

It took me a while to learn the art of subtlety in annoying people, which allowed me to stay longer in the game.

It is to my big surprise, that I actually reached the game's end lifespan. Since it is a game that has made a special place in my part, its departure has to be grand!

Evil laughter is resonating within me.

Verbal abuse is getting old anyway. Today with the last six hours of my game character's life, I will cheat, mod, and enjoy every bit of wackiness I can get! Gahahahaha!

I am only a level 12 now, and the max level is a hundred. It is evident how little time I spend with the game, but that doesn't mean I don't like it. That is why I will do with every bit of my power to enjoy it one last time.

I activated my cheat engine and then started typing the cheat codes. Too bad, there is no infinite exp, health, or mana.

Infinite gold, silver, and copper should do. I thank my predecessor cheaters who have paved the path for me with these cheats— they said, it is fine as long as you do it in moderation. But I won't be doing any of that! Imma gonna go on a shopping spree! Buy that ×999, then that ×999, let's spam ×999.

Oooh! Legendary! Let's wear that! And that!

That was tiring. To think that the life of the rich can also be this hard. Let's go to the tavern and troll some melancholic bastards!

Fuck, you dare accept? Do you dare bully me?

What!? You want to challenge this level 12 noob in a PVP match! You are fucking level 50!

~And after some smack down~

Hah! That serves you right, that was easy! How did a freaking level 12 beat a level 50?

I spammed him with tri-bombs, the strongest damaging consumable in the market!

The question is— How did I last under the barrage of a level 50 powerhouse?

I freaking spammed my character with an elixir of life! So, is this the feeling of superiority? Yes, it is! To think that it's so addicting, let's go challenge more oblivious idiots.

The poor level 50 sod was obliterated to dust with my elixir of life and tri-bombs combo!

I want to do more!

Fuck, someone broke my combo. Maybe, this is what you call out skilling a player.

"Imma going to level you soon! Yeah, you heard me right, I'll do just that by out-leveling you. Just you wait!"

So, I went to the wilds and made my killing spree. This is why I hate MMORPGs, farming exp is such a grind. This is the dilemma of every casual player out there in MMORPGs. Sure, there are casual games that also require the same level of grind, but MMORPGS' version of grind lies more on the competitive side than being time-consuming.

Come on, I have no worries playing Pokemon, just idly crawling in the grasses to level up my team. But in MMORPGs? Time is freaking gold! And now that I only have about 6 hours left to enjoy the game, I am telling you— the pressure is real!

'Hey, you nerdy fuck! Why not just stop playing then?' I asked myself. Well, because my level 12 character that I have loved and taken care of during my every Sunday will become a waste then! Right!?

Hardcore players who have reached the upper levels will never know my pain!

But I will know theirs, very soon.

A wicked smile started to emerge from my face. To think that these high-level players are having a bad day just because another game is about to shut down is so sad I can't find myself not deriving joy from it.

There are only two hours left, and I am at level 68 now, huh? This must be the fastest grind I ever did in my entire gaming hobby.

I admit, I cheated. If someone feels reporting me, then they should just shut their pie hole, and do it! But it looks like the moderators don't even care anymore...

I made sure to advertise my cheating in the chatbox, and heck, a lot of people were inspired by my bullcraft! Though bullcraft is not even a word, no one can stop me now, ahahahahaHAHAHAHAHHA!

I will tear this world apart!

I also got a hold of rare potions that increases base stat! Hahaha! This will help me minimize the gulf with hardcore players!

Oh, goodness gracious! What am I doing?! I am supposed to be having fun! Not being suddenly competitive, I might get stressed after this...

Where is that mod?

Here you are! The technique Wagic! The magic with the weirdest animation, skill effects, and all! Wahahaha!

Let's see! Oooh! A level 100 using the forced PVP cheat. Now, this guy is nasty! Come have a taste of my magic!

Huh? What is my foe doing? He isn't moving at all!? Wahahaha! He must be surprised by the freaky animation and sound effects of the skill!

Have a taste of my tri-bombs! Hahaha!

There is more where that came from! 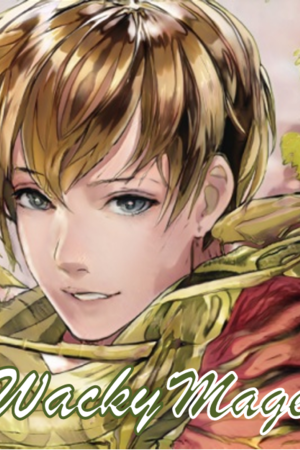