Nation Under SPAT [ PART ONE ]

The Million Lyrics: And Other Side Novels

The night life, the solitude. Dreams changing, lifetime abyss. If not for the self, there would be nothing to miss. The artificial life we all live in amongst the sea of angels, a tale of the prosthetic unrequited.Bookmark here

People say there is one kind of nerd, of course people say all sorts of things without meaning to sometimes. A stop sign just flew over my house. When they say there is one kind of nerd, of course they mean the classic one: clean cut, tap in the middle of their glasses, white socks and black dress shoes. In reality, things were different. There were two different kinds of nerd: Nerd Prep and Nerd Punk. Nerd Prep was your typical nerd, with extra popular cheer leaders gear. The fat lady will never sing, and they shall never conclude their nasally obsession with cheer leaders and Algebraic equations. Typically Caucasian, sometimes Asian. The ones you want to give euthanasia.Bookmark here

It sucked that they were sometimes hot.Bookmark here

Then there was Nerd Punks, that had a subset we called Nerd Metal Heads. One wore Mohawks, the others descended from Mohawks. The difference was how their hairstyle was made. Without going into to much detail, clearly I wasn't one of the Mohawks in either camp. There was me, that hung with the Cyberpunk nerds--both literally and figuratively, as I had once tried hanging myself with a belt. At the time I was not particularly a programmer, or willing to wear non matching socks, or be like the nerd girls in Birkenstocks, confident to wear those without socks. I mostly absorbed myself on the net, largely looking at porn. You've probably heard then YA story before, so I'll save you the beef. But sometimes you gotta eat cabbage, if you're that particular kind of non foodie, and of course I was not. With no Mohawk, or clogs without socks, I was the one that had a particularly non fashionable sense of high fashion: fuck me boots.Bookmark here

Even as an "Adult."Bookmark here

I longed for some other escape, not exploring the world of knightly landscapes. I longed for some other kind of life. The life under the candle light, made digital with the upcoming century glare. Mom says I have a way of saying things the long way, I suppose that's how it is for me under starry nights beyond the window glass, while I try to sleep yet cannot do to insomnia. I had, as the young cat I was, plenty of opportunity for sex. Instead I rejected life, being rejected like I was inter sex. Yet if I were this way, and hormones might suggest such, the only thing unusual was my thing for the Dutch. Or Greek girls kneeling on headsman's block, losing their heads by the chop, their giant bead tossed across the river Thames across Time Mountain.Bookmark here

My first female friend unwittingly blew me. I was seventeen, her twenty. I was done with life, my life like an non shiny penny. And all those implied cliches, in a world long sense past the classes with newspaper and glue, a world crudely pasted together like a collage of clowns exiting a taxi.Bookmark here

I was the clown.Bookmark here

And she was a different kind of encore.Bookmark here 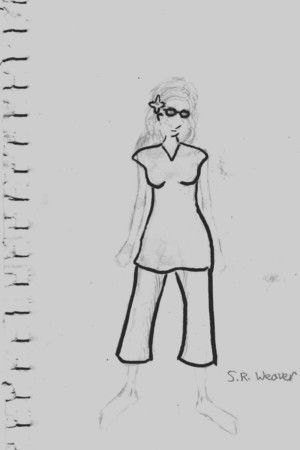 The Million Lyrics: And Other Side Novels