…Welcome back to Norman Talks, ladies and gentlemen. It's been a pretty crappy summer here in Neon City. Crime is through the roof, record heat here, my goodness, I thought the 80s would be the best decade ever! We’re only two years in and I’m already wishing for the 70s to beat my head in with a disco shoe. But to be serious for a second, August ain’t over yet. Make sure you stay cool, folks….

Cody complained as he usually did. The heat made him irritable despite living in the south all his life. The bar he made his second home had no AC, so all the patrons there dripped with sweat in the tiny wooden oven. It didn’t help that all the men huddled close to the southerner, especially darker-skinned folk, which made Cody angrily tap the stained countertop quickly to get some stress out.

Bob shrugged. “And what would you wanna change it to, asshole?”

“Sports,” Cody responded, wiping the sweat from his brow. “Turn it into the basketball summer tournament.”

“I thought you hated basketball.”

Cody put his fingers through his slick blonde hair, annoyed at the factual statement. He never was a fan of basketball. Ever since Chris Russell got into the league it ruined the game, Though he would never say that out loud. The world wasn’t ready for the truth about America and where it was going. He was interested in this game for a reason, however. “Who fuckin’ cares? Change the channel, Bob.”

Bob did so, pressing the button on his room to flip the channels to a state-held basketball tournament championship game.

Cody banged his fist on the counter. “Damn it! Come on Vipers.”

Daryl of the Vipers brings the ball up, dribbling a bit to drain the clock out. He looked around for an open man. Jimmy was running to lose his man, dashing past but he couldn’t lose his defender. With the shot clock running low, Jimmy had a few moments of freedom. Daryl rocketed the pass to Jim, and barely had enough time to get a shot off. It went in, all net. The Vipers celebrated, yelling out, as they had only sixteen seconds to defend the woodsmen before they won. Even if they scored, it will be overtime where the fresher Vipers would be able to capitalize and win.

Cody’s eyes widened. Has the bad luck finally run out? With this bet, he could pay back everybody, and still have leftovers to party. Hell, he could think about getting his own AC unit. He panted out of excitement, a smile growing across his face, he finally got his break. He did it.

Aleksy, the star of the Woodsmen, got the ball and ran it down the court. He stopped as Daryl stopped him. It was a known fact that Aleksy carried this team to the championship, as of this game he scored 53 points. He was sucking in as much air as he could, thinking on his feet as the clock hit five seconds. He crossed Daryl over. He was open beyond the arc. Two seconds left. He had no time to drive. He took a chance and went for the win. He shot it in one second. The buzzer sounds as the ball went mid-air, and the crowd went quiet. It felt like the earth had no oxygen left, complete silence in that split second. The ball went in, the Woodsmen won the championship.

Cody stared at the screen, mouth agape. The sounds of chattering faded away as the ringing of his ears felt louder. His stomach felt like lead, as he just dug his grave deeper. He didn’t know who to hate more, the polish fuck, or the black for not defending him properly, His mind raced with hateful things to yell. He took his last shot to snap out of the trance and stumbled out of the bar.

Cody was staring at the small television, frowning as he felt the sweat cover his body, staining his tank top in the process. He put his hands through his hair, mumbling to himself. “Damn fuckin’... Motherfucker.” He got up groaning, stumbling over the garbage to turn on his radio.

Yo, Welcome back to NHOP, Neon’s number-one station for hip-hop. Up next we got The Sugarhill Gang…

“The fuck?” Cody turned the dial.

He smiled as he felt the real music flood the living room. He kicked the trash and empty beer bottles away on the way back to the couch. On the corner of his cluttered old table, he saw a silver container. It was damaged and scratched to hell, but every time he took a peek, it was spotless. It shined like a pearl in the sand. At times it felt like it was calling out to him.

‘You spent your last dime on me. Use me, baby.’

“Leave me the fuck alone…”

Cody snatched the case and slammed it down. He opened the case, revealing the ruby red crystal, along with a pipe and lighter. He shoved the crystal in the pipe and sparked up, getting that high, that sweet peek that humanity chases. He slinked back into the couch, feeling that high invading his systems.

The room began to sway slowly. The country music started to slow down to a crawl. He made an effort to see his hand, but it was a delayed response, seeing his hand almost two seconds later. He could feel each independent heartbeat, counting the rhythm, the dangerously slow frequency pumping blood into the rest of his body.

He was sitting there staring at static for a while. It felt like five minutes, but Cody was on that couch for two hours. A knock at the door broke his concentration. He snapped to the door, shaking off the high to get up and walk over, opening it. An old, short Chinese woman looked back at him. Behind her were two muscled men, staring at him while they tuck their hands in their suit pockets.

“Hello, Mr. Graves.” The woman says with a warm smile on her face. Her voice was quiet, made to be sweet and welcoming.

He looked down, holding his tongue as he thought of all the things he wanted to tell the woman. It was nothing nice. “I…I’m strugglin’ Qiang.”

“I gave you four months. You kept gambling away the cash, buying crystal.”

He gripped the frame, pissed that he would let himself get tracked. “You gonna kill me?”

Qiang laughed softly. “No, not at all. I have a job for you. Do this and I’ll set you free.”

Cody shook his head softly. “What is it? Why me?

“Well, it’s clear,” Qiang laughed to herself. “I don’t have to convince a man who has no choice.”

“You will be called when it’s time. Don’t disappoint me.”

The group walked away, leaving Cody to close the door and punch the wall, yelling. “Fuckin’ Chinese. The LAST time I fuckin’ trust a…” 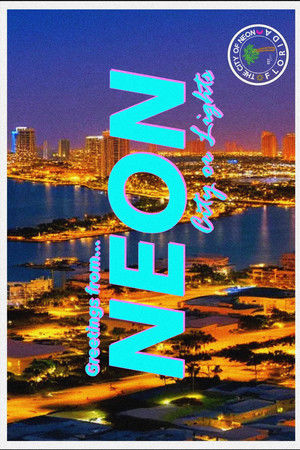