“You're will will be mine…” a girl with a very sad and shaking voice.

The scene changed to a house with pink walls and white ceiling, three rooms in which one room is big and the other two rooms are connected to those rooms.

A girl standing in front of a mirror, looking into that deep reflection of eyes…She throws a big makeup kit on the mirror, and the whole mirror breaks into multiple pieces with a few pieces passing beside her face at a slow-motioned speed with her glimpse of side face reflection in those mirror parts.

“Ahhh… Why is everything repeating? I don’t understand what’s happening to me.” With a very frustrated look and her mobile phone in her hand with a “no signal” symbol on the right corner of her phone and in the middle of her phone where the phone is displaying 17th August 2023.

“Let me recall everything that happened till. I’m not dreaming but…there is something wrong with me or my phone…This feels so real yet it doesn’t feel real.” She thought to herself while pressing the bed sheet on the bed and then she pulls the bed sheet with a frustrated look and confused look on her face.

She starts recalling her memories about three days ago When she woke up from her bed around 9’o clock in the morning… “Woah…Its 9’o clock, I will be late for school and I need to make breakfast, bathe and also do my homework. Shit! I don’t know why the hell she gives this much homework…I can't even watch anime because of this homework!!” While she keeps milk on the gas stove, while she is standing in front of the stove with one leg of her leaning on her left leg making it look like a “P” with a white towel around her neck and with a toothbrush in the gap between her ear and head and toothpaste in her shirt’s left pocket…She suddenly runs towards the washroom. “Ohh…I need to pee, Didn’t do that since I woke up.”While running she drops her toothbrush. A sound of flushing and she with her towel around her waist comes, then she turns towards the milk the milk boils, then falls on the ground. She then shouts, then slips and the toothbrush on the ground flips over and goes into her nose while she falls on the ground...She wakes up and while getting up her toothpaste falls from her pocket she stands on the toothpaste the cap of the toothpaste goes and sticks the wall with rocket speed and the paste comes off the paste from the paste.

“Gawd! Why is this happening to me.” She gets whispers quietly and gets up… “It's all because of you people you both left me!” Looks at her parents' photo and says, “I know dad left to get milk but what happened to you mom. Dad left to get milk….Hahaha, Shit I shouldn’t joke about them…” but still continues to laugh… “It was 2 years ago when they both left me in 2021…since then they both are missing…But the government gave me 1 crore rupees and it's more than enough for me…But without parents it’s tough, I don’t know what happened to them…The last time I heard from them they told me they were leaving for a village when they received a letter from some company…I don’t remember the name of the company but it was one of the richest companies…They told me that.”

She goes to a bath then changes her clothes and wears a red T-shirt with a blue mini skirt with ankle length socks and black shoes. She leaves her house, looks into a neighbor’s eyes and gives a smile, and goes to her school…The teacher in the school calls her name out, “Amulya Arora!”...She replies “Yes Ma’am”, Even though it was sir…Then she corrects herself, “Sorry… It's yes sir…sir”…Then the half day of school is done, It was lunch break and she gets potato fry, rice, and then curd…She doesn’t get that chicken over there cause the waiter saves it for those teachers, she goes to get the bench after taking lunch…She eats it…Then a few classes happen, She leaves for home…She saw the same guy again and she smiles again…She goes home then she watches the tv show called What if… She then eats chicken fry then goes to her bed with her phone, she starts to continue the episode of What if… Then she falls asleep. The time is 11:25 pm, 17th August 2023.

Then She wakes up in the morning from the same position, around 9’o clock…She shoots, “Woah…Its 9’o clock, I will be late for school and I need to make breakfast, bathe and also do my homework. Shit! I don’t know why the hell she gives this much homework…I can’t even watch anime because of this homework!!” She then goes near the stove standing in front of it with look with a leg on her other leg, She runs again for a pee, then again falls with the milk overflows, She scolds her parents, she goes to bath, wears the same dress, smiles to the same man and then makes the same mistake near the attendance, again the same classes happen then in the lunch break she gets the same potato fry, rice, and the curd…But this time she asks the waiter, “ Sir…Can I get some chicken…”…The waiter looks at her with a confused look…He keeps staring at him, and people behind her start to stare at her, The whole room stares at her, and the waiter tells her, “ What did you ask?” She asks him again, “ Can I get some chicken…” People keep staring at her and looking at her like a foreign creature with her those looks she couldn’t handle the pressure so she just tries to joke about it being water, “ I mean water.” She just runs from there…She goes back home, smiles at the same person but then goes to her room and watches the same what if…In the episode then she just eats chicken…She notices the chicken tastes the same as she ate it yesterday, She goes back to her bed and then again starts to continue watching the same episode she watched but this time she notices something the date didn’t change… “Hey! What's happening here…it’s the same date as yesterday wait…Let me write it down on this bed! Now, this is a bit frightening.” She goes writes 17 on her bed with a marker and sleeps.

She wakes up at 9’o clock then the first thing she does is looks at her phone and the date she wrote down on her bed, She wipes her eyes and saw that the date matches each other…She goes to the washroom first then she goes to shove she saw the same thing happen again…She was about to wear the same shirt but then she changes, she tries to go out of the room but people starts to look at her…People from all directions start to look at her, people who were inside their homes come out and they continuously stare at her, and the guy who smiles at her looks at her with anger. She quickly runs into her house, Sits in front of the mirror, and breaks the mirror with her makeup kit…On the Phone, it’s still 17th August 2023. She shouts, “WHY IS EVERYTHING REPEATING ITSELF!” 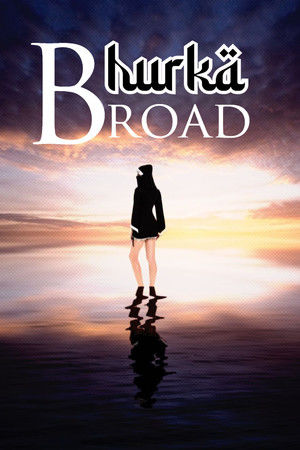