Ronin: The Duality of Man

“Ronin Genji and Ronin Masashi. The two individuals present here today will, at this moment, be executed by beheading, and their heads shall be put on display to set an example!”“Feeling any regret yet?

“Do you feel like groveling down on your feet and begging for forgiveness? Well, do you!?”

“If I have to grovel on my feet begging for what’s mine to the likes of you, then I rather die with my head held high because there’s no man in this world above me!” Genji said, lifting his head to defy the authority, but with a slight chuckle would be heard by Masashi.

“Well said, my response is the same as his,” Masashi said, smiling slightly, as he, too lifts, his head.

“Honorable to the end. Very well, I shall send both of you to the afterlife, where you may repent for your actions.”

The sound of two blades was heard as the two men, aside from Genji and Masashi readied to kill the two ronin.

Genji, would look to his right, seeming like he would not die here at least. While Masashi prepared to also take action and began looking to his left. 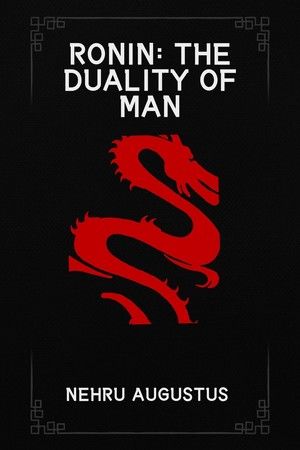 Ronin: The Duality of Man