Legend of The First King.

Ohohoho I see you came to me in search of answers about our world. Don't worry you learn everything there is to know about this hell. But first, let me ask you a question… Do you believe in monsters? Do you think they are real? Are you scared of them? Because if you don't, then the story I'm about to tell is meaningless. And let me tell you they are real and I'm sure you've seen them, you've seen them on the street, you've seen them in the market, behind every corner and even in your home… We are those monsters, the humans, the so-called "Noble Creatures"! No other beast is nearly as cunning, ruthless and manipulative as the human kind.

"But why are we like this?", "Is God really on our side, surely he wouldn't allow us to eat ourselves like this?" - Who is God anyway, I say? God is just a figure that takes care of us after we die, he judges us based on whether we were good or not, God doesn't even care about us! But are there truly good people in this world? That I do not know, it's hard to believe that there's a person out there who has no negative emotions, no hunger for power, who gives more than takes, a person the Devil hasn't heard of. It would take you a whole eternity to find him because that person probably doesn't exist.

Have you ever heard of the time our world almost fell to ashes, by the hands of just one man and an entire army of dragons? That man's name was Dante Kuzuiki, The First Mage. He believed that the only way to fix our world was to burn it to the ground, that there is no way to save what was "already lost". He discovered a power which would continue to be used centuries after his death. He united the two dragon species and waged war on humanity, destroying every town or village, killing every man, woman or a child. People were screaming "PLEASE KILL ME ALREADY, YOU FUCKING BASTARD!", but he just watched their skin and eyes melting in the flames of hatred. Humanity was forced to fight back, but how could they fight such an evil and powerful foe? Oriel Gates, Prince of The Gates Kingdom, watched as his people drowned in their own blood, he couldn't stand the sight of it, so he poked his eyes out and asked the Gods for help, but no response, then he asked the Devil and he responded, he gave Oriel power beyond his wildest dreams, there was only one condition, he would lose his natural soul and replace it with a special devil called Reaper, the source of his power and they will share one body until he dies. Oriel accepted the Devil's deal and his eyes healed immediately.

Oriel and Dante fought for two days, they were completely on the same level, the battle could have lasted for a month, but In the end Oriel sealed Dante's soul in the Apocrypha and he was never seen again. Though after his triumph, the world was still in discord. The two dragon species were naturally at war with each other, a war which lasted for ten thousand years. This war was another threat to humanity, Oriel Gates dedicated his entire life in order to stop it, but he failed. He used his power to separate the dragons from Eupatia, creating a new island in the process, which was later called "The Forgotten Lands", this island served as a prison and a battlefield for the dragons, to solve their problems on their own, without risking the lives of his people.

However, just like everything his journey finally came to an end, he laid on his deathbed surrounded by family and his fellow kings, then he shared his power equally with them, so that they could keep his legacy safe.

Generation of kings and Queens came and left and the world was finally at peace, but it didn't last for very long. Now The Gates Kingdom declared war against the Edessa Kingdom for stealing the king's child.

And that is where the true story begins… 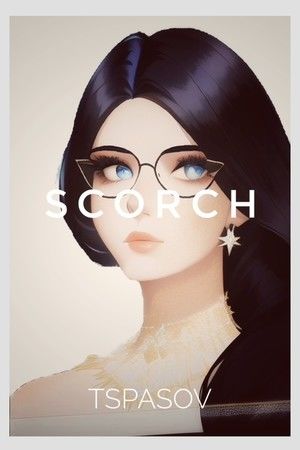