That was the sound that ended it all…Bookmark here

A shot was fired and a body was falling, with a gaping hole in its chest. But it never hit the ground as the people who loved it held it.Bookmark here

What should have been a day of joy, a day of victory against corruption, became a day of sorrow.Bookmark here

For on this day, a young man who just celebrated his 26th year of living on this earth a few days’ prior, is now struggling in the icy grip of death.Bookmark here

Leonard Erand Vandersteen is dying. A paragon of justice in the political world has fallen due to the wicked machinations of his depraved counterparts.Bookmark here

‘So this is how it ends.’, thinks the victim of this tragedy as his life fades away.Bookmark here

‘Heh… You think it’ll end with me, huh? But I can’t blame you… As always you’re a bunch of shortsighted fools…’, he smiles at the thought of what would happen next. For he prepared a contingency plan in case of such a scenario. In a scenario where he is killed, all national media outlets will be hijacked and will broadcast all the dirty secrets of his rivals. Not the usual dirty secrets that the politicians will hire foreign parties to spread to draw eyes away from their recent activities, but the REAL dirty acts. All their secret prostitution rings, all their unknown crime syndicates, all their hidden deals with foreign parties, and the worst of all, all their ‘fun’ activities which involve children who’ve gone missing in recent years.Bookmark here

“he…hehe…”. He couldn’t help but laugh at the irony. What should’ve been an act that would allow them to retain their control over the government, would lead to its collapse, and a new one to rise like a phoenix from its ashes.Bookmark here

“Out of the way! Lev!”, screams a man approaching our fallen hero, who though can’t see his face as his already blurry vision darkens, would never misinterpret this voice, whose owner followed him through thick and thin throughout all his life, from the tender years of their childhood in the orphanage to the cold present. Brutus.Bookmark here

“It’s not your time man! Maria, call an ambulance!”, Brutus yells, as he applies pressure on the wound, but to no avail. It is too late; death cannot be swayed. It demands its prize, its quarry.Bookmark here

But Leonard isn’t sad, for now, he knows he will truly die held by those who care about him, those who love him.Bookmark here

Still, it would not stop a tear from running down his left cheek, for this would be goodbye, and alas, he could not fulfil his promise - that they will see their world change together.Bookmark here

He remembered when he made that promise. He was but a 12-year-old lad, but he had to steal to provide food for his loved ones. For at that time, his once-happy life was ruined at the hands of the corrupt. For a recession occurred and greedy hands made it worse. Instead of trying to find a solution for the problem, they gave empty promises and stole from the people, while the people could do nothing, for most were indoctrinated into serving their foul masters. The tyrants used ideology, identity, and religion to further their stranglehold on the masses. They implemented their system into schools to pollute the minds of the youth while giving petty sums to their parents to buy their loyalty. People were taught that these vile despots were their representatives, their protectors, and their saviours. That without them, they would suffer at the hands of the other factions and their ideologies. They spun a web so fine that it seemed like nothing would ever cut through it.Bookmark here

Everyone but a few believed that, even he could’ve ended believing that, but as he has seen the world he loved shatter, the bakeries closing, the parks becoming unkempt, the shops boarding up their windows, and the orphanage suffering from disrepairs and hardly able to provide to the current children, much less accept new ones. He realized that this is wrong.Bookmark here

At the time he thought, ‘Why should these monsters be the only choice? Why should we accept the ones who’re hurting us? Because of them, they refused to allow little Tommy into the hospital since we couldn't pay the increased bills. Why do we have to help them, work for them, pay them, and then say thank you? Shouldn’t they be helping everyone instead? Why should we worship them?’.Bookmark here

In later years, he worked hard, studied hard, and learned how to lie hard. For he saw those who tried to fight those autocrats in a clean fight were always attacked and shamed by their followers and forced to disappear. So to defeat the monsters, he had to become a monster, but instead of feeding on the weak and downtrodden, he’ll protect them as he devours their demons.Bookmark here

Brutus and Maria were the first to follow him, being raised as siblings, it was evident, and as time went by, others joined his cause. 2 people became 4, 4 became 16, 16 became 256, and the numbers kept increasing as he proved himself capable of guiding them from darkness to light.Bookmark here

The politicians tried to invite him into their ranks like many before him, but he refused and fought back. He kept foiling their plans and dismantling their traps, and once they realized how much of a threat he was, it was too late. Their web was broken and the people were awoken.Bookmark here

As we now see, they set loose an assassin to slay their indomitable foe. This one wasn’t the first, but it was their best and this was the last chance to end their nightmare in his weakest moment as he parades his victory. And they succeeded but unknowingly expedited their doom at the same time.Bookmark here

And now our hero smiles for the last time and mutters ‘Thank you’ as he, much to their grief, closes his eyes. His body heavy, numb, and cold, but will be immortalized inside a shrine for the true saviour of the people, Leonard Erand Vandersteen, with the epitaph “Lev, the saviour of the weak.”.Bookmark here 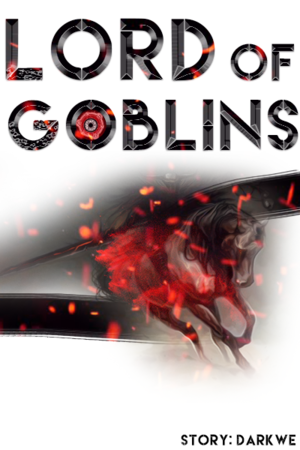