The moon was glistening in the sky like a radiant crown - blessing humanity with its milky white brilliance. Envious clouds tried to prevent its beauty and scattered glitter from reaching the eyes of mortals.


One such mortal, a tall man whose eyes beheld sorrow and pain walked in the tranquil forest. He did all he could. He helped those who deserve it. Yet so far away from forgiveness.


The beloved wife and unborn child lingered over his shoulders, whispering about his crimes, telling him that his good deeds are never enough to pay the price.


He prayed to take those voices away - but why would Salahr listen to the words of a murderer? Words of a beast that consumed his flesh and blood.


The unbearable torment forced him to march forward. It led him to Nerotail - a forest flanking the borders of Winrest and Tendelast.


The song of the wind and the dance of trees were like a poem of death. It used to be sweet - like the night when his ocean blue eyes beheld the graceful beauty in the shades of night and a smile warm as a splendid sun.


She was his safe haven from despair, and he let the devil inside him besiege her.


As he walked, familiarity tugged him. He knew it for a long time, particularly from his first meeting with the river of blood in the battle of Aigor. He followed the familiar scent like a hound chasing a trail and found himself in the presence of a young woman.


She was wearing a long white dress with bell sleeves. She leaned against a tree carrying a baby in her delicate hands. He noticed wounds that marred her white dress and a single tear flowing from her emerald eye.


She spoke with a soft voice. He walked to her and knelt. She touched his face with her delicate hands and looked at him with pity.


"I have some left. I could take away your pain, but I need you to promise me that you'll take care of my son," her words and her face reminded him of his wife so much, tears flowed.


"I will," he whispered as a white light blinded him. When he opened his eyes the woman was no more, and the memories of his past were hazy. She, like a gentle rain, had washed them away.


"His name is Drishan, Take care of him and fulfil your promise," Her soft words rang in his ears as she vanished, floating away like a dove seeking freedom in vast blues.


Altrula is the capital of Winrest, where a cesspool of chaotic elements protests against law and order. The eyes of justice averted their gaze to fill their bellies with ale and warm their bodies with a woman's touch. The Gallati district is the shadiest part of the capital. The snakes that lived there gathered at the Dancing Rat inn to indulge in alcohol and gambling. Among them were three men with wicked faces, resembling their wicked hearts.


"He will be gone for hours, leaving his daughter all alone. We will leave this city with enough gold to make us kings, "Penta explained.


"When will he leave?" asked Kaelo, leaning forward with eagerness.


"Two nigh-" Wilord, the third man in the group was interrupted by a voice.


"Pardon me for this intrusion,"


The crooks gazed at the source of the voice. It was a tall, handsome man, garbed in black, carrying three swords.


"Which one of you is Penta?" Penta stared at the tall man and realised who it was, but before he could react, a dagger pierced his thigh, making him fall and cry in pain. Wilfor unsheathed his sword to strike, but the tall man kicked him in the stomach making him stumble. Wilfor tried to get on his feet, but the tall man stomped on his face repeatedly with steel greaves splattering blood all over the floor. The tall man lifted his foot to check the stains.


"I made them dirty," He whispered to himself. Kaelo rushed forward, and the tall man punched him in the throat. He quickly unsheathed his long sword and struck Kaelo with enough force to chop his head off. The tall man then took a rag from the bar table and cleaned his boots and sword. The customers looked at him with terror. A few seconds of brutality was enough for these wicked people to cower.


"That's the infamous bounty hunter Orian Caster," shouted a bald customer. Orian looked at him and smiled. The bald man uttered a yelp and hid behind a woman. Orian threw a pouch full of gold coins and the obese innkeeper caught it.


"Is that enough to pay for your damages?" The innkeeper greedily grasped the gold coins and replied,


Orian knelt before Penta and asked, "Do you feel remorse for what you have done to that girl?" Penta laughed.


"Did that wh*re sell her body to pay for my murder?" Orian punched him in the face, but Penta kept on laughing.


"I enjoyed it, and I will do it ag-," Orian pulled the dagger from the thigh and plunged it into Penta's crotch,


"There were men who begged me for mercy. The final moments of a man are the most important, and as someone who has a morbid curiosity about dying words, I find you fascinating," Orian pulled the dagger from the crotch and cleaned it with a rag.


"You don't beg for mercy like the rest of them, I find it impressive. Allow me to present you with a suitable reward. " Orian took out the gold coins from his pouch.


"I reward you with gold," whispered Orian, forcing Penta to swallow the golden coins.


After a few moments, Penta died as the coins blocked his airway.


"You can't do that, huh? That's a shame," Orian stood up and with a smile, declared, "Enjoy your evening, gentlemen," He paused, winked at a dark-haired woman, and added, "and ladies," before kicking the door open and disappearing into the shadows like a passing storm. 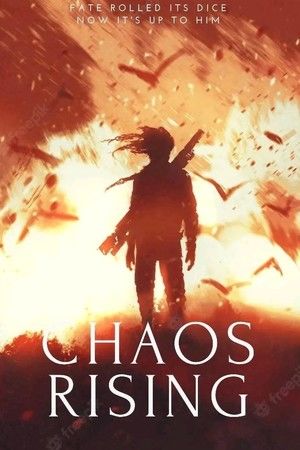