Legend Of Yuki: The Wrath Of The Tailed Asura

A young girl sat under a tree at the side of an open field. In front of her were thousands of other youths. She was here to join the Heavenly Cloud Sect. One of the two major sects of the West Wind Kingdom. The next was the Roaring Thunder Sect which was situated to the south. There were also four small sects as well. But the young girl did not know how to join such sects. She had only heard about the entrance test by chance while making her way through Lake Side City.

The young girl attracted quite a bit of attention, her robes were tattered, and her sword was chipped away and looked as if it would break any time. Her long black hair draped over her face as she sat there with her head lowered.

This young girl was none other than Yuki. She had traveled for three months, and during those three months, she honed her skills on demonic beasts, saving up as many cores as possible. She used the body parts as a means to get food and money by selling them on the market in the towns she passed through. She had reached the third fate and evil star, making her an equivalent to the sixth fate star in strength. Her ability to raise her strength at such a speed was quite good, especially since she was using two different cultivation systems.

She had stayed away from humans as much as possible and only spoke when needed. Her eyes were still as cold as ice. So far, she had not needed to kill anyone. She was ready for it at any time. She also did not seem to fear the thought of killing people. After everything that she had been through, she did not care anymore. Her life was more important as the people who had been taken from her village were waiting to be rescued. She needed to grow as strong as possible in order to save them and also find the old man who tortured her.

“Tch! Even rats are showing up to try to join the Heavenly Cloud Sect.” A young man spat in Yuki’s direction, but she did not pay him any mind. She would prefer for everyone to see her as a street rat than anything else. She did not want unwanted trouble.

“Sakaki Kenji! Why are you causing trouble? Our Sakaki family is nothing here. If you cause trouble, you will end up dead! ” A young girl in blue robes asked. She looked over at the young girl sitting quietly under the tree with a bit of pity in her eyes. The dirty and tattered robes of the girl showed that she was not well off. She felt the poor girl must have gone through hell just to get here with only her rusted sword.

“Ai, you are just too nice. How can a rat even enter the sect? She has no backing at all. Not to mention that even standing this far away, I can smell the stench from her body.” Kenji snorted. He disliked people who did not know their place.

“Just because she is poor is no reason to look down on her. Unlike us, who have our family to back us and give us resources, she had to work hard for everything she has. What right do you have to look down on her!?” Ai, at this point, was mad. She hated when people looked down on others for no reason.

“Tch. Always the goody two shoes. This attitude will end up getting you killed!” Kenji snorted once more before walking away. Ai sighed as she watched him walk off. She hoped her brother could stay out of trouble. She did not wish for him to do something that would anger the other clans.

Sighing once more, Ai reached into her space pouch and took out a drink and some bread, and walked over to Yuki. She reached out to hand the two items over. “As an apology for my broth….”

“I don’t need it.” Yuki raised her head, her cold eyes staring into Ai's eyes. Seeing such eyes that were filled with no emotion sent a shiver down Ai’s spine. She took a step back unconsciously as she watched Yuki stand up and rest her chipped sword on her shoulder. She only heard two words from Yuki’s mouth as the girl walked by. “It’s time.”

Ai was confused by what she meant by those words until she heard gasps coming from behind her. She turned to see that the field they were in was no longer just a field. A large gate stood in front of them with walls standing high into the sky. She knew that the two major sects were not ordinary, but this was out of her expectations! She quickly put the two items back into her space pouch before hurrying to follow after Yuki.

Up in the air, two people were flying down from the clouds. A young man and a young woman were both wearing blue robes with white sashes. Both had a sword and a jade token tied to their waist. Their long hair fluttered in the wind as they slowly landed on the ground. The swords flew out from under their feet and into their hands. “What a crowd. Senior Brother, we will be here for a while.”

“We get decent contribution points, so it’s worth it. Make sure you do your job right, junior Sister Rin. I do not want to get a deduction. The elders are all watching.” The young man who was called senior brother by the young woman, Katagiri Rin, was named Takeichi, his surname Ida.

“Yes, yes, I know~! Hmmm? Wow! A street rat.” Rin quickly noticed Yuki since she stood out from the rest, who were kids of cultivation families. “Hehe, I can’t wait to see how she does.”

“Rin, do the announcement.” Takeichi really did not care about that kind of stuff. He just wanted to do the job correctly. After all, everyone was allowed to try out for the sect, no matter where they came from. As long as they could pass the test, they would become members of the sect.

“Right~! Ahem!” Rin grinned and clapped her hands together to quiet everyone down. “Okay, first of all, I should say that if you do not have thirty meridians open, you can leave now.” 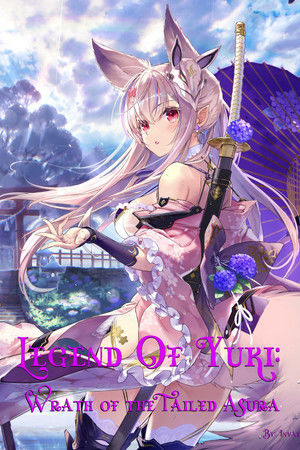 Legend Of Yuki: The Wrath Of The Tailed Asura