Her name is Amilie

Silver hair and blue eyes marked her as an outcast among the people. No one trusted those born with the genes of a thief — at least this is what the City of Lykria held to be true. Born into a family line of thieves, Amilie saw a rough life at the age of ten when her mother left the world in a literal blaze of glory.Bookmark here

Without a mother — and a father who had left her long ago — she was forced to fight the endless days just to survive. Stealing from those more fortunate than her wasn’t her exact idea of making coin but she found the work of a thief better than that of an assassin. Taking a life was not in her blood, no matter the reason.Bookmark here

Amilie pulled her hood over her head to hide her hair as she headed down the main street — which became busy around the mid-hour. People went about their lives unaware that their pockets were going to be picked by a mere ten-year-old. Even if she didn’t have formal training yet, it was in her blood. She knew when and how to take coins or objects off people without them ever feeling a thing.Bookmark here

*Okay, I need to find someone with deep pockets*, she thought as she scanned the crowd. Middle class workers roamed the streets along with a few of the city watch that kept the peace around the city. After sizing up her target, Amilie headed through the crowd without missing a step.Bookmark here

A simple bump into the unsuspecting man allowed Amilie to quickly swipe a bass coated pen from the inner pocket of man’s coat. As she placed her hands into her pockets to hide the pen the man stared at her with a cold and heartless gaze.Bookmark here

Like a poor, fragile little girl, Amilie played the role well as the man turned away. *He is welcome to think he is better than me, but I have a nice new pen*, Amilie thought as she smiled cheerfully. Without delay Amilie hurried into a nearby alleyway and continued on until she came to another street. Her focus now shifted to finding a fence.Bookmark here

Before her mother had died, Amilie recalled one piece of important information she had told her. There was a guild known as the *Phantom Wolves* that stole for a living. It operated on a simple system of stealing from the nobles and middle class — never the poor or paupers. The problem was finding it.Bookmark here

Her mother had never told her *where* the guild was exactly. For her family, finding the guild was a rite of passage. Amilie had only a vague idea where a guild of thieves would call their home, the red&#8209;light district. Thieves, assassins, and others of shady misgivings could always be found in the most sketchy of places. There was only one problem that Amilie faced: blending into a district filled with whores and prostitutes. As a child she would stand out, that much was obvious to anyone.Bookmark here

As she continued to walk down the street lost in her thoughts about what she should do, Amilie felt something bump her shoulder. Looking aback to see the person that had bumped into her, Amilie was taken aback by what she saw. A beautiful girl stood before her — appearing to be sixteen years of age. She was dressed in a black hooded cloak that hid her most of her body. Her blond hair and green eyes made her unique among other residences of the area.Bookmark here

Generally, those with blond hair held a position of royalty so it was odd to see someone wearing clothes fit for an assassin or thief. Not to count the fact she was in far from the noble district. However, Amilie found herself more starstruck by the smile the girl returned. It was a genuine soft smile, one that seemed to say: *pardon me, I didn’t see you there*.Bookmark here

“Oh dear, I didn’t see you there half-pint.”Bookmark here

“What the hell did you call me, you… you… you flat&#8209;chested anvil!”Bookmark here

The girl’s face turned into one of anger and annoyance.Bookmark here

As the girl smirked Amilie placed her hand into her pocket only to find that the pen she had stole was now stolen by a beautifully flat&#8209;chested anvil. There were many things Amilie could put up with but a moral blow to her thief pride was not something she could forgive.Bookmark here

“Hey give that back, Anvil!”Bookmark here

“Come and get it then, Imp.”Bookmark here

Turning on the ball of her foot the young girl rushed down the street as Amilie gave chase. Cutting through the narrow back alleyways, past clusters of bystanders going about their day, Amilie found it a challenge just to keep up with the mysterious girl. Even still, she was starting to close the distance with each step. Before long, Amilie found herself within arms length of the girl. Continuing to run full speed, Amilie believed she was about to catch the girl, but soon found herself confused for a split second.Bookmark here

The girl had spun around to face Amilie — forcing them to collide with one another in a painful way. It took Amilie a few seconds to realize what had happened. She had landed on top of the girl — her head landing where her breast would have been. *That hurt*, Amilie thought as she rubbed her head. Once Amilie was fully aware of what position the two of them were in, she noticed the girl looking up at her, her face slightly flustered.Bookmark here

“You know, I don’t fall in love on first dates,” the girl said with a wink.Bookmark here

“Enough jokes, give me back my pen you thief.”Bookmark here

“It takes one to know one.”Bookmark here

“Whatever, give me back my pen.”Bookmark here

“I would be careful if I were you. Look.”Bookmark here

Amilie looked up and noticed many girls stepping out of the shadows of the dark alleyway they were in. All of them were armed with black coated steel daggers and cloaked in black hoods. *Crap, I’m surrounded*, Amilie thought as she looked back down at the girl who had a large smirk across her face.Bookmark here

“So, why is this pen so important to you?”Bookmark here

“Why does it matter?”Bookmark here

“Just wondering why a young girl like you is going around stealing things from wealthy individuals like I saw today.”Bookmark here

“Because I wanted the money… And I was hoping to find Phantom Wolves. I have no mother, no father, and no place to call home.”Bookmark here

“Is that so? I have good news for you then.”Bookmark here

“You found the Phantom Wolves.”Bookmark here

Amilie was surprised as the girl handed her back the pen. Without warning the girl lean up and kissed Amilie on the cheek, taking her completely by surprise.Bookmark here

“Wait, what was that for?!”Bookmark here

“Not many end up passing our little test.”Bookmark here

“Yeah. Your test was to catch me, and you passed. Now, if you don’t mind…”Bookmark here

Amilie noticed the girl was blushing a soft shade of red.Bookmark here

“Could you get off of me? Unless you plan to take me too.”Bookmark here

With haste Amilie got off the girl.Bookmark here

“I’m Laverna by the way.”Bookmark here

“Well Ami, welcome to your new home as a member of the Phantom Wolves.”Bookmark here 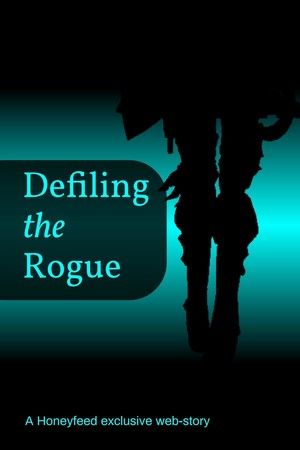