"Dreams? What is it? Stories and images that our mind creates while we sleep. They can be vivid. They can make you feel happy, sad, or scared. And they may seem confusing or perfectly rational. This what we tend to believe but for me, a dream is nothing but a continuous cycle of death and rebirth. I die every night in my dreams only to be reborn again next time"Bookmark here

The room was the same as ever. Windowless, dark with no light to illuminate even the floor below. His back was straddled with the cold metallic frame of the chair, his dark emotionless eyes staring into the oblivion ahead. No sound was ever heard except a low humming sound which he thought was the airflow coming through some ventilation if there was one or it could have escaped from the small gaps in the old door frame. Bookmark here

It has always been like this. Cold and lonely. This room was him and he was the sole prisoner of himself. No one would ever visit him except the loud sound of boots which always came from the other side, the door would always be opened as the dark figure would step in with a small gun in his hand. Sidharth could never see his face and then it would begin.Bookmark here

He would cock the gun and place the cold barrel directly against his forehead. The roughness of the old gun always scratched his skin causing it to bleed not that it ever mattered since he was going to die a few seconds later. In front of death, these injuries were nothing.Bookmark here

The voice would always be the inhuman, sound of ten men speaking together in a hiss.Bookmark here

"What is Freedom?" They would ask.Bookmark here

And they never accepted silence for an answer. They would wait for three seconds and if you don't reply you feel a strong jab on your stomach which will result in an intolerable pain coursing through your body.Bookmark here

"What is Freedom?" They would continue to ask until you say it.Bookmark here

They would never let him complete it and push a knife through his shoulder blades making him feel even more pain.Bookmark here

Freedom is a lie,Bookmark here

Peace is the truth"Bookmark here

Sidharth looked towards the unknown person and smiled.Bookmark here

"You can never kill a dead man" Bookmark here

At the end of this dream, Sidharth always wondered what is it that he desired? Was it death by accepting the new order of the world? Or was it by crushing Avalon and finally achieving the true freedom he has always dreamt of. Bookmark here

He didn't have the answer, not at that time.Bookmark here

"How many freaking stairs, does this building has?"Bookmark here

Sidharth groaned, he was holding his knees almost out of breath, a drop of sweat trickled down his scalp and hit the cold stone surface of the never-ending chasm of stairs, and he still had another fifty flights to climb. The building was a hundred flights up, and for a young growing boy like Sidharth, it should have been an easy task. But thanks to his all-nighter along with having just an apple for breakfast didn't help his body.Bookmark here

"Ugh... Having so many stairs should be illegal!"Bookmark here

Sidharth had already simulated this entire process last night, he was supposed to enter the Odysseus Tower by 10:55 and then take the elevator to the rooftop. By 11:10 he would have reached the rooftop hall and would have already begun his attack on the free buffet. But thanks to a certain CEO, all of his delicate planning had been snatched away from his arms and flushed down the drain like it was nothing.Bookmark here

After another gruelling flight of stairs, he slumped his exhausted body on the landing, opposite to the black door with the signboard saying 'Only Officials allowed'. Sidharth was out of breath, he took deep breaths trying to regain his composure. Sidharth has never been a fan of walking or running more than needed and yet today he was being forced to do so and he hated every moment of it.Bookmark here

"Neha I am so so going to make you pay for this once all of this is over!" He screamed into the empty staircase, his voice echoing through the fifty floors down below. Unknown to him Neha was well aware of his unhealthy lifestyle and all of this was nothing but a simple plan to make him workout even if it was just a little.Bookmark here

Sidharth slowly regained his composure, wiping out the sweat from his brows he finally stood up and steeled himself for another gruelling hike up to the Rooftop banquet hall. He hated all of this, he hated unnecessary exercise and sweating but there was something he hated more than all this and that was losing to someone.Bookmark here

That's why no matter what happens, he will definitely reach the rooftop even if it physically kills him.Bookmark here

Just as he was about to begin his climb a sudden ping from his smartphone caught his attention usually he would have ignored it but something told him this was important and if he didn't reply to this text he would be a goner.Bookmark here

His fingers slid into the pocket of his black joggers and grips the smartphone, bringing it out.Bookmark here

The messages were from Prishu and it said: "If you don't return to school right now, you won't be allowed to have dinner"Bookmark here

"Haa!!! Why?! Ugh…. Give me a break already?" Sidharth groused as he continued his hike. "Today really is my bad day"Bookmark here

"No matter how many eras pass humans always remain the same,Bookmark here

Starting Wars in name of peace. They have always been like this. Their very existence incites violence and this will continue until the end of mankind…" Athena softly whispered. Bookmark here

Her skin was white as snow, she was barefooted as she wandered through the white hallway, her piercing grey eyes seemed to be glaring intently at a huge poster at the end of the hall, the poster had the picture of a young man who looked as if he was in his mid-thirties was wearing a crown and was smiling as if he was the ruler of the entire world. Bookmark here

In captions of the poster, it was written, Bookmark here

"A World without Borders is a World Without War,Bookmark here

Freedom is a Lie,Bookmark here

Peace is the truth."Bookmark here

'The order of the new world?' Athena wondered as she glared at the face of the king. Her face changed expression from complete displeasure to one with no interest what so ever on the particular individual.Bookmark here

"He is not capable of handling me. I need someone else someone who is like me… Someone who desires change, someone who is crazy enough to make this entire world his enemy" She murmured. Her fingers playing with her loose golden strand "After all a person with just imaginary desire are nothing but show-offs. Simply pushing off your ideals over others doesn't bring forth the change. Change can only be brought by someone who possesses the desire to change himself and others. And the person who possesses that desire will be the one who will become by Basileus Candidate"Bookmark here

Her eyes sparkled as she saw a sign that said Nemesis Lab: 'Entry restricted for everyone except Professor Neha'Bookmark here

Without thinking twice Athena walked through the walls and entered the restricted room. Bookmark here

The moment Athena entered the room, the entire fate of the world had begun to alter. The rusted wheels of destiny that had stopped moving once begun to move. What is going to happen? Bookmark here

Only time would tell. Bookmark here 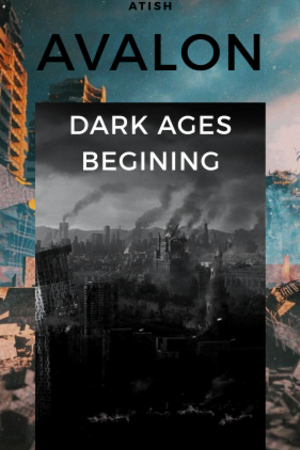