I am her, she is me, we are one. This time, I wanted to experience something different. Using the power of my Angel and the eighth bullet, Het, I had summoned forth a complete carbon copy of myself. It was me in both body and mind. Sharing all my experiences, memories, and abilities, the clone — bound by my own doing — was ready. Her beautiful and lustful body would serve as my release from all the stress my power had consumed.Bookmark here

I knew her, she knew me, we both knew what would happen. Like a predator in the wild, I made my way over to her. She was dressed just as I was: long black hair tied in a pair of uneven twin-tails, the crimson and black frills of the Astral Dress combined with a pair of black pantyhose and laced up matching boots. Everything was prefect. Slowly I began to undo the laces on her boots, stripping her of the boots that I so loved. Running my fingers up the soles of her stockings made her toes wiggle for a bit.Bookmark here

Stimulating her feet more caused her to giggle in a cute way as her feet started to wiggle even more. Working my hands up her legs as I straddled her hips, I leaned in closer to her face. Even though she was me I felt compelled to kiss her lips. She was enticing, even to me. Kissing her lips gently, I allowed my hands to explore the rest of her petite body. Feeling her firm breast in my hands, I could see her nipples starting to show through the dress. Pulling down the straps slowly from her shoulders and pulling down the dress slightly revealed matching bra with frills.Bookmark here

With a smile, I unhooked the bra with ease and peeled it away, revealing her breast before my eyes. Her nipples were fulled erected as I began to stroke a single finger around the tip of her left breast. She was breathing at a steady peace and it was clear from her facial expressions that she was enjoying the pleasure I was treating her with. Pleasure, pain, both are apart of me. She the masochist, I the sadist, in essence a sadomasochist. The dual edge sword, like me — like her.Bookmark here

She moaned softly as I pinched down on her nipple. The harder I played with her, the louder she moaned. Yet, I knew I was not done, she knew I had only begun. It was my first time hearing about the things humans would do to each other when in positions of restraint. One such idea I saw appeared rather fun to me. If I was going to try it, now was the moment. Moving back down her body, I gently grabbed her feet. Slowly rubbing them, I bought my nose closer to her toes.Bookmark here

The aroma was one of odd pleasure. It smelt of something the humans called rubbing alcohol — or something close in nature to it. Sniffing once more, I made sure to inhale a good scent as I enjoyed the pleasure of watching her toes wiggles. Moving my mouth close to her feet, I used my warm tongue to slowly lick from the heels of her feet and began working my way up past her arches. She moaned softly as her toes uncurled — her feet relaxing from the pleasure of my tongue. Once I had passed the balls of her feet, I carefully licked across her toes.Bookmark here

Her moaning only became louder as I latched my mouth onto her toes and sucked on them gently. This was a pleasure I had yet to experience. Complete control, ultimate submission. Grabbing her stockings at the toes, I carefully ripped them open — revealing her pale-ivory small bare feet. She had beautiful feet and yet, I had never bothered to notice until now. Grabbing a feathery brush that I had bought online, I teased her bare soles from heel to toe. She couldn’t help but giggle as I tickled her soles.Bookmark here

Using the soft feather to tease the rest of her body, I straddled her hips once again. This time I pulled back her skirt, revealing the crimson black frill panties that she was wearing. Teasing slowly up her thighs caused her to moan even louder than she had before. Watching her body buck in the bondage made it all the more enticing. Brushing over her most weakest area for just a second made her body jerk for only a second. I could no longer hold back.Bookmark here

Brushing her weakest area in small circle strokes caused her to moan and buck in a constant rhythm. The faster I went the more her body shook until finally she had succumb to the pleasure of a euphoric orgasm. A small stain had appeared on her panties but it was okay. Soon, she would be me, I would be her, we would be one.Bookmark here

She was mine, I was hers, we were bound by one entity — time.Bookmark here 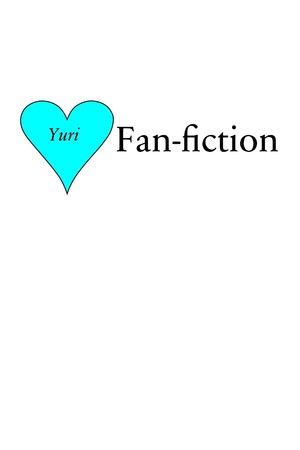