Episode Ten: Guilt of a Corpse

How many days has it been since that day?

When she woke up, she was in the middle of something of a crater. It was too small to be a crater but she could tell there were some changes in the environment. She must’ve made this dent in this world. Lilith had a very hard time trying to piece together what happened as she tried to take in the sight before her.

While trees and other environmental surroundings were heavily damaged, there were some human and horse bodies strewn about - but none of them were people she recognized before. There was certainly blood, amongst other things, scattered around her. Immediately, Lilith had to hide her eyes from the sight.

She wept for them. It was extremely hard to tell how long she wept there. Lilith’s guilt completely overwhelmed her. Dirt had mixed in with her tears as she berated herself for being a demon. Because of her, these people had to die. Even though they were with Deacon’s father, even if they intended to possibly harm her, they were still people. They had lived and worse yet, the animals had nothing to do with the situation at hand. And yet, their carcasses littered the area.

And still, the world turned.

She had to learn how to dig graves in those days. It was the least she could’ve done for them. Her head throbbed and waned as she did that. When her magic tried to make her digging easier, Lilith would get angry. She’d curse and she’d cry.

It’s because of this magic that caused that bubble and it was this demon within her that exploded and killed these people. Surely, they were probably not fully innocent, but again, they were still people. This is the result of the magic she was forced to bear. She had this type of power the whole time, but her father merely wanted her to study it. Was it a form of control? Was that the purpose of a Master?

Regardless, Lilith did something unforgivable. Samher would never welcome Lilith back into his kingdom when she dies, whenever that was. She didn’t deserve His kindness, but she had always known that it wouldn’t have happened. There was hope that she could somehow repress her magic for Deacon, formerly Priest Deacon, to be a true believer of His.

She apologized to them as she buried them as best she could. Her hands bled and blistered. It hurt every time and it took her a long time to do it. And she still didn’t finish burying them. Lilith decided to bury the humans first. It was hard because the body parts had scattered around them - she didn’t know whose part belonged to who. She apologized once more every time she placed the body parts with the body. Sometimes, and she would realize it way too late, she put more body parts in one grave than the other but she did her best to clean it up.

Once she was finished with the humans, she sat down on the ground and cried once more.

How long has it been since that day? She wouldn’t know; her tiny body shuddered and shivered and ached and waned. Lilith could tell that her body was vulnerable to the elements but she just let the air blow through her and the poor witch wanted to perish here. She thought she deserved it.

She could see all the animal bodies she had yet to bury and felt her body fall to the ground.

Lilith was exhausted. It’s easy to say she was exhausted but she was far beyond exhausted. She could see which blisters burst and which had yet to. She saw where rocks and sticks had scratched her and where bugs haad bitten her. Her blue hair covered her mouth and it was thick and heavy. Her glasses fell to the ground and it had long since been dirty. Everything felt heavy. She had to take off her bag long ago but she still chose to lie here next to it.

It only contained the nightgown. It felt somewhat heavier but perhaps it was because she was so weakened by the burials. She had to eventually do the animals soon or the bigger animals would come and attack them.

Let them come. I’m a demon’s child after all. Samher would’ve never accepted me.

Perhaps that’s why her mother had gotten ill - Samher wanted to punish her for her crimes. She was a witch too, wasn’t she? After all, her father’s magic was never strong in the first place. Her mother was probably the stronger of the two but Samher decided to take her away as punishment. And so, she expected death when Lilith allowed herself to succumb to her tired body. It ached, it hungered, it thirsted, but it needed rest.

Somehow, Lilith woke up once again in a strange place. She realized it was comfortable and, in a room, where she didn’t recognize anything. Her bag hung on a post of the bed casually. Her head pounded even more so and she could barely see anything. Frantically, she looked for her glasses only to find it on the nightstand next to her. Lilith did notice she wore the nightgown that was in her bag but she was more curious about where she was and who brought her in.

Her heart managed to find the energy to slam against her chest the less she saw a sign of life in the room she was in beside herself. The thought of a stranger finding her terrified her and letting her live… there had to be some kind of cost for it. To her, things were worse because she just could not move. The more time passed, the more

Lilith turned her head and saw that it had been night the entire time. However, instead of the creepy nights that lingered around Frostkin, this darkness was almost calming.

It was too calm.

But Lilith couldn’t find the strength to get up. She also saw that there was a full moon that peeked through the curtains of the window. They were simple red curtains and seemed to be made from cheap material - not that it looked bad. It was just cheap. For some reason, that stood out to her and it was oddly soothing to the young witch. Her arms and legs ached from all the burials she had done before.

Lilith turned away from the window and started to look at her person. For the most part, her body still had the blisters, scars, bites, and more from earlier, but her body was clean. She felt clean and she didn’t seem to feel any additional pain or anything else out of the ordinary.

But while her body was exhausted, her mind wasn’t. She wanted to get up and look in her bag. She didn’t know what could make it so heavy to her but she couldn’t move. She had no choice but to move. Lilith hoped that the person who saved her was a kind one, though already the fact they saved her in the first place.

When the door finally opened, it surprised Lilith so much that she let out a gasp. The footsteps didn’t sound too foreboding to Lilith, but it’s not like she could move or anything. Whoever those footsteps belonged to, Lilith would have to face them no matter what.

Finally, she walked in. From what Lilith could tell, she seemed to be rather tall and had quite the bosom as well. Her wavy strawberry blonde hair was tied up in a way that could be described as a half-ponytail. It was still rather long; Lilith couldn’t imagine how it looked when it was all down. She looked rather tired and Lilith could see, somewhat, that she had green eyes. Her lips were rather pouty but she didn’t look particularly mad or anything negative.

Did this woman rescue me?

She wore an outfit that would be best described as a nightgown but it looked completely different than the one she currently had on. Her nightgown was much shorter than hers was, but it wasn’t as though she was ashamed of it either way. She seemed very curvaceous - much different than the women she had seen before in Frostkin.

Once she was fully in the room, she turned to Lilith and crossed her arms. There was a certain elegance to her that she couldn’t place, even though she seemed a bit lax in crossing her arms. Even if Lilith had the power to do anything, she just immediately got the sense that this woman could take her down right away. 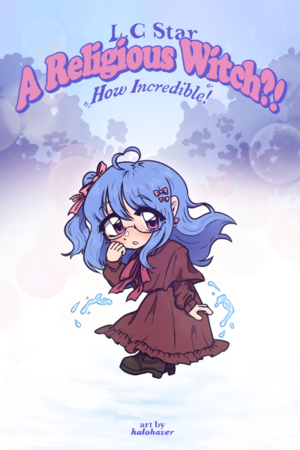