Diaries Of A Roboto Artiste

In many ways programming was different from writing books: in books, there was never any sense that you would get a stack overflow error or an underflow error. The errors that existed did not prevent the overall thing from existing as a book, although certainly it would cause issues trying to interpret it, as if your mind were a command prompt. For the artist, his instruments are paints, inks, and various kind of pens and pencils. For the writer, their pants were the words on the page. Because of how difference each means of expression were, it was easy to become proficient at both without confusing any of them.Bookmark here

In a way producing things in this manner is a way of taking yourself away from the present issues of this world. Yet the world was becoming a hallowed shell of its formal self, just a room filled with scattered bits of pages. Various circuit boards littered all over the desk is disrepair. The remnants of newspapers burnt and ground to dust inside a mortar and pestle. Mixed with water, the mixture painted onto canvases. I suppose in a sense I was tired of means of self expression being used purely for the purpose of building larger things, preferring instead to analyze each and every part. It didn’t help that every thing I analyzed seemed to be in a bit of a mess.Bookmark here

Economically a lot of things have been going on, although by no means will I turn this into a news report. It’s probably not anything you haven’t already heard, whether that’s reactionaries storming the capital, or Antifa being more generally shitty. I never much believed in the idea of things being evergreen, after all the purpose of a work of fiction is to relay information, just as much as it to entertain. Several movies in a dying theater industry could be pointed to, to express the nature of a dying motion picture industry. I suppose in a way, this stuff has become so mundane, that it no longer really feels like news. Even things like sex, when you’re fully immersed in it, no longer feel interesting enough to talk about, if you’re the type that only talks about things if it is new information. Living inside, and staying in your room all day is filled with constant sameness. However this isn’t a story about the pandemic.Bookmark here

In previous years I would probably have participated in Nanowrimo, however if there was ever any interest in such a thing, now it was no longer the case by Twitter’s tendency to sap out whatever previous interest you once had in a thing, and seemed flooding your brain with constant advertisements. Although recently changes seemed to be happening to the feed, that enabled the overall experience to be quieter than normal. Being able to mute a bunch of people helps with the experience. However I still would absolutely never recommend a micro blogging service, when you can make the same thing using a Tiddlywiki. And contrary to some people saying things become dated, the entire point of free software is you can take older software, and learn how it works in the inside. Even with the changes in Github, and the way free software has somehow managed to become a political, rather than a social issue, there is still a lot of that still present. Secure Scuttlebutt used to be a boon for me, until extremely recently.Bookmark here

I partially attribute the new influx of users, with the recent purges that have been happening on twitter sense removing DJT. I recently had this one guy that kept trying to drag me down to his level, so eventually I had to privately ignore him, which is similar to muting on twitter, except that when you do that it actually removes them from your feed, because they opted to not enable post sharing. I honestly think most of these people are going to leave, when they find out this software wasn’t what they were expecting. I just hope that it doesn’t become politically divided, as it seems like right-wingers ( and yes, also Leftists ) seemed to be determined to drag everyone else into their civil war. I have a lot to say on that particular issue, but not enough time or energy.Bookmark here

I’m already the kind of person where I mostly only have the concentration to be able to write at night, especially sense my parents have not quite figured out that interrupting me in my creative process, is quite literally violating my personal space.Bookmark here

But once I move out, I’m hoping this will change.Bookmark here

At least I have my Japanese futon.Bookmark here 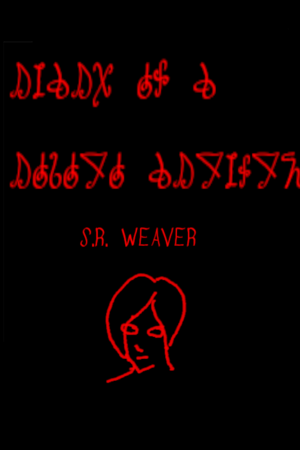 Diaries Of A Roboto Artiste