“Don’t worry, you’re safe now. He’s gone.” A woman’s soft voice came through like a slow melody amidst the chaos. She looked down at the small boy, her arms stretched over him like a shield. Her arms were warm and secure. “I’ll stay as long as you want, but when you’re ready, why don’t you come with me?” She smiled, holding the boy as he shook under her. “It’s all right, you’re safe now… shh…” She began humming a soft melody in his ear as he cried. Bookmark here

So young, and his whole world was gone. His mother, the only shield he knew, was dead, and now there was this new protector. The melody continued as she wrapped her arms around him, slowly shifting to sit up and cross her legs. After a few moments, the boy picked his head up off the carpeted floor and laid it on her lap. Bookmark here

He could barely keep his eyes open and they were red and puffy from crying. She watched as his once chocolate-brown eyes flickered and burned with a brilliant blue as though he was being born anew. In some ways she supposed he was. The transformation had to be excruciating, but she knew his tears weren’t from physical pain. Although barely old enough to remember, he still felt the emptiness.Bookmark here

“No rush at all little one...”Bookmark here

The boy looked up into the woman’s eyes, which were blue as well, and glowing. He felt like she was…the same. Slowly he pulled himself up onto his feet. Bookmark here

The woman smiled, ushering him out the door and into her car. It took them about 20 minutes to get to her house—a fairly large one. The woman looked in the rear-view mirror back at the young boy, but his eyes were blank. She opened her door and got out, waiting for a moment to see if he would follow. What can I do? she wondered. That’s when she had an idea. “Hang on a second, all right?” Bookmark here

She closed the door and walked inside the house while the boy waited in the car. Moments later she came back out smiling, with a girl about the same age as the boy. He tilted his head as the girl stepped off the porch and opened the back door opposite him and climbed in. Bookmark here

Her eyes were hazel, and her short hair was pulled back into a ponytail. The girl had a smile on her face as she sat beside him. “I’m Himari,” she said. The boy blinked and muttered for a moment as if trying to find his words. Bookmark here

The girl tilted her head then turned a bit to poke her head out the open door. “Hey mom, his name is Kai!” The woman smiled and nodded as the girl turned back. “Well Kai, welcome to our home, which I guess is your home too now.” She stepped out of the car holding out her hand, and the boy took it gently, climbing out. She led him over to the woman. Bookmark here

“I hope you don’t mind, I just thought it might be easier for you to talk to my daughter.” The boy looked up at the woman and tilted his head.
Bookmark here

Smiling, she nodded and led them into the house. Once inside she turned back to the girl. Bookmark here

“Show him the extra room, and make sure it has the blackout curtains, okay? I think we’re the same, but even my eyes are sensitive.” The girl nodded and hurried up the staircase at the centre of the hall. “Go ahead with her, it’s all right.” She smiled and the boy nodded, following the girl. Bookmark here

Once upstairs he just leaned on the wall while she worked. Bookmark here

“Hey, are you just going to sit there like a bump on a log?” She was smart for a five-year-old. The boy just stared blankly which angered her a bit. She clenched her fist then relaxed, walking towards him and pushing him down. The boy made a small noise as he hit the ground, but other than that he stayed silent. Bookmark here

“Well, you’re not that much bigger than I am, and you don’t seem to defend yourself very well.” She crossed her arms. “Come on Kai, stick up for yourself!” She sighed as the boy just looked at her with his big, bright blue eyes. “Oh, jeez.” The girl smirked, sitting atop his chest and crossing her arms again. “So, now what?” She rolled her eyes when a sound came from downstairs. She sighed getting off the boy and making her way down the stairs, leaving him alone.Bookmark here

The woman was in the kitchen cutting up some vegetables when the girl found her. Bookmark here

` Himari sighed again and nodded. “All right, but he really does need to toughen up.” Bookmark here

Turning around, the woman put her hand on her daughter’s shoulderBookmark here

“I know that you’re concerned for him, Himari. You may not act like it, but I know you. If you really want to toughen him up that’s fine—just wait a couple of weeks, deal?” Bookmark here

The woman smiled. “That’s a good girl. I have to go into work early again tomorrow, so I’ll make sure breakfast is on the table before I leave. Please watch over Kai?” she asked, shoving some veggies and chicken into a pot. She retrieved a bag of long noodles from the fridge and added them in as well. “Set the table, please.” Bookmark here

Himari nodded and put plates and cups on the table as the woman set down the pot of pasta then went over by the stairs. “Kai, its dinner time!” Kai came down the stairs a few minutes later and pulled up a chair at the table. Himari chose to sit right by Kai as the woman sat across from them. Bookmark here

“Kai, I will have to go to work early in the morning so Himari will stay here with you. If you need anything at all, Himari has my number, and my office is less than 5 minutes away.” Kai nodded as he twirled another bite on his fork and stuffed it into his mouth. Bookmark here

After dinner he went back upstairs and into his room. It had been a long day and he was tired. Himari followed him, standing outside his door. Bookmark here

“Hey, sorry about earlier. I tend to get a little carried away I guess.”
Bookmark here

Kai looked over at Himari and smiled. “It’s ok, it wasn’t that bad.” Bookmark here

She chuckled a little and nodded. “Night-night, Kai,” she said walking to her room. Bookmark here

“Night Himari,” he said quietly looking at the bed. He pulled the covers back and climbed in, removing his shirt. He then fluffed up the pillow and after about 20 minutes he finally fell asleep.Bookmark here

The next day Kai groaned as the sun came through a window that Himari had forgotten to cover. It wasn’t dangerous or anything, just annoying. He rolled out of bed, walking over to a closet that Himari’s mom had already packed with clothes. He decided on a blue T-shirt and jeans, pulling the jeans over his waist, then picking up the shirt and slipping it over his frame. Bookmark here

Nodding in contentment, he opened the door only to be tackled by Himari. Bookmark here

“H...ey!” he screamed as he landed on his back. Bookmark here

“Gotta be faster than that, bud,” she said. Bookmark here

Groaning, he looked up at her. “I thought you said you weren’t going to do this anymore.” Bookmark here

She laughed, getting off him and holding out her hand. “I said I was sorry for last night, not that I wouldn’t do it again.” She heaved him upward. “Come on, breakfast is on the table.” Kai nodded and followed her downstairs to the kitchen
Bookmark here

On the table were an assortment of pancakes and waffles, and a pitcher of orange juice. Kai got his plate and scooped a big pancake onto it. Bookmark here

“Whoa there, you sure you’re going to be able to eat all that?” Bookmark here

He turned to Himari and nodded. She liked him, she couldn’t deny that. Sure, he was shy and a little stand-offish, but who wouldn’t be after everything he’d been through? He would get better soon enough—she would make sure of it, she thought with an evil spark in her eye. Bookmark here

“So, whaf dowes youwr moam do, anyeway?” he asked with a mouth full of pancake. Bookmark here

She scowled and backhanded him behind his head. “Don’t talk with your mouth full.” He nodded, swallowing the bite and rubbing the back of his head. Bookmark here

“I don’t know what she does, something to do with the government. Policing or something. That is how she found you after all.” Bookmark here

Himari smiled. “She would do anything to protect us,” she said confidently.Bookmark here

“But, Ms. Mai...er…Ma’am, you said it yourself, you confirmed it—he is the one we have been looking for, for centuries!”
Bookmark here

The woman folded her hands on her desk. “It’s not the right time, Klein.” Bookmark here

The tall figure shook his head. “This is the first we’ve seen of the bloodline; how can you just pass it by?!” Bookmark here

Mrs. Hinata suddenly slammed her hands on the desk, pushing herself up, her pale skin turned a shade of red. Bookmark here

“You’re repeating yourself, Klein. Not only that but I have made my decision!” Bookmark here

“And what if the enemy catches wind of him? They’ll come at us harder than ever!” the man argued back. Bookmark here

At this point Mrs. Hinata was rubbing the bridge of her nose. “I know you’re concerned for my safety, Klein, but the boy is under my protection and that is the end of it. If there comes a time when I feel he is ready to learn about this, I will decide when and how it will be revealed, understood?” Bookmark here

The figure sighed and headed towards the door. “You are such a ‘mother,’” he said as he turned the doorknob. Bookmark here

“Remember Klein, there is nothing wrong with maternal instincts,” Mrs. Hinata said as the figure disappeared through the door, a chuckle escaping his lips.
D 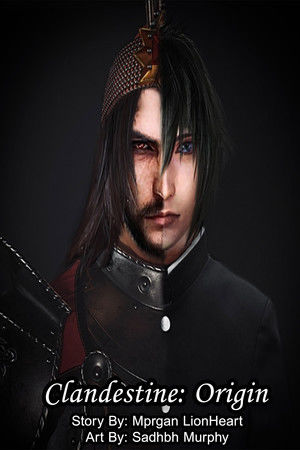