Ah. I woke up to the wonderful sound of the alarm.

Not a gentle beep nor the ring of music. It was the obnoxious army-siren kind of alarm you would hear tearing through the air during disaster evacuations.

I’m curious as to why I even settled with that as the ringtone in the first place.

To the annoyance I felt, I almost slammed my fist into my phone, realizing that I should probably gently tap on the stop button instead-- for my phone to shut the hell up.

With the alarm now gone, I rose up from bed and noticed how my vision was blurry, it’s like there’s water..

I raised my hands to touch my cheeks.

Oh, that's right, I remember now. I’m an existence so rare, it is said to happen in 1 out of a million people— you know, I don’t want to talk about it.

And I made a mistake.

Welp, not that I’ll sleep any more. Whatever, I’ll spend some time reading manga while waiting for it to ring again— so I can shut it up. Yup, that’ll act as a good substitute for an extra 5 minute of z’s.

I picked up my phone.

On it I saw a suspicious, pink, cutesy icon. It even had a picture of a diva I don’t recognize. Top notch stuff— if I were a pervert, that is— not that I am.

“What‘s this?” It was right there, slap-dab in the middle of my phone. I’m sure that spot was where my manga reader app was in before. WAIT, where did my manga reader disappear to!?

I swear if this was the doing of my little sister, I’ll kill her— like I would do that. She’s like the cutest little devil that ever existed..

Killing her isn’t enough.. she has to suffer..

I’ll ask her about it when I get back from school.

“I’ll be going!” I tapped the front of my shoes and made sure it fitted snugly.

“Stay safe!” My mom yelled. It sorta reminded me of those scary days when I made her mad in the past.

“Alright..” I pumped myself up in preparation.

With that, I opened the door and set off towards my new journey to school. Well, I mean, I’m 16, so I’ve technically been in school for almost a decade now? Key word: new journey.

My new journey as a TALENTLESS.

School was 20 minute away by foot. Though so, the journey itself is a harsh one. I have to carry this heavy schoolbag behind my aching back every time.

Your typical two-story houses lined the streets, a road where cars would infrequently pass by, trees interspersed at intervals together with streetlight poles.

Prune? Yeah, Prune. I know her name sounds weird, it’s a fruit, but don’t ask me, ask her parents.

Her bluish white hair shimmered under the lights of dawn, two fluffy ears peeking from her silver hair, matching exceptionally well with her white uniform. Not to mention that pristine bushy tail underneath her skirt.

The cute blue school bag she carried for some odd reason was smaller than my own. I don’t get how some people bring less books to school when practically every textbook is required in class. On one day the teacher would use this book, another day, that book. I always get caught up in that mess, forgetting to bring the aforementioned textbook, and had to borrow her’s, since she sat right next to me.

Fluffy ears you say? Well, her birthday was a week ago, and since then, her real ears disappeared, replaced by those two up top. Her hair that was supposed to be white turned a beautiful snow colour. Basically, she has become a demi-human of sorts. That’s her TALENT.

She looked this way and when her eyes met mine, she quickened her pace down the road. It’s been like this for some time now, she’s avoiding me for some reason.

Have I told you about that person Gruan? That dick head? His TALENT is super strength and super endurance, like the typical superhero kind— antihero kind.

Peaking into the classroom, I was fortunate to see that he wasn’t around. Good. I proceeded to my seat, the middle-back of the class right to the side of the window. I could look at the school field if I ever became bored at any point in time. Which I usually did. Not that teacher gave two cents since I topped the class anyways.

I passed by Prune’s table to see her with her head lowered— it’s the same today too.

In any case, I took out my planner and started jotting down ideas for the coming months, the summer holidays. Since I’m a TALENTLESS, I better get to work figuring out what I should do. My future is bright, so bright in fact, the light bulb blew up.

“It’s Noel, N-O-E-L you need me to spell it out for you?”— I almost retorted but I kept my mouth shut.

“Shellfish, whatcha’ doing there?” Gruan wrapped his arms around my neck, like a truck pushing down on me— a ridicule, by the way, which basically means that he’s fat.

“Gruan. Please,” I squeaked. Though I say a bunch of crap stuff about him inside my thoughts, in truth, I’m your everyday introvert. Someone who— hates these kinds of people. I don’t even get why I’m his ‘one-and-only’ target in the first place.

“Then pay up. Give me your maths homework.”

Oh damn. Not this again, I can already imagine being found out by the teachers. No matter how many times I tell him not to copy word for word, in this case, number for number, he just wouldn’t listen. Whatever. That’s his problem. I’ve already notified the teachers about it, they can’t do anything since he’s from a pretty well known family. Of course, school authorities ‘will’ take action when things fall out of hand but as it is currently, I’m the school’s salvation. Gruan’s punching bag. It would’ve been worse if he targeted the teachers.

Moreover, it’s already the end of the school year. The better question to ask would be why Mr. Smith is still giving us homework?

I poured open my school bag and gingerly passed him my math’s exercise book.

“Thanks,” he gave me one of the most disgusting smiles I’ve ever seen.

Though I beat up Gruan in my mind using profane words often due to his detestable personality, he’s in fact a super good looking dude. I mean, literally. He keeps his hair neat and suave looking using hair gel. I’ve never seen a day where he’s suffering from a bad hair day, whatever he calls it.

He returned to his seat, and started copying my work into his book— and also in mine.

Ah, yes. My name was called out during the assembly. I topped the class again.

I went up on stage and recovered the trophy, applauses ran through the crowd. I’m sure it was mingled in with a few jeers.

I shook hands with the school Principal, receiving the certificate that came with the award. The report card would be distributed later.

The follow up was Prune, taking second place. Yeah, she’s a genius. Whatever, I’m sure many people would fawn all over her next year.

No. The applause given to her was even louder than mine when she shook hands with the Principal.

One more week to go before school ends this summer. The rest of the week would be devoted to partying. I need to remember to bring my novels to school tomorrow, cause I have no relevance to all that.

For those 16 years old onwards, there will be an afternoon session held in tandem with normal classes. Those who have passed their 16th birthday that had acquired their TALENT would go off into a separate class where the teachers will guide them to properly utilize their powers.

Some powers were incredibly useful, like Gruan’s inhuman strength or Ms. Yeo’s healing magic. Others like Prune were just random add-on’s. Though, that’s judging the book by the cover. I’m sure she has enhanced smelling or hearing or something like that.

Ms. Yeo, by the way, is the school nurse that heals up every now and then when I break a bone because of Gruan. Pain resistance is a necessary thing if you’re living my life.

My birthday was two day ago. I hadn’t gotten a special ability of any sorts. If one’s TALENT doesn’t appear within 24 hours after the birthday date, you can safely assume that the person in question is: TALENTLESS.

Of course, there is a chance I’ve just missed it, not realizing the talent had already manifested within me. Like Dylan, a classmate of mine, who had gotten something along the lines of enhanced memory..

Looks like I need to study more if I don’t want to lose out..

I look around class, at the few students who have yet to obtain their TALENTS, peacefully chatting. They probably decided to stay back to discuss tomorrow's party. Nobody noticed my existence or remembered my birthday— Oh, next will be Freya’s turn. The girl with the shoulder-length ponytail wearing a green jacket in the sweltering weather for fashionable purposes.. I think.

Heh, she noticed me? Did she read my thoughts?

Tearing away from her friends, she came over to my table, “Noel, isn’t your birthday supposed to be like, um, yesterday?”

“Yes?”Well, it was 2 days ago to be more accurate.

Freya showed me a sympathetic smile. What a nice fellow. Why did she come over all of a sudden? Was it because she was interested in my TALENT? I don’t really talk to her all that much in class unless there’s a group project or something. Could be that she’s just curious, yup.

“Sorry,” she lowered her head respectfully.

“It’s alright. I’ll figure out something.”

My future is bleak. I heard those who are TALENTLESS were cast out of society— treated like a disabled person. What a pity...

Dotturndot here. Thank you for reading and enjoy the story!! I've gone through one set of copy-editing for Volume 1 as of 20/11/2021. Errors and plot holes are inevitable so forgive me on that. 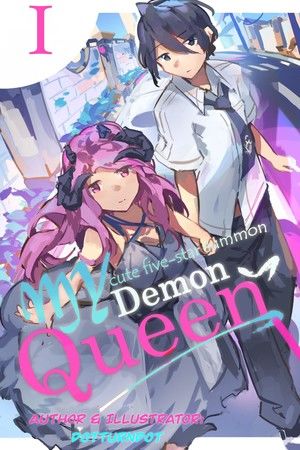