Though Faye had never been one for selfies, she’d kept two such photos across three different phones over the years. She stared with a smile at the one she used as her phone’s wallpaper: a picture of her and her high-school friends. If she hadn’t known better, Faye would have never imagined the five teenage girls with bright eyes and eager grins had held the fate of the world upon their shoulders.Bookmark here

She closed her eyes, picturing the second selfie—the image in her mind, rather than how the photo had turned out. The five of them together, in their vivid, colourful garments. She was Papillon again, her heart welling with fear and tension, yet wonder and anticipation…Bookmark here

When Faye opened her eyes, she noticed the time—six minutes after when she usually left for work. Her smile shrank as she put her phone away in her pocket, slung her tote bag over her shoulder, and took the elevator from the seventh floor down to the first.Bookmark here

The muted symphony of downtown Garden City erupted into full life as she pushed open the glass doors of the apartment building. Cars flowed through the street, a medley of electric-engine hums with the rare gas-powered rumble here and there. A bus rolled by the sidewalk, the gust of wind ruffling Faye’s light-brown hair. Down the street, a monorail train glided over the intersection ahead.Bookmark here

Faye munched on a granola bar as she prepared her mind for work. Not that today would be different in any way—just the same inputting of figures, names, addresses, whatever relevant information. Data entry wasn’t a glamorous career, but it paid decently and Garden City had no shortage of companies needing staff for that kind of work. It didn’t require advanced training, it wasn’t difficult, it was simple work. Routine work.Bookmark here

Just as she stuffed the wrapper into her jean-jacket pocket, a scream cut through the urban cacophony.Bookmark here

Faye’s head jerked up, her eyes wide. Her heart started to race, and deeper within, a familiar warmth flared up. That instinct had never gone away, it seemed, even with how long it’d been since she’d last heard panic in public. But no one was fleeing in terror from the source of the shout, and a few were even hurrying towards it. What could it have been, then?Bookmark here

With a deep breath, Faye hurried ahead, weaving around those in her way. When she reached the corner, she spotted several people around someone on the street. Faye ran between two parked cars and past a mangled bicycle with its front wheel missing. Approaching the scene, she asked, “What happened?”Bookmark here

One of the men standing there turned to Faye. “Some yahoo rear-ended her. He just sped off.” Bookmark here

The others there were kneeling to pick the injured bicyclist up. Faye closed in, bending down to help lift the woman up. Crimson smears stained the bicyclist’s skin and clothing, and every slight movement prompted sharp gasps from her. Along with the three or four other folks there, Faye carried out of the way of the waiting traffic, lowering her onto the sidewalk. “Are you okay?” she asked the woman.Bookmark here

Through a heavy breath, the woman replied, “My knee…I think it’s…!”Bookmark here

She was wearing kneepads, but given her scrapes and cuts, Faye imagined she’d hit the ground hard enough to still break or fracture something. Faye’s mind raced, trying to recall any details from the first-aid training she’d taken in her first job after high school. But nothing came back to her, nothing she felt confident enough to act on. Should she call for an ambulance? One of the men who’d helped was already on his phone; she caught the word “ambulance” leaving his mouth.Bookmark here

The adrenaline seeped away, along with the warmth deep within. Faye stood up and stepped back. She’d done all she could do here. At least it hadn’t been too serious. Faye turned and started away from the scene. Hopefully the ambulance would arrive soon, that the woman wasn’t too badly—Bookmark here

Before Faye could finish that thought, her head perked at the sight of a billowing white figure on the sidewalk just ahead of her. As it passed by her, Faye blinked a few times, unsure if she had imagined the ghost-like person. But the woman with wispy white hair and long pointed ears almost as pale was still there when she glanced over her shoulder.Bookmark here

The people at the front of the crowd turned towards the strange woman, despite her not making a sound. A few stepped out of the way, though the man who’d been on his phone gave her a particularly-shifty look. Faye walked closer as the pale woman knelt before the bicyclist, who stared at the newcomer with wide eyes. The injured woman shuddered as the locks around her ears puffed up ever so slightly—something Faye wouldn’t have noticed if she hadn’t known to watch for it. “Uhh…” The bicyclist blinked several times before her gaze returned to the strange woman. “Um, okay…”Bookmark here

The pale woman reached forward, her slender hands having only three long fingers and no thumb. The injured woman’s clothes began to ruffle, as if a gentle current was breezing over her skin. Though the bicyclist winced, she didn’t make any sounds of pain. A light wind brushed against Faye’s legs, which no one else seemed to react to—was it just her imagination, or something only she could feel?Bookmark here

She looked back just as the ghostly woman lifted her hands away. Though blood still stained the bicyclist’s skin, the cuts and scrapes had vanished. The injured woman tenderly tested her knee, each movement provoking a small twitch but no sharp cries of pain. “It…it doesn’t hurt nearly as bad now…”Bookmark here

The man who’d been on his phone knelt down, putting a hand on the woman’s shoulder. “You should still stay put. I’ve called for an ambulance, they can make sure you’re alright.”Bookmark here

The bicyclist nodded as the pale woman rose to her feet. As she brushed dust off of her loose white robe, Faye stared at the face of the strange woman. She would have seemed gaunt had her face had any visible bones. No mouth was upon the woman’s face, not even the faintest line where a human’s would be. Her eyes were a cloudy grey, like a stormy sky about to ignite with lightning—just like the eyes framed by similar faces that had borne no emotion while Faye and her friends withstood vicious gales; like eyes that had fixed upon Faye moments before a massive gust had launched Faye off of her feet, flinging her into the building behind her hard enough to make her vision blur…Bookmark here

The pale woman turned her face away, snapping Faye back to the present. She didn’t look back, didn’t make any gesture—had Faye’s stare seemed suspicious or judgemental? “I’m…” Faye started, but the woman didn’t respond to her voice.Bookmark here

Before the ghostly woman got too far away, the bicyclist called out, “Hey, thank you!”Bookmark here

The white woman stopped and turned around. This time, Faye knew the gentle breeze that passed over her from the direction of the woman wasn’t her imagination. She turned around once more, continuing on her way.Bookmark here

Behind Faye, one of the bystanders said, “I wasn’t hearing things then, right? You heard that? Was that…how they talk?”Bookmark here

“I guess so,” said another bystander. “I heard it too, felt it in my ears.”Bookmark here

The man kneeling by the bicyclist asked, “You okay? She didn’t do anything funny to you, right?”Bookmark here

“No, I feel…better, really.” The injured woman flexed her knee a few more times. “I thought it was broken, bu—” Her voice cut out with a quiet gasp. “Well, it isn’t as bad now…” She glanced around to the other bystanders, including Faye. “Who was she…what was she?”Bookmark here

The name of their kind, or at least what humans now called them, had escaped Faye’s mind in the excitement. “A sylphid,” Faye replied. “Some sort of wind-being.”Bookmark here

“I…I didn’t think Outsiders could do that,” the bicyclist continued. “Heal people, I mean. I guess that’s magic, huh.”Bookmark here

Even Faye wouldn’t have thought so, but then again, what limitations did any magical being have? She turned to the direction that the sylphid had gone, but couldn’t see the ghostly woman. Where had she gone? Where would she have gone, anyway? Surely she had been going somewhere before noticing the disturbance…Bookmark here

Wondering about that reminded Faye that she had her own place to get to, and would probably be late by now. The bicyclist seemed like she’d be fine, so Faye headed back to the intersection. Thankfully, the stop-handed changed to the walk symbol just as she arrived. Maybe if she kept a brisk pace, she’d make it to work on time.Bookmark here

But the more she tried to set her mind back on work, the more her pace slowed. How would it feel to have an injury mended by wind-like magic? Did it have a similar calming effect to a sylphid’s “voice”? What kind of human injuries could they treat? So many questions danced through her mind, mingled with what she knew about sylphids already…Bookmark here

…things an “ordinary” human like herself couldn’t possibly know.Bookmark here

Faye stopped for a moment to sigh, then continued on. She needed to get her mind in gear, but how could she not think about that Outsider? After all, what about normal could compare to magic?Bookmark here

She shook her head. She knew she shouldn’t let such thoughts cross her mind.Bookmark here

But she couldn’t deny how true it felt for her once-magical life.Bookmark here 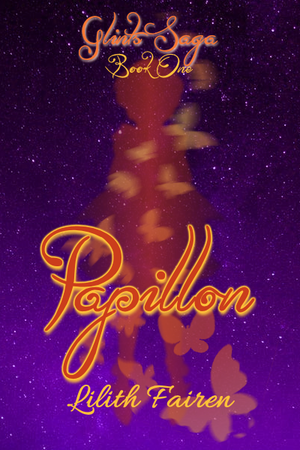