" Kagayaki? Hello earth to Kagayaki??" Her older sister started to shake her roughly. "Hōjō, remember when mother and father would take us to the carnival?"Bookmark here

Back when Onna was just three years old, tragedy struck. The Empress Of Japan, Empress Mioa was very angry with Naitō's decision to quit being a soldier in her kingdom.
Bookmark here

Naitō was one of the most powerful soldiers, he fought with passion, Mioa always loved that about him. She found herself falling in love with him. Falling in love with one of her soldiers was forbidden, but she didn't care! Naitō then fell in love with a beautiful woman named Nakano. He quit being a soldier for Mioa and married Nakano, had three children, and lived a very peaceful life. Mioa was filled with anger and jealousy. She thought to herself " Why would he not marry me? He chose to marry a peasant! "Bookmark here

Mioa had a plan, she and her remaining soldiers went to Naitō and Nakano's house to pay him an unexpected visit. One that would change everything.Bookmark here

" Naitō, pack your things and say goodbye to your family! You're working for me again!"Bookmark here

" I told you long ago Empress, I quit that life long ago"Bookmark here

" Soldiers, grab the children and take them back to the Kingdom immediately! "Bookmark here

Naitō's daughters tried to fight the soldiers but they were too strong! Naitō became furious and started shouting at the soldiers. Mioa started laughing at him. She looked straight at Nakano.Bookmark here

The Soldiers killed both Naitō and Nakano. Empress watched their lifeless bodies lay in cold blood. She ordered the soldiers to throw their bodies into a lake nearby. She now has Naitō's daughters and will force them to obey her rules. A tear started streaming down her face as she and her soldiers rode horses back to the Kingdom. The tears weren't of sadness, it was because she was happy Naitō and his wife were dead.Bookmark here

" Kagayaki? We have to eat dinner now!"Bookmark here

Kagayaki and her sisters all go downstairs into the dining room area. They all sit down to wait for everyone to join them.Bookmark here

" Hello girls, thank you for joining me for dinner"Bookmark here

" Onna. have you been studying?"Bookmark here

A loud thump was heard across the table. Kagayaki and Hōjō have a worried look in their eyes. Mioa walks over towards Onna and pulls her by the hair.Bookmark here

" Shut up you brat! “Bookmark here

Onna kicks and screams while in Niko’s arms, he gives her a hard slap to the face and that knocks her unconscious. Kagayaki furiously walks towards NikoBookmark here

“ I wouldn’t do anything crazy if I were you brat! You’ll just be making her punishment worse!” The Empress sips her wine and chuckles.Bookmark here

Kagayaki glares at the Empress and goes back to sit down and continue eating while tears start streaming down her face. Bookmark here

Night comes and a distraught Onna walks into the room, Kagayaki and Hojo run over to their hurt little sister. Bookmark here

“ WHAT DID HE DO TO YOU ONNA?? I WILL KILL HIM!” Kagayaki yells angrily, clenching her fist.Bookmark here

Onna starts crying hysterically in Hojo’s arms. She calms down to tell them what he did to her. Kagayaki looked in shock at what her little sister had told her. She wants to go to his room and kill him in his sleep Bookmark here

Onna told her not to do anything crazy, but it was too late. Kagayaki stormed into the hallway and kicked the Empress door open, she gave her a disgusted look.Bookmark here

“ I swear on my parents grave, if you had that disgusting man touch my little sister in any way I will kill him and you!”Bookmark here

Mioa started chuckling at Kagayaki. She walked over towards her and then gave her a slap across the face.Bookmark here

“ How dare you come in here threatening me and my servant you stupid brat! If you ever threaten me again I will do worse to your stupid weak little sister! “ she looked her in the eyes with anger. Bookmark here

Kagayaki started to tear up and clench her fistBookmark here

“ Your pathetic weak mother used to cry like that just before I killed her! You may think you’re strong but deep down you’re just a stupid weak brat just like your sisters.” Mioa laughed at her Bookmark here

“ YOU’RE WRONG! I’M STRONGER THAN YOU THINK YOU UGLY OLD HAG! IF YOU WEREN’T SO MEAN YOU WOULD PROBABLY HAVE A HUSBAND!Bookmark here

” Kagayaki grabbed the glass from her hand and poured the wine on her. Mioa yelled at her to get out of her room and she did.Bookmark here

“ That stupid brat will pay dearly!” Mioa said as she tried getting the stains out of her kimono.Bookmark here

Kagayaki told her sisters what she said to The Empress and they all started laughing. Hojo and Onna were sound asleep, but Kagayaki was still awake looking up at the ceiling and thinking about when she and her sisters would ever leave this horrible place.Bookmark here

“ Don’t worry Hojo and Onna, hopefully soon we will get out of this hell hold!”Bookmark here 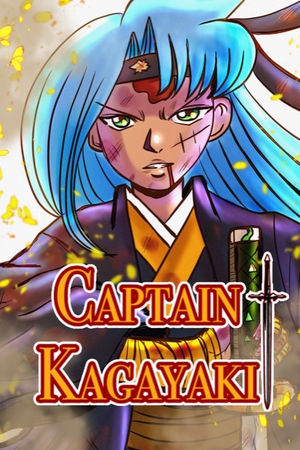