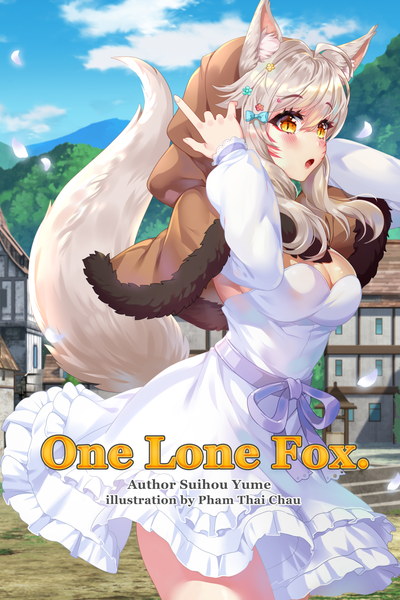 A fox mysteriously turned into a human, Kaya finds herself embroiled in a vengeful massacre at the merchant camp she’s woken up with. Narrowly fleeing the carnage, her faith in humanity is quickly restored by Dolo, a man who’s given his life to save her. Distraught by his sacrifice, she soon discovers a gift of her sudden transformation – the ability to heal all wounds and resurrect the dead.

Because of that, the two find themselves restlessly chased as their journey steers them towards the safety of the capital. However, as they near the heart of the kingdom, it seems that Kaya isn’t the only one with a target on her head.

Prompt: My New Life as a...
Theme(s): #Anthropomorphism #Fantasy
My themes: #Discovery #Journey

Prompt: My New Life as a...
Theme(s): #Anthropomorphism #Fantasy
My themes: #Discovery #Journey

5
Chapter 25: Afterword: For The Knowing Ones